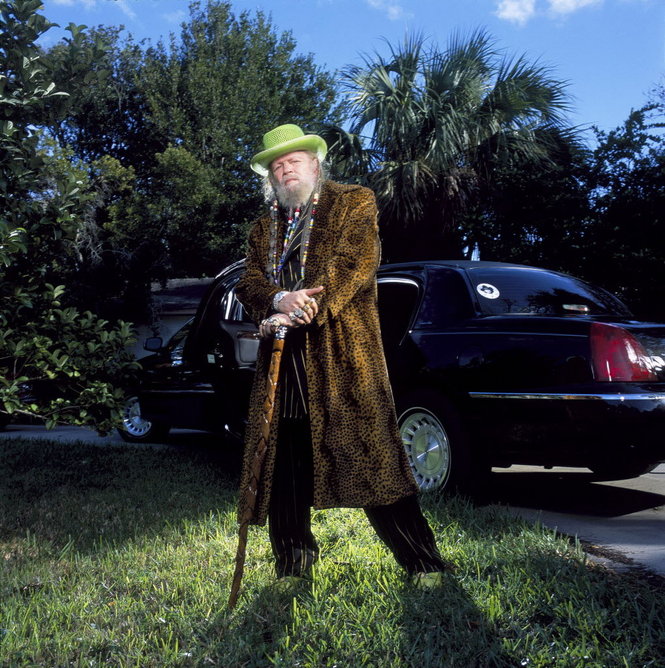 (This, my Thursday installment of “interesting,” for lack of a better word, concerts, has gone by several different names since its inception last month, most recently “The Top 5 Shows,” but I don’t think I’ve found the right title. What I’m looking for is a catchy phrase or word that really represents what I’m trying to get across here: the fact that not all of the concerts are Fort Worth-local and that they aren’t all “top,” just –– here comes that word again –– “interesting.” Until I come up with something better, please suffer through the ambiguity.)

1.) At least David Allan Coe is … interesting. No, he’s not referencing Proust in his lyrics or composing 10-minute suites for guitar, viola, and oboe, and, yes, most of his ballads are maudlin, and his redneck-rallying songs are nothing but self-deceiving attempts to sell records and sell concert tickets, but he’s often quick with a telling detail or hummable vocal melody.

Like most folks who don’t normally listen to C&W, I got turned on to him years ago via his racist/bigoted songs that may or may not have been intended for comedic effect and that we don’t need to mention here. I’d forgotten about him until I’d moved to Fort Worth and learned that he was the uncle (or great-uncle or grandfather or cousin; I can’t remember) of Pimpadelic’s Easy Jesus Coe, another musician with a bad rap but not without good reason. Getting wasted, committing murder, waving the rebel flag, fighting, cheating, being racist/bigoted –– it might all be just another day at a TCU frat house, but for the Coes, it is/was the stuff of their music and, presumably, their lives. Whether or not Coe the elder meant his dumb songs is immaterial. As the old saying goes, “Judge the poem, not the poet.” Also, they’re now probably 30-plus-years old. In other words, don’t let his Redneck Emeritus status deter you from Willie’s 4th of July Picnic at Billy Bob’s Texas (2520 Rodeo Plaza, the Stockyards, 817-624-8118), where he’ll share the stage with a bunch of almost-as-interesting C&W artists, including Ryan Bingham, Lukas Nelson & The Promise of the Real, Charley Pride, Johnny Bush, and, of course, the picnic’s namesake. Tickets are $40-60.

2.) First, I’d like to thank the guys in Raging Boner for forcing me to do a YouTube search for a clip of them onstage. Secondly, I’m glad I went through with it. The veteran Fort Worth hardcore punks/metalists are just as loud, tight, and head-banging as they were the first time I saw them, lo, these 10-plus years ago.

Along with Huffer, whose psychedelic Trans-Am rock is nothing new but still has enough different moving parts to be distinct, and some band called Bagger, Raging Boner will play The Cellar (2916 W. Berry St., TCUland, 817-923-6116) on Saturday. No word on cover.

This is also awesome.

4.) There are definitely tighter hardcore bands, definitely more creative ones, and definitely noisier-in-a-good-way ones, but what Denton trio Terminator 2 has that a lot of similar sounding outfits don’t is a keen ability to latch onto your ears. I’m all for experiential music, but if you’re in a hardcore/noise band, limiting your power to only the stage is very, well, limiting –– why shouldn’t a band be as diverse, dynamic, and as amenable to various platforms as what it pumps out through guitars and drums? Terminator 2 seems to understand this. Intentionally? Accidentally? Doesn’t matter. “Experience” for yourself here or on Friday with Heavy Baby Sea Slugs at Rubber Gloves Rehearsal Studios (411 E. Sycamore St., Denton, 940-387-7781). Cover is free-$3.

5.) Great show Sunday at Three Links (2704 Elm St., Dallas): San Diego’s beautiful but stupidly named The Donkeys, Denton’s rowdy The Demigs, and Dallas’ equally stupidly named American Werewolf Academy. Why does everything in contemporary indie pop have to be inverse and twee like a fucking Wes Anderson movie? Cut it out! If you’re making beautiful music, stop being deferential about your name. “The Donkeys” sounds like a washed-up No Wave band from The Bowery circa 1978 and “American Werewolf Academy” like an about-to-be-washed-up pop-punk outfit from The Woodlands. The only people you’re fooling are yourselves. Beautiful bands need beautiful names. Like My Morning Jacket. And Helio Sequence. And Calhoun. Go to this show. I don’t know what cover is.