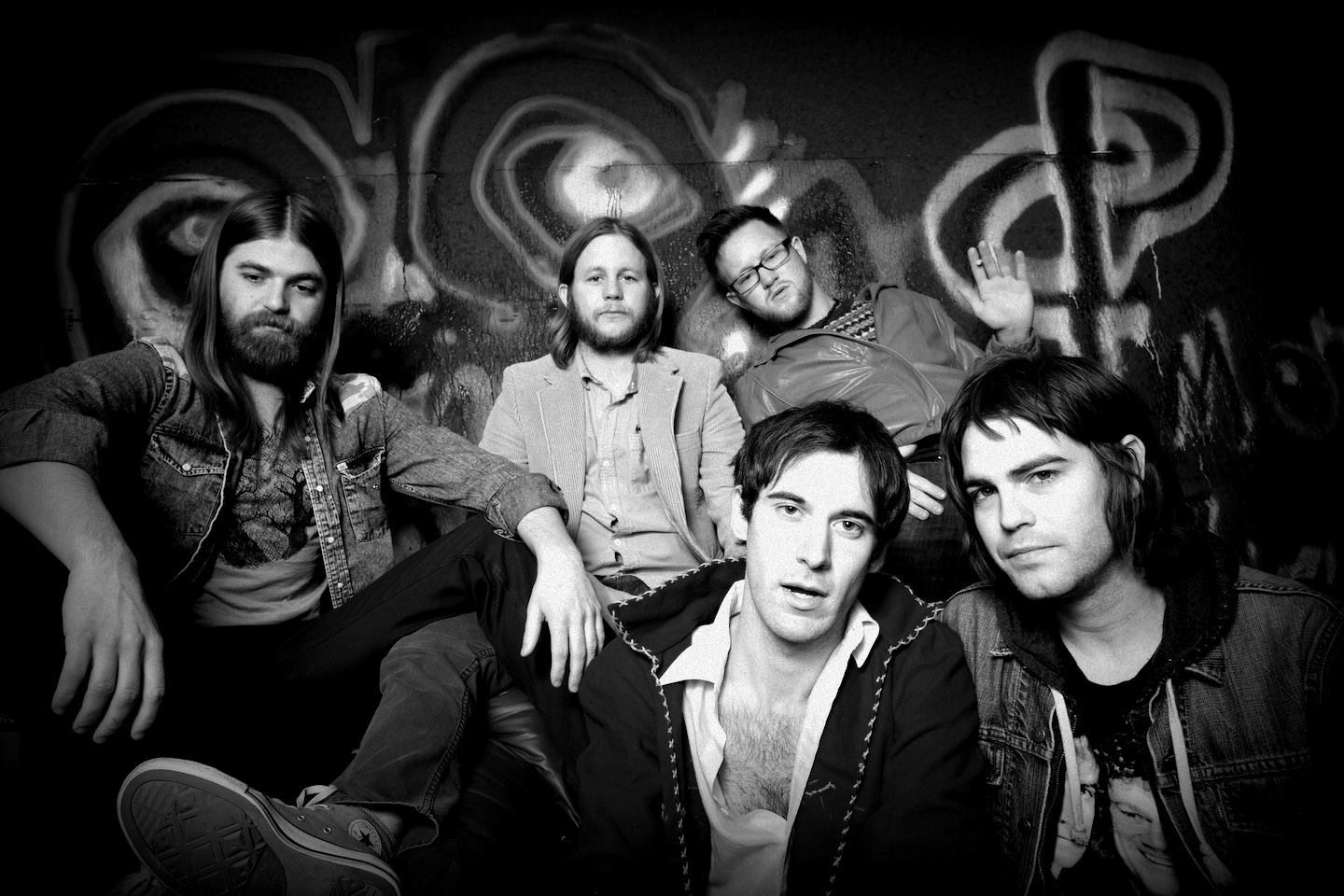 Some bands like to put out records every five years. Others like to put out everything. All the time. In the latter camp is The Longshots. The four punky Stones-esque Fort Worthians have just released Kicker Again, the follow-up to their self-titled debut on Mock Records (part of the Frenchkiss Label Group) and also their 2012 debut, the EP Kicker. Kicker Again’s two tracks were written not long after the band left The Swamp, Barry Eaton’s Argyle studio where the guys had recorded The Longshots with producer Jordan Richardson, a.k.a. Son of Stan (Skeleton Coast, We’reWolves). “Uppercut” and “Angela” were produced by Russell Jack and Joshua Jones at AudioStyles, the Colleyville studio of guitarist/producer Taylor Tatsch (Shadows of Jets, The Orbans).

“In trying to grow as songwriters, we want to release everything all the time and do it for free or least stream it for free,” said Longshots co-frontman Joey Gorman. “It keeps people on the timeline of where we are as a band.”

The band is going back into the studio with Richardson this week to record, first, two songs for a Mock Records 7-inch and, then, another full-length album due this winter. The Longshots next local show is Monday, July 28, at Lola’s Saloon with The Dirty Nil and The Buzzkills. No cover.

I like to think I’m totally hip to everything Fort Worth puts out, which is why I’m scratching my head wondering, “How’d I miss this Sally Majestic record?” The Fort Worth trio-then-quartet-now-a-trio-again released its self-titled album, the follow-up to 2011’s self-titled long-player, in March, and I guess I was too wrapped up in South by Southwest nonsense to notice. Mea culpa, fellas. The record is awesome. Clocking in at seven songs, it’s as fun and party-tastic as you’d expect, but it’s also incredibly diverse, ranging from reggae to mod-rock, funk to jam-band music. A trio seemingly forever, the Sally guys eventually realized they wanted to bolster their sound. Enter: lead guitarist John Stevens. After recording, though, Stevens left, to be replaced by the album’s producer, Ben Napier of Green Audio Productions. “Ben had worked on our last two albums and was familiar with the songs, and we had confidence he could fit right in,” said bassist/vocalist PJ Fry. Sally never did a CD release party. “There are mixed emotions on this,” Fry said. “We wanted to make sure we got this album out because we are proud of it, but with [Stevens] not here to play [the songs], it’s just not the same.” Sally is on the road right now, and Fry said any further breakup talk is way premature.

The Owl & The Octopus

Terry Horn is quietly –– in more ways than one –– becoming a composer to be reckoned with. In addition to Momentary Gamelan Ensemble, his project with Stone Machine Electric drummer Mark Kitchens (“Dark Waves,” July 16), the Fort Worth native writes, performs, and records as The Owl & The Octopus, a deep-listening project that’s as transcendent as it is unique. On his new album, Child of Light, he proves that there’s more to music than physical or emotional catharsis. There’s an intellectual release too. In the spirit of Pauline Oliveros, Ellen Fullman, Robert Ashley, and other deep-listening pioneers, Horn creates soundscapes in mostly trippy-dippy but sometimes dissonant colors. Performing on multiple instruments, he invites meditation, thoughts, and even dreams. Who needs ’shrooms, right?