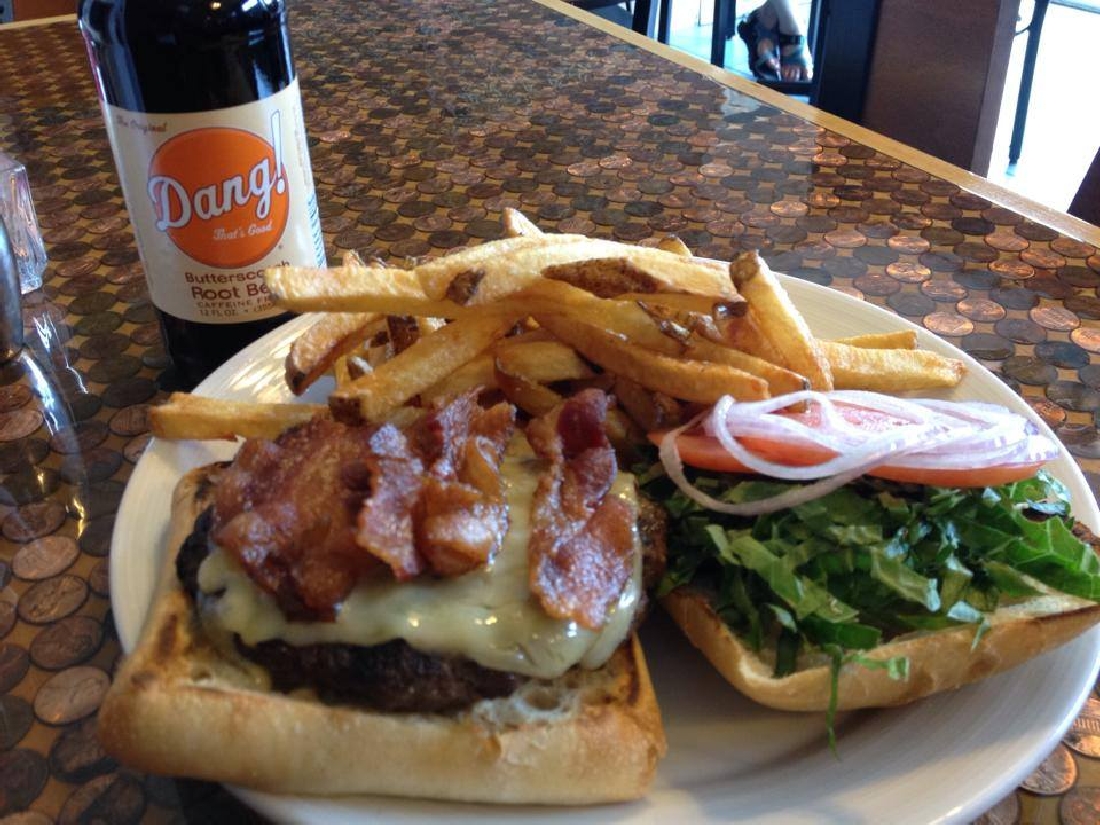 The two sides of Chow, Baby’s family could not be more different. Dad’s side is all Texas — his parents survived the Depression in Aubrey and have never really come to terms with the fact that it’s over. Mom’s side is from London — tea-sipping, museum-going types.

Dining out with either side really brings home that difference. My paternal grandfather called me a few weeks ago and told me that we were having  “supper,” which they usually eat at 4 p.m., at Vance Godbey’s (8601 Jacksboro Hwy). He assured me that the place was “even better than Furr’s Cafeteria,” his and my grandmother’s usual haunt.

I’d never been to Vance Godbey’s, but I’d heard it was once the place to see and be seen in this town. My aunt, who revealed that she was once a model for a coiffure show there, told me the restaurant in the converted house was so popular at one point in the ’60s and ’70s that cars spilled over from its parking lot to fill the roadsides for miles. Now it’s open only on Sundays and for catering events.

These days, that parking lot resembles an active minefield, with potholes so deep you can see down to hell. Inside, the place looked like the dining room time forgot. The décor must date from the restaurant’s heyday, with ceilings so low it felt like a carnival fun house.

The place is not without its charm, though. The Christian biker gang in the corner was lively, and our server had an Alice-y sass that I enjoyed. The food was, as my grandfather promised, better than Furr’s. But that’s not exactly a high bar. It’s a little like being the skinniest kid in fat camp. The all-you-can-eat buffet ($12.99 per person) was stocked with cafeteria fare. For me the highlight was the barbecue chicken, which was moist with an intense smoky flavor. The peanut butter pie is diabetes on a plate and not worth the risk.

On the opposite end of the culinary spectrum, Chow, Mere asked me recently to join her for dinner at Fork in the Road (1821 S. Fielder Rd., Arlington), a funky, tiny gourmet hole-in-the-wall near University of Texas at Arlington. It was decidedly my kind of party. Kiss blared from the speakers overhead, little action figures lined the walls, and each of the dining room’s nine tables has its own theme. We sat at the cheese-label table — try saying that three times fast.

The food was simple and elegant in its lack of pretension. We started with an order of the tangy, lemony, garlicky jalapeño hummus ($6) with fresh pita bread and the addictive crack-a-roni ($7), a gooey three-cheese mix with truffle oil. For my entrée, I opted for the burger of the day ($10), a moist half-pound slab of beef with sharp Irish farmhouse cheese and salty bacon on a buttered ciabatta bun. Mi madre went for the Reuben sandwich ($8) on rye, which got a little soggy thanks to the hillock of sauerkraut but tasted fresh and meaty. Both sandwiches came with to-die-for fries.

At one place I got a history lesson; at the other I got a great meal. There’s room in my heart for both, but gustatorily at least, my stomach belongs to Mama.