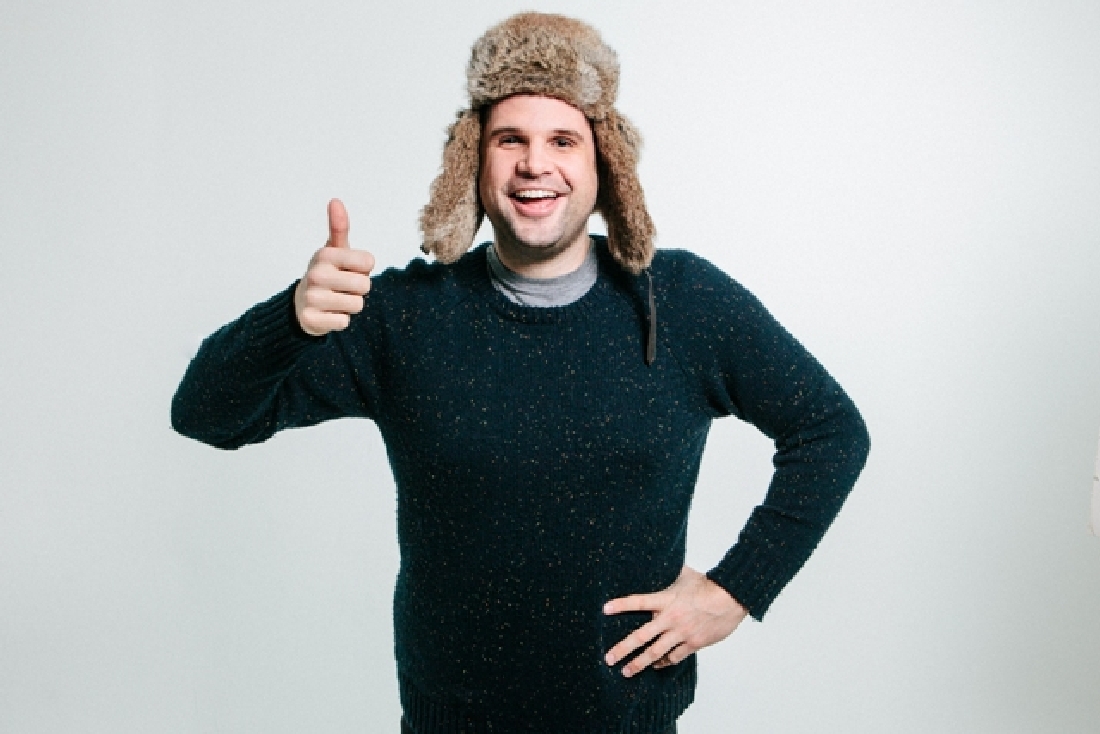 Jordan Richardson appears to be in complete control of his muse. Last year, his songwriting vehicle, Son of Stan (named after his father), released its debut album, the stellar and slightly experimental Divorce Pop. Earlier this month, Son of Stan released the follow-up, the five-song EP Georgia (named after his mother) that’s just bursting with juicy, tightly structured pop goodness. Though the two records share an affinity for squishy drums, quietly buzzing guitars, and lyrics written from the perspective of a reluctantly cynical observer, Divorce Pop and Georgia are, at heart, very different. The goal now for the early-thirtysomething TCU alum is to unite the spirits of his two recordings, a sobering prospect even for Richardson, who has been playing in and fronting rock bands dating back decades and has played drums for superstars Ringo Starr and Ben Harper (and won a Grammy for his troubles last year).

“I hope my writing can kind of go that way, some of the pop and experimental stuff,” he said.

Georgia was intended to come out in the summer as a little delicacy to pop into your playback device while frolicking beachside. Good, sunny times are in the record’s DNA. In August, Richardson moved back to the Fort from Los Angeles, where he had been living and working for nine years. His base of operations out there was the studio Fireproof Recording, a converted pool house behind the home of producer/musician and friend Adam Lasus (Yo La Tengo, Clap Your Hands Say Yeah, Juliana Hatfield). Richardson began work on Georgia around the time Divorce Pop came out. “The studio was free, and I didn’t have to deal with the schedule of a full band,” he said, thinking that if he wanted to release Georgia a year after the first record, he’d better start working on the new one pronto.

The first track and the EP’s first single, “The Lady That’s Around Me,” is a pretty nice encapsulation of that Georgia swing. Over a driving, pulsating rhythm, Richardson spits his lyrics rapid-fire, his echoing voice, the boinging drums, and the distant-sounding guitars conjuring up Ray Parker Jr. on a meth binge or a toughened up Alan Parsons Project. With the exception of some bawdy Clarence Clemons-style sax solos by Jeff Dazey (Larry g(EE), formerly Josh Weathers Band) and sultry backing vocals by Sam Villavert (Dallas punks Sealion), all of the instruments are played by Richardson. (Onstage, he’s backed by Dazey, Villavert, Ice Eater guitarist Zach Edwards, former Skeleton Coast drummer Brian Garcia, and Oil Boom bassist Steve Steward.)

Richardson still harbors a fascination for suburban alienation, circa the 1980s of his Fort Worth youth. And like Steely Dan lyricist and notorious creepy old man Donald Fagen, Richardson addresses most of his music to confused young people who could have the world if they wanted it but somehow prefer to just keep skating by. On “Loseyomind,” a slow-paced but jittery slice of white-boy funk, the youngster in question contemplates going back to school or maybe moving back home but not until after the party. “She lies! / About it all!” Richardson sings with great, heartfelt emphasis during the chorus, “It’s so predictable how you move / Your dance steps and your mood / Lemme tell you now, bye! / Cattle call! / That life is not for you / No matter what you do.”

The last track serves as a kind of bookend to “The Lady That’s Around Me.” “Harbor Boat” is just as propulsive as the opener but has an expansive, almost symphonic feel, the theme song to a Don Johnson/Kurt Russell bromance action flick or Christopher Cross channeling Frank Stallone. Long synth washes soar over choppy but soft guitarwork until a staccato chorus. “My looooove,” Richardson sings as every instrument lands in time on the same few bright notes –– bam! bam! bam-bam-bam-bam bam! –– “lives on a harbor boat / We swim the oceanfront / Two-by-two / My looooove / Wants nothing more from me / It’s pretty plain to see / I guess we’re through.” After a Jefferson Starship-caliber harmonic guitar-synth solo –– lots of holds and semi-cheesy melodies –– the song returns to the chorus, really drives it home, until the closing credits.

Unlike the other tunes on Georgia, the character being observed here isn’t distracted youth but the songwriter himself. “I’m definitely more cynical than I used to be, more frustrated than before,” Richardson said. “Even if [“Harbor Boat”] seems like an observation, it’s pointed at myself. It’s definitely me trying to figure out what I’m doing.”

Specifically, he’s wondering why he left a gig that sent him around the world –– and treated him splendidly in the process –– for the solo scene. “I almost started writing out of necessity of the whirlwind life I was living before,” he said. “That’s my journal for that.”

One song that’s most likely not about him is the second single. The sumptuous uptempo rocker “Feel Her Design” –– in which Richardson’s guitar strings seem to be made of chewy silk, so rich yet muted is the sound they produce –– is about another tease: “Who’s tappin’ on your window shade? ’Cause it’s three in the morning, and it ain’t the maid / Man, she’s here too” –– and then off-mic, he heaves, “Fuck” –– “Well, I’m not surprised.” (Perhaps the best line in the song –– “You’re Freddy Kruger in a wet dream / And I’m not wakin’ up anymore” –– is one of the best comedic lines in contemporary pop songcraft.)

“Kilby” is another cinematic jaunt. The riff is crunchy and simple, going from low to high and back again, and the breakdown –– Dazey’s longest piece of scorching work on the album –– is completely unexpected but welcome. One of the best things about Georgia, in fact, is that the twists and turns are completely out of the blue but never out of place. In the same way, Richardson draws from a lot of specific cultural and musical influences –– from Clues-era Robert Palmer to the kind of ’80s ennui specific to growing up white and middle class in suburbia –– but never sounds like anyone other than himself.

Georgia’s official release will be Saturday, Nov. 29, at The Where House with EPIC RUINS — the prog-rock super-group of Richardson, Steward, Dazey, Quaker City Night Hawks co-frontman Sam Anderson, and a half-dozen other heavy hitters hasn’t played a show in years. (“I definitely see additional EPIC RUINS music in the future,” he said. “In the spirit of how we made that [are] more things in the works sooner.”)

Aside from family, having free rein over a studio, Barry Eaton’s place in Justin, was a big reason Richardson decided to return home. Having produced debut albums by Skeleton Coast and We’reWolves, in addition to his own work, Richardson is now helping shape new music from the samples-based Fort Worth duo Tidals and Dallas indie-rockers SuperSonic Lips.

“Frankly, things are a bit more exciting here [than in L.A.] on the ground level,” Richardson said. “Bands are trying things. Fort Worth and Dallas are both exciting places. They’re adjacent to Austin, they’re in the middle of the country, and it’s about half the cost of doing anything in L.A.”

Richardson expects to begin recording his mélange of pop and experimentalism in the winter for a spring/summer release.