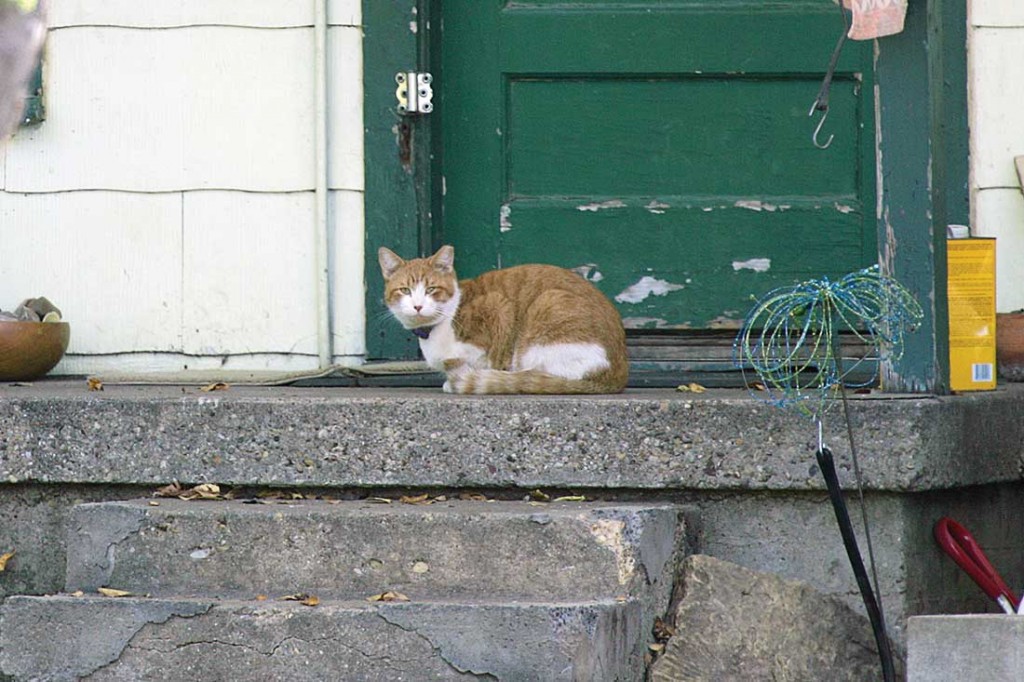 Several Fort Worth animal-rescue groups are forming a coalition to address the abandonment of dozens of cats and dogs in the Riverside area. The animals were the unfortunate victims of a mass eviction at Parkview Village Apartments (“Abandoned,” Nov. 5, 2014). Neighbors say the problem has been exacerbated by a well-established feral cat population in the area.

To prevent a further cat-astrophe, so to speak, staff and volunteers of Panther City Feral Cat Coalition will spread out in the area around the Parkview apartments on Thursday to trap as many of the felines as possible. Cages will be set out to lure and safely enclose the hungry cats one at a time.

From there, the Texas Coalition for Animal Protection, Humane Society of North Texas, and city animal control staff will vaccinate and sterilize the truly untamed cats before re-releasing them to the Riverside area. The idea is to reduce the cat population over time without the need to euthanize the animals. Judy Huebener, treasurer for Panther City Coalition, said any tame animals — probably from the dozens left behind when renters scattered after being threatened with legal action if they didn’t move out right away — that are swept up will be brought to Human Society of North Texas and placed in an adoption program.

“It is thanks to your article [on the Parkview pet abandonment] that this humane work will be done and improve the lives of the Parkview Village Apartment area cats,” Huebener said.

On Friday, the Women’s Policy Forum of Tarrant County is sponsoring a morning-long symposium on “emerging issues.” That’s kind of a vague description, but lots of interesting folks are on tap for the 8 a.m.-to-noon session at the City Club in downtown Fort Worth. Ann Beeson, executive director of the Center for Public Policy Priorities, which does great work on poor-people issues in this state, will be the keynote speaker. Her remarks will cover the “value of civil discourse” — a bigger challenge than ever in this state, given some of the folks elected to public office.

Following that will be sessions on how technology is rewiring our brains, what it takes to build sustainable communities, and — Static’s favorite — “Balancing Open Government and Privacy Rights: The Debate Heightens.” That last part is politespeak for “the fight is getting tougher” for folks trying to access public information. O.K. Carter, longtime Arlington journalist and current member of the board of the Tarrant County College District; Jason Lamers, chief of staff for Fort Worth’s mayor and council; and Gayle Reaves, Static’s boss and the Weekly’s editor, will tee that one up.

If you want to listen in, it will cost you $35, which gets you breakfast but not parking and all the emerging issues a body can absorb in one day. Since civil discourse is on the agenda, we figure fisticuffs is not. That’s something Static might pay to see — but it would be wrong, so wrong.