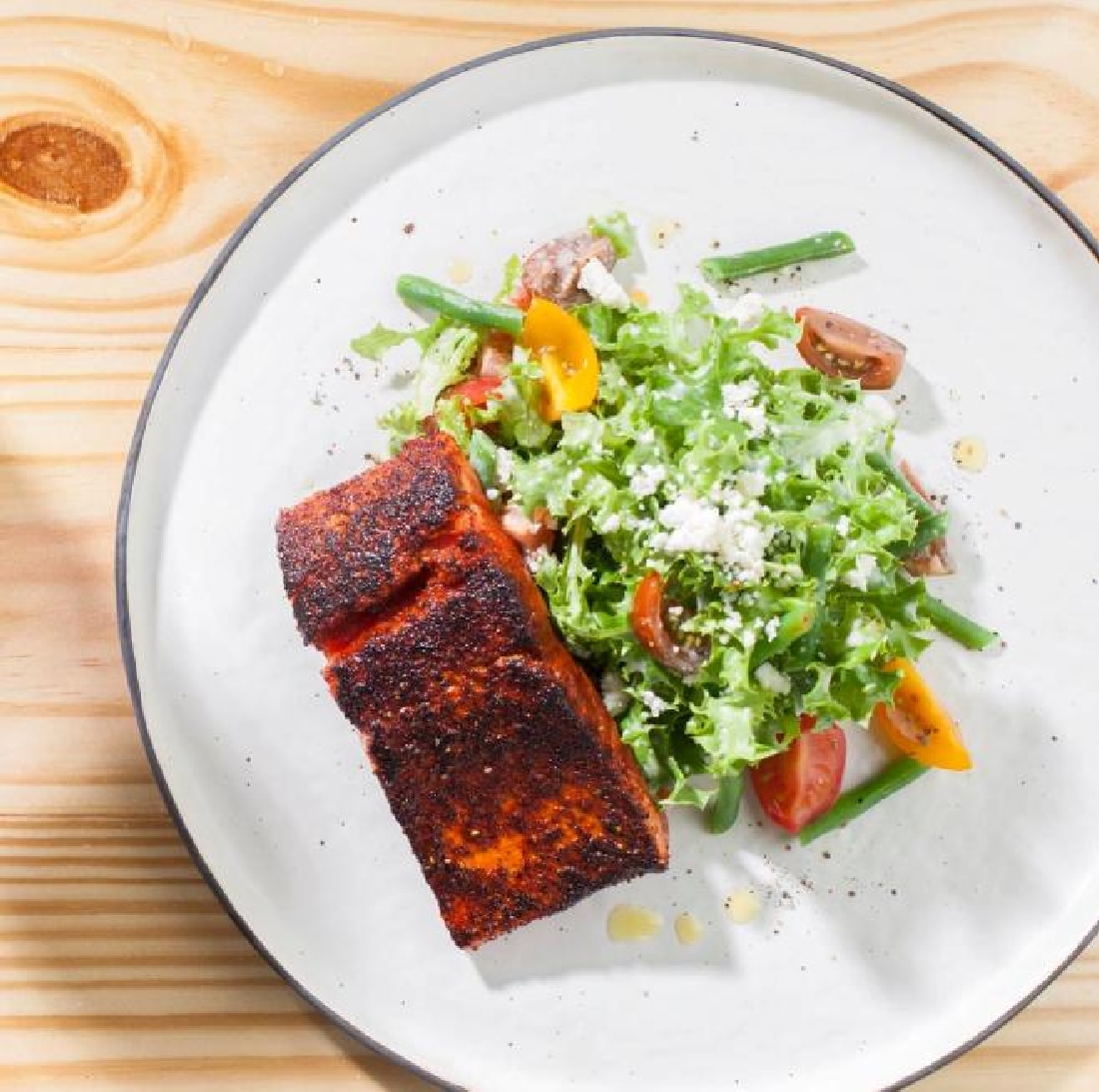 People normally just buy a Porsche when they hit a midlife crisis. Maybe that’s not what’s driving Chef Lanny Lancarte, but he has made some serious changes in his professional life. He closed one of Chow, Baby’s favorite dining spots in this town, Lanny’s Alta Cocina Mexicana (3405 W. 7th St.), and opened a (gulp) upscale health-conscious restaurant in its place. I’m assuming he’s also into yoga, rides his bike all over town now, and has sworn off the seared fois gras he used to serve.

Forgive me for not being excited about the opening of Righteous Foods last month. It was a little like visiting my divorced dad’s bachelor pad after he decided to drop a few pounds and start dating again.

The restaurant borders on a Portlandia self-parody, with a hanging bike rack out front, a cool juice/coffee bar, detox drinks on offer, something called “drinking” vinegars, and a menu full of buzzwords like organic, grass-fed, free-range, and locally sourced.

I first visited the industrial-chic dining room for lunch. The place was hopping, filled mostly with women wearing yoga pants. My server seemed to have been plucked straight out of central casting for the role of a young, attractive, hipster waiter. He was visibly nervous and struggled with parts of the menu. When my guest asked if there was any shellfish in the ceviche, he said yes. Then he ran and got the chef, who told us there wasn’t any but also felt the need to share with us the fact that the shrimp the kitchen uses in other dishes was harvested from 3,000 feet in the ocean.

The ceviche –– it was actually Tasmanian trout ($7) –– was superbly fresh, with meaty chunks of citrus-drenched salmon-colored fish and a crispy, cracker-like flaxseed lavash for scooping up the delicacy. The organic deviled eggs ($8) with a tangy mustard-seed hummus perched on cucumber slices were also a triumph of flavor. Both dishes needed salt; but I didn’t know if that was part of the health theme; it seemed un-hip to ask.

My blackened organic salmon ($22) was flaky, moist, and divine. I ordered the wheatberry organic spaghetti squash with an organic ginger soy broth as an accompaniment but was instead served a bland, toasted faro risotto. I didn’t have time to get the kitchen to re-cook my order, and I left most of the risotto on the plate. My guest’s pork tacos ($14), with pickled onions, cabbage, tomatillo, queso fresco, and organic black beans were bland, decent, uninspired, and not worth $14.

I went back for breakfast a few days later and was neither under- nor overwhelmed. I was simply whelmed. The veggie omelet ($8) with “spinach root” was perfectly fluffy and well cooked, but under-seasoned. It looked like regular ol’ spinach to me. No one could give me a satisfactory explanation of what spinach root is. From what I gathered, spinach root grows in the ground … like all spinach. The one piece of sourdough toast ($2) and preserves seemed a little skimpy even for a health food joint.

I guess it’s time for me to let go of Lanny’s. Even if this is just a phase for one of Fort Worth’s most decorated chefs, there’s no going back now. Who knows, maybe I’ll catch the health bug and decide to change my life too. Then again, I’d look terrible in yoga pants.