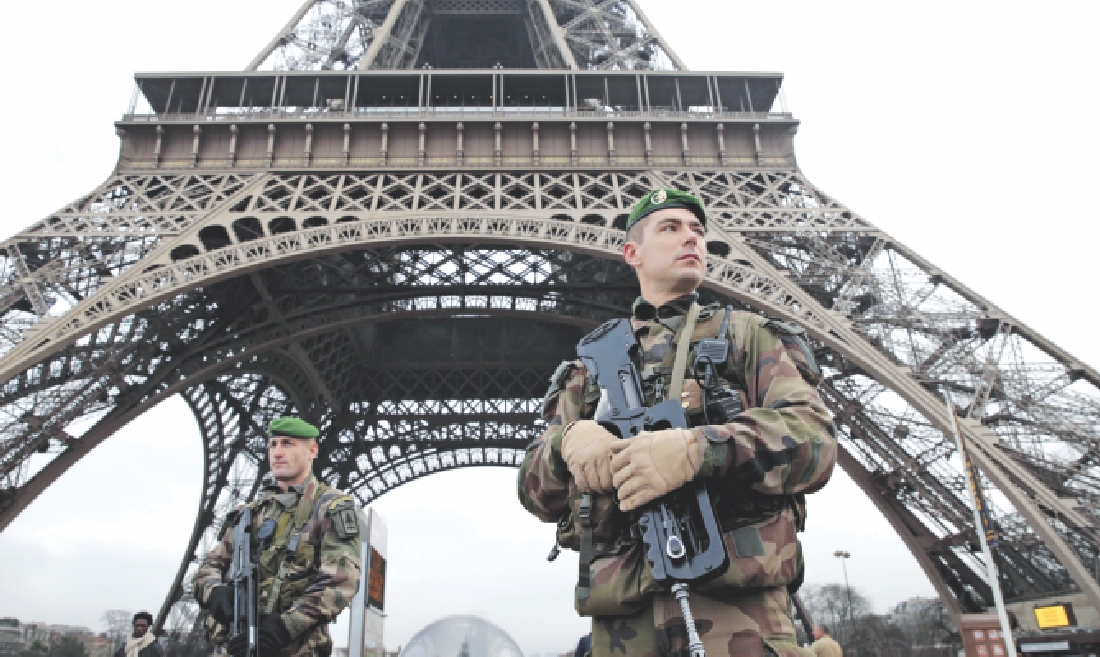 After French policeman Ahmed Merabet was killed outside the Charlie Hebdo offices in Paris last week, his brother Malek said, “My brother was Muslim, and he was killed by two terrorists, by two false Muslims. Islam is a religion of peace and love.”

It was moving, but to say that all Muslims who commit cruel and violent acts in God’s name are “false Muslims” is like saying that the Crusaders who devastated the Middle East 900 years ago were “false Christians.”

The Crusaders were real Christians. They believed that they were doing God’s will in trying to reconquer the formerly Christian lands that had been lost to Islam centuries before, and they had the support of most people back home in Europe.

Similarly, Cherif and Said Kouachi and Amedy Coulibaly believed they were true Muslims doing God’s will, and some people in Muslim-majority countries agree with them. But there is an important difference from the Crusades: The supporters of the young French terrorists are a minority everywhere, and among Muslims living in Western countries they are only a tiny minority.

This is not a “war of civilizations.” Those 17 innocent people killed in Paris are not the equivalent of the Crusades. For that matter, neither was 9/11. These are wicked and tragic events, but they are not a war.

There is a war going on, but it is a civil war within the “House of Islam,” one that occasionally spills over into non-Muslim countries. As foot soldiers in that war, the three killers in Paris probably did not fully understand that they were serving a quite sophisticated strategy.

Two of these Muslim civil wars, in Afghanistan and Iraq, were ignited by United States-led invasions in 2001 and 2003. Four others, in Syria, Libya, Yemen, and the northern — mostly Muslim — half of Nigeria, have begun since 2011. Others go back further, like the war in Somalia, or have flared up and then become dormant again, like in Mali and Algeria.

In every one of these wars, the victims are overwhelmingly Muslims killed by other Muslims. From time to time non-Muslims in other countries are killed too, as in New York in 2001, in London in 2007, in Bombay in 2008, and last week in Paris. These killings do have a strategic purpose, but it’s not to “terrify non-Muslims into submission.” Quite the contrary.

The great Muslim civil war is about the political, social, and cultural modernization of the Muslim world. Should it continue down much the same track that other major global cultures have followed, or should those changes be stopped and indeed reversed? The Islamists take the latter position.

Some aspects of modernization are very attractive to many Muslims, so stopping the changes would require a lot of violence, including the overthrow of most existing governments in Muslim countries. But that is the task that the Islamists in general, and jihadi activists in particular, have undertaken.

As minorities even in their own countries, the Islamists’ hardest job is to mobilize popular support for their struggle. The best way to do this is to convince Muslims that modernization — democracy, equality, the whole cultural package — is a Western plot to undermine Islam.

This is a more credible claim if Western countries are actually attacking Muslim countries, so one of the main jihadi strategies is to carry out terrorist atrocities that will trigger Western military attacks on Muslim countries. That was the real goal of 9/11, and it was spectacularly successful: It tricked the United States into invading not one but two Muslim countries.

But smaller terrorist attacks that lead to the mistreatment of Muslim minorities in non-Muslim countries also serve the cause. They can create a backlash that victimizes local Muslim residents, thus generating yet more “proof” that there is a war against Islam.

This strategy — “la politique du pire” — aims to make things worse in order to achieve one’s ultimate goal, in this case, revolutions that will sweep away the governments in almost every Muslim country and put the Islamists in power.

There will be more attacks like those in Paris because lost young men seeking a cause abound in every community, including the Muslim communities of the West. We will go on having to live with a certain amount of terrorism from both Muslim and non-Muslim extremist groups and trying not to over-react — as we have been doing for many decades already.