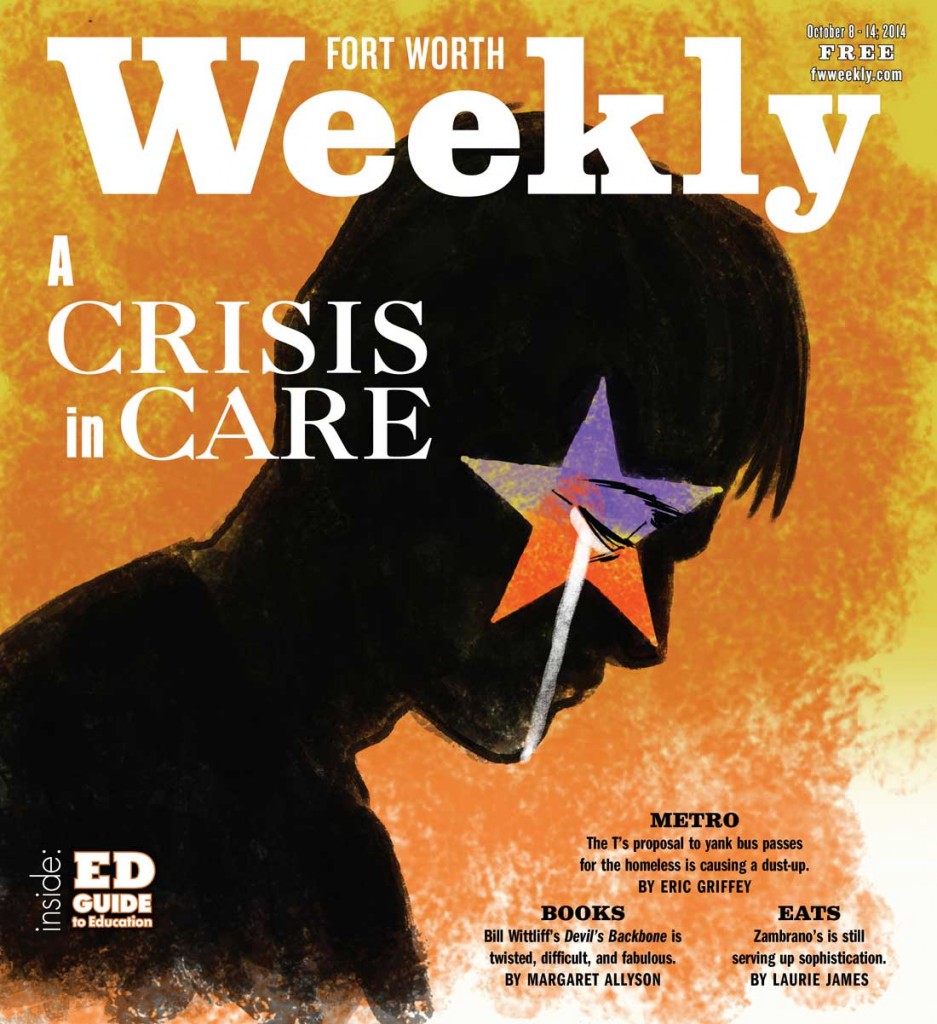 Texas Gov. Greg Abbott had yet to take office when heads started rolling. (That’s different from eyes rolling, which has been happening for a long time.) Revelations about a $110 million contract awarded to a private contractor by a massive state health agency without a competitive bidding process recently led to the resignation of two directors from that agency, the Health and Human Services Commission. The commission oversees Texas’ $16 billion State Health Services system.

Citing the bidding controversy, Abbott last week announced the formation of an independent “strike force” to look into the management, contract process, and operations of the agency. According to a statement released by his campaign office, Abbott is taking steps to “ensure there is a full and thorough outside review of … [State Health Services].”

The health agency is fraught with problems, as described in Fort Worth Weekly over the past year (“Moving Up Mental Health,” Mar 12, 2014, and “A Crisis in Care,” Oct. 8, 2014). Frequent Weekly contributor Edward Brown has spoken with State Health Services officials and with family members of patients who have languished, and sometimes died, in the state health system over the years.

While there’s no shortage of concerns, the bidding process for contracts isn’t high on those folks’ list of problems. Years of chronic underfunding, understaffing, inadequate services (especially for mental health), and a bureaucratic maze that values paperwork over helping people are very high on their list. Many of those issues were brought to light through a recent Sunset Review Commission report, an effort headed by State Sen. Jane Nelson.

Static applauds efforts to cut wasteful spending, but Abbott’s concern seems a little, or a lot, late at this point. Even more worrisome: Texans for Greg Abbott says the Sunset Review Commission itself is potentially on the Abbott chopping block.

Lincoln on the Block

Abraham Lincoln collectors across the globe will be letting go of more than fourscore of their dollars this week thanks to Fort Worth’s own Greg Dow. The owner of Dow Art Galleries on Camp Bowie Boulevard is auctioning his late father’s monumental collection of historically significant photos, letters, signatures, and even a lock of Honest Abe’s curly hair, clipped off by an attending surgeon. Heritage Auctions of Dallas is handling the online sale of the Donald P. Dow Collection of Lincolniana on Saturday, and collectors are all giddysburg.

“Mr. Dow was a meticulous collector … and this auction marks the first time in a generation that collectors have seen these items,” Heritage’s director of Americana auctions, Tom Slater, said. “Considering Mr. Dow’s effort to document the assassination and the nation’s reaction,” he said, it’s fitting the collection is being offered on a significant anniversary of the tragedy. April 14 will mark the 150th anniversary of the day John Wilkes Booth fatally shot the great president during a play at Ford’s Theatre.

Greg Dow’s father left him the collection upon his death in 2009.

“I sold my parents’ house about three years ago and then moved the collection down here, and I don’t have any way of taking care of it,” he said. “I’m not in the museum business, I’m in the picture frame and art business. It was my dad’s hobby, and I’m trying to get it disbursed to other collectors who would enjoy owning it.”