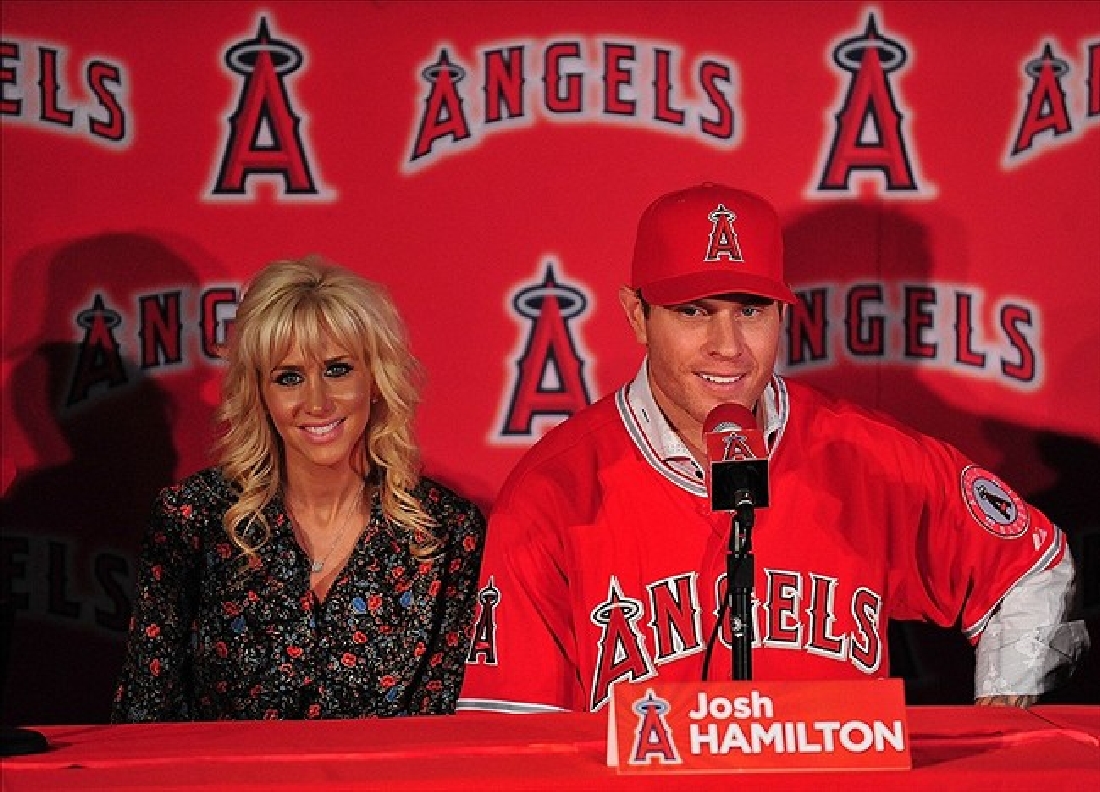 Us Weekly reported that Katie Chadwick Hamilton, wife of God’s favorite baseball player, Josh, will be joining the cast of the vapid reality show, “The Real Housewives of Orange County.” Josh Hamilton’s life was already a cartoonish melodrama of public drug and alcohol relapses and subsequent apologies, ginger ale victory showers, and public prayer meetings. Now at least his wife will be paid for the spectacle.

On their way out of state to join the (ahem) Angels, the Hamiltons didn’t exactly endear themselves to area baseball fans. The former Ranger’s centerfielder said that the North Texas area wasn’t a real baseball town and called Ranger fans “spoiled” by his greatness.

Now apparently part of God’s plan for the West Coast Hamiltons involves airing more of their personal lives on national television, while sharing a spotlight with shallow women whose only claim to fame are having rich husbands.

Hamilton still represents some of the best years in Rangers history. But now Wash is gone after cheating on his wife, Michael Young forced a trade, retired and joined the Rangers’ front office, Ian Kinsler is hitting pop-ups in Detroit, and Hamilton is enjoying the California summers while spending most of his time on the disabled list.