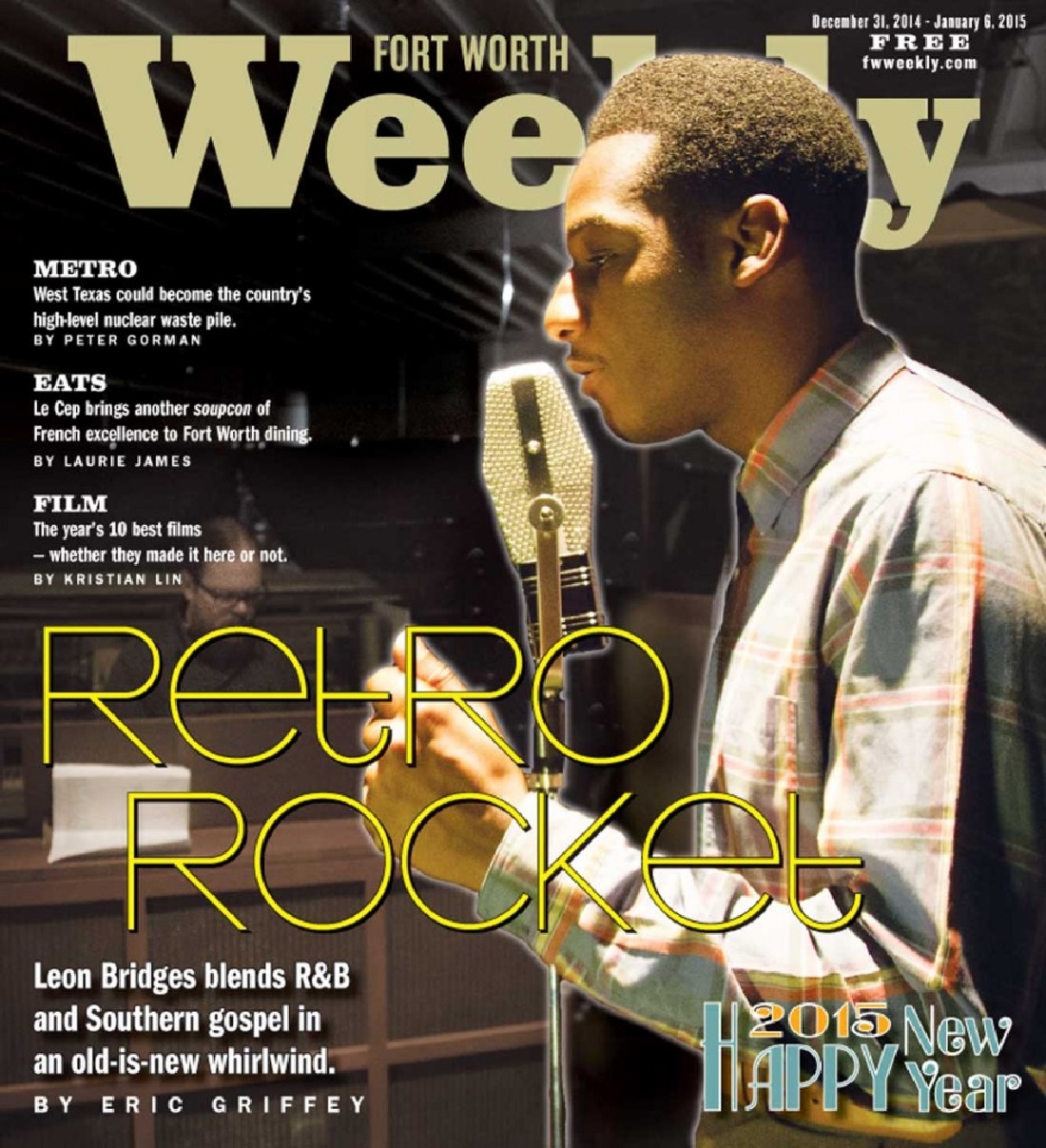 Leon Bridges is like the Robert Durst of Fort Worth music: He just keeps killing.  Bridges made his national television debut last night on The Late Late Show with James Corden – and he killed it. His voice was on-point, his easy-going charisma and retro style came across well. His TV appearance came on the heels of murdering his 45,009  SXSW gigs.

For his Late Late performance, Bridges and his merry band of Fort Worth-based musos played the song “Better Man,” which was somewhat of a surprise considering the song “Coming Home” has been the Crowley native’s bell cow up to this point in his career.

I’m contractually obligated to remind you that Fort Worth Weekly was the first to write about Bridges. Anthony Mariani penned a music feature on Bridges last August, and I wrote a cover story about the 25-year-old singer in January. Since then he’s been on just about every music blog and magazine from here to London.