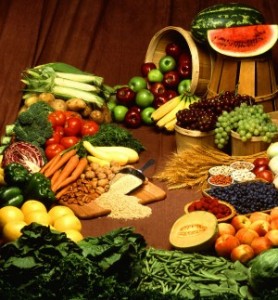 Well, there I was, headed out of the house to go shopping for sides for dinner and to pick up some cat and dog food since our cat had kittens and a beautiful new dog has decided to join the three we have–he moved in a couple of weeks ago–probably because I serve the dogs fresh chicken legs. Anyway, I was thinking of the (probably) nuclear swordfish steaks that are in the fridge, or maybe the prime ribs someone brought over a couple of days ago. But I got to the store and whoa! There were gorgeous poblano peppers, just perfect for stuffing. So I changed course radically, picked up some good chuck, organic scallions, broccoli along with eight of the poblanos, just in case one or more of my grown kids shows up for dinner or my wife/ex-wife Chepa appears with her new babies Sierra and Alexa. It’s all perfect when they do, so I always make extra.
Now the way I make stuffed poblanos is this: In one pan cook the chopped meat, well seasoned with sea salt, cracked black pepper and chopped garlic (fresh!) in olive oil till it’s rendered half its fat. Transfer to a colander to eliminate the grease. At the same time I make good basmati rice–start with garlic in olive oil, add the water when the garlic is ready for it, add sea salt, bring to a boil, add the rice, bring to a boil, stir regularly, then cover with a plastic bag to seal it, put a lid on the pot and turn the heat to the very lowest possible. That can cook for 20-30 minutes but won’t be burned if you forget it for an hour, no sweat.
Then, in another pot, I boil salted water and put in small pieces of broccoli, cauliflower, zucchini, yellow squash, whatever I’ve got. Par boil a minute, drain, cool. In the next saute pan, put garlic in olive oil. Add diced onions, diced scallions and cook. When they’re ready, add diced tomatoes, the cooked veggies, and then the meat. Season with achiote. some white vinegar, cilantro. Add rice when ready, then finish with some really good, really sharp cheddar to keep things moist.
Now, in your 6th pan/pot, you’ve got to par boil those poblanos. So cut them half an inch from the top, clean the seeds out entirely, wash in hot water and put the peppers and the tops into boiling, lightly salted water. Just for three, five minutes. Then drain and cool. Then stuff them with the meat/rice/cheese mix, put a top on each and put them in a glass baking dish at about 330 degrees for maybe half an hour, or until the peppers are nicely done and the food is melting out of them but not yet burned.
Now you are gonna serve that with a really good salad. Two peppers a person. For the little ones who won’t like the smokey flavor of the peppers, serve them just some of the remaining mix or some of the chicken you made for the dogs.
Okay, so I ran through all of that in my head and came home to find my oldest son, Italo, had taken it on himself to tear my bathroom to pieces. I mean, he took out the toilet and shower, tore up the tiled floor and half the tiled wall. “It was old, pops. Time to chance it…” was his explanation. I was stunned: I was gone from the house for an hour buying dinner stuff and he tore the bathroom apart. Plus, he used my name at Home Depot to drop nearly $500 on my credit card. Yikes!
I got a feeling he’ll be here a while. Glad I planned on extra stuffed peppers.