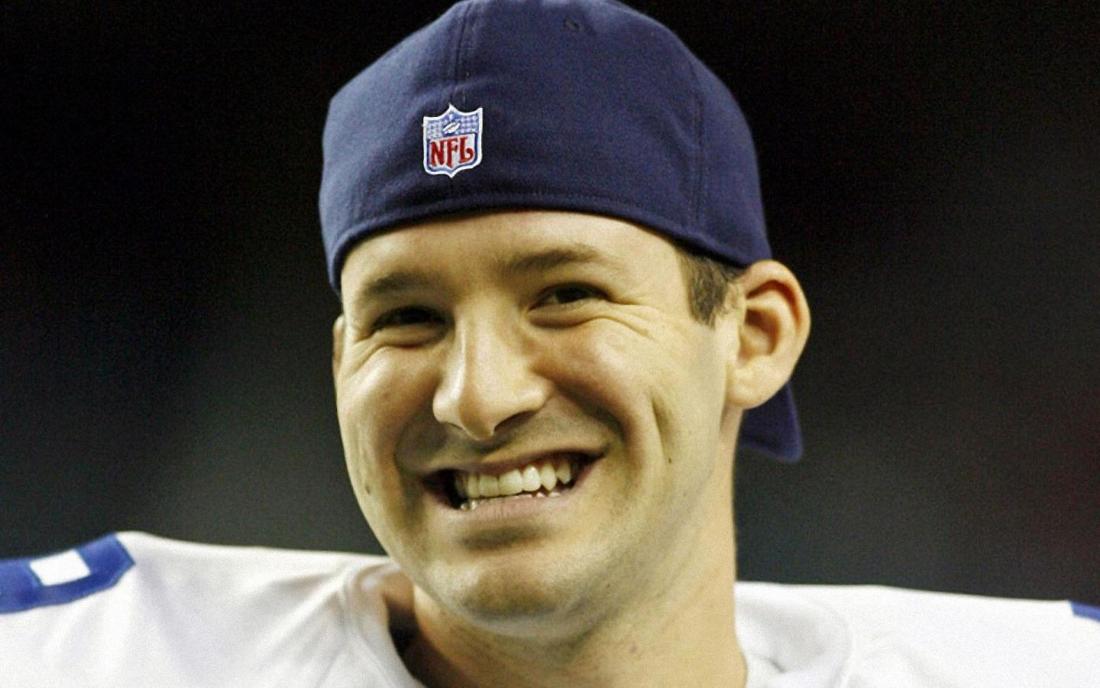 Dallas Cowboys quarterback Tony Romo, who finally shed his reputation as a choker after a courageous 2014 season, isn’t wasting time creating a new persona for himself.

He says the Cowboys will win the Super Bowl this season.

They would have taken home the Lombardi Trophy in 2014 if some deaf, dumb, and blind kid posing as a referee hadn’t botched that call on Dez Bryant in the playoffs. But nobody (other than me) is crying over that spilt milk, especially Romo. By making his bold prediction he’s outdone Broadway Joe Namath, who famously predicted a Super Bowl win in 1969. At least Namath waited three days before the big game to predict a win. Romo laid down his gauntlet in April before spring training has even begun. Now that’s bold.

Did you hear that, Washington Slurs, Philadelphia Ingrates, and New York Midgets? You’re all going down!

I pretended to interview Romo on his latest prediction and found him much more forthcoming than in real interviews:

FORT WORTH WEEKLY: What made you predict a Super Bowl win for the Cowboys? Haven’t you heard? Troy Aikman is retired now.

ROMO: I will lead this team to a Super Bowl myself or my name isn’t Troy Aik…er…Tony Romo.

FWW: Won’t that be difficult without a running back?

ROMO: DeMarco Murray was a great athlete and we’ll miss him. But we’ve got other great runners on this team.

FWW: Can you name them?

ROMO: Well, there’s that one guy that got busted for shoplifting. He runs really fast.

ROMO: Well, we have a new guy now, Darren McFadden.

FWW: McFadden was on my fantasy football team last year. I now have a recurring fantasy about strangling him with piano wire. That dog ran for 534 yards in 2014 and had a 3.4-yards average. He scored only two touchdowns. Murray ran for 1,845 yards and a 4.7 average and scored 13 touchdowns.

FWW: That’s a lot of yards and touchdowns to make up. You couldn’t win a Super Bowl last year when you had the greatest running back since Emmit Smith on the field.

ROMO: We also picked up a great defensive end in Greg Hardy. He’ll really rough up opposing offensive tackles, particularly the teams who start women at that position.

FWW: But he’s suspended for the first 10 games of the year.

ROMO: OMG! When did that happen? Well, I hear Adrian Peterson wants to play for us.

FWW: His contract will prevent that trade from ever happening.

ROMO: No kidding. What was I smoking when I said we’d win the Super Bowl? Is it too late to take it back?

FWW: No, that lizard is  out of the cage.

ROMO: How can I make people forget?