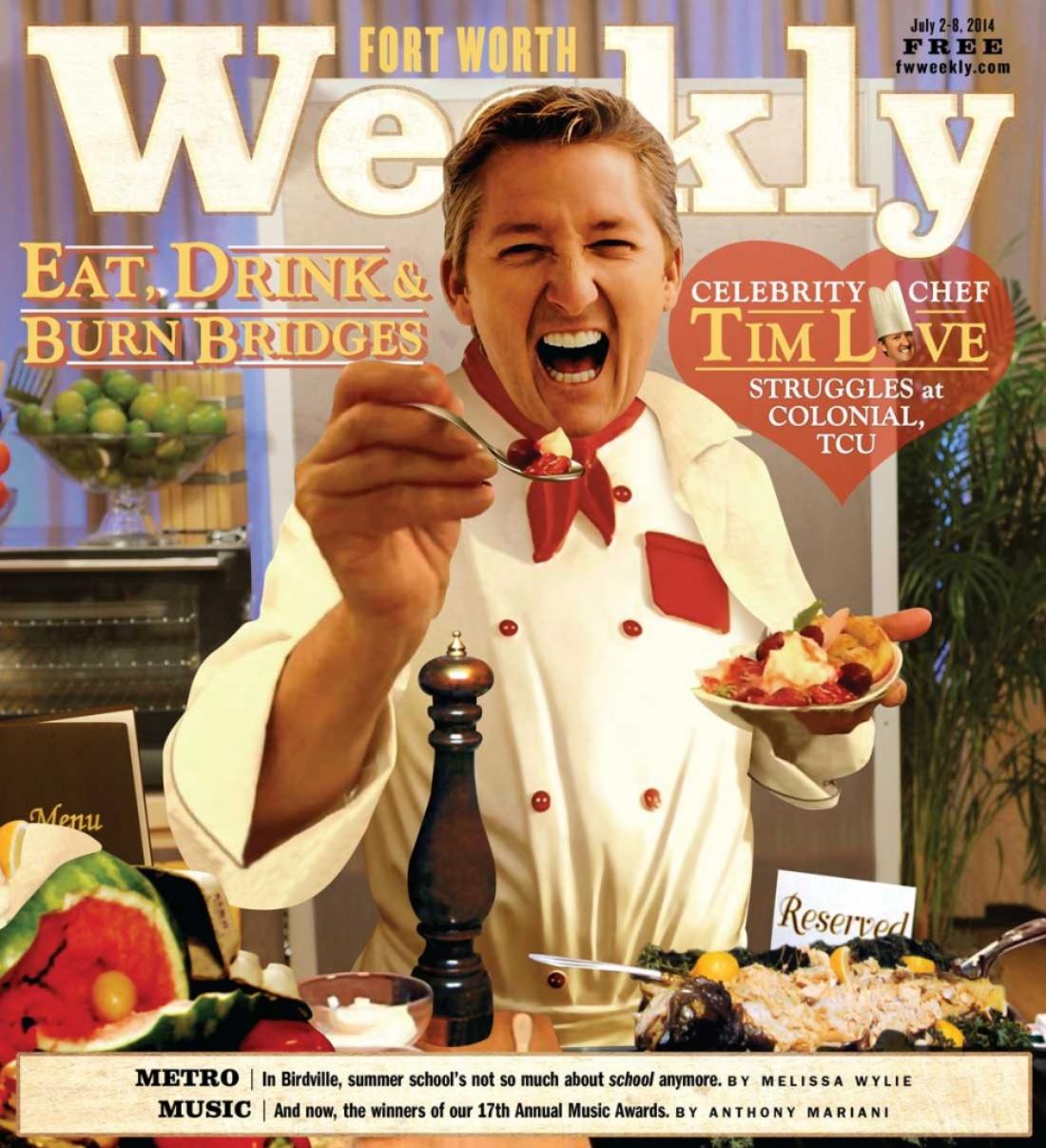 Love is on a roll.

Sure, Fort Worth’s biggest celebrity chef Tim Love might have duffed his one big shot at commandeering the concession stands at Colonial Country Club. Apparently, feeding thousands of people in multiple locations at a major golf tournament isn’t as easy as it sounds. Love’s triple-bogey got him bounced out of that high-profile deal after one year. He’d already blown a similar shot at Texas Christian University.

Stories about his combative and abrasive nature dog him locally as well. I hear them often; people seem to relish sharing them.

While he’s stumbled in Cowtown recently, he’s been on a good roll in Austin.

Austin 360’s Matthew Odam wrote a glowing piece about Love’s grill demonstration at the Austin Food and Wine Festival last month (Love co-founded the event.) Odam noted the chef’s charisma and “obvious affection for the grill,” and interviewed a couple who say they’ve been to four of Love’s demonstrations and have learned something new each time.

Of course, there’s always that pesky little personality issue. Odam referenced some of Love’s flaws: “For several years I have heard the popular Fort Worth chef boozing, carousing and cajoling from afar. The sexual innuendo (I guess it’s too blatant to be called innuendo) and hollerin’ always left me a little nonplussed.”

But Odam softened that criticism by saying he’d come to better understand Love’s “roguish and juvenile charm.” (Is that what they’re calling arrogance now?)

Austin’s love of Love didn’t stop there. Love recently won first prize at the Rock Your Taco contest at Republic Square Park, and he’s revealed plans to open another Lonesome Dove Western Bistro next month at 419 Colorado St. in Austin.