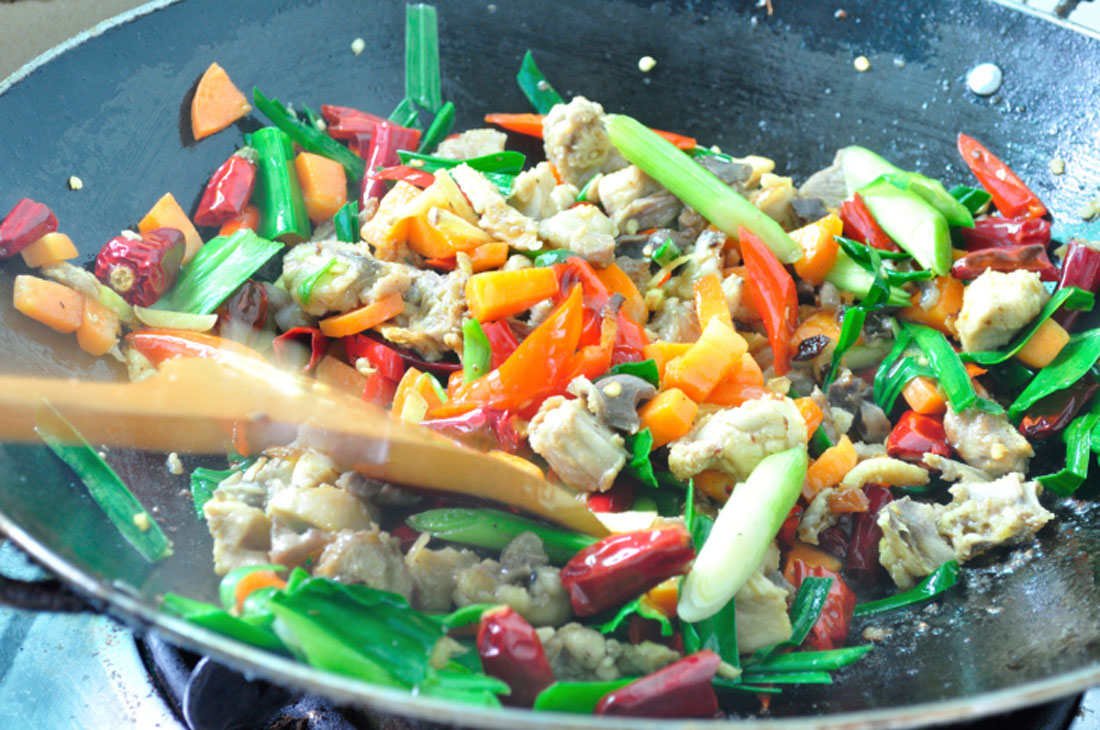 I was recently complaining to a friend about how there are precious few great, fast, cheap Chinese food places in town. Sure, you can go to any of the pervasive chains and have a decent meal, or you could take a trip to Haltom City or Arlington for some superior Chinese grub. But why can’t we have tasty, inexpensive lo mein on every corner in my city?

It’s not like we’re completely devoid of good options. It’s just that some of those places, most notably the outstanding new Near Southside eatery Cannon Chinese Kitchen (“Aim that Cannon,” April 8, 2015), are a little too pricey for everyday dining. I was talking about the kind of cuisine you’d feel comfortable eating straight out of one of those white boxes that unfolds into a plate. I want stale fortune cookies containing some platitudinous drivel written in broken English.

My friend suggested that Le’s Wok (812 W. Rosedale St.) was just the place I was seeking. And then he quickly changed the subject to shut me up.

I was a little embarrassed I had never been to Le’s, especially since it was all over the news last year after the owner was robbed at gunpoint. There were multiple social media campaigns to help the guy recover some of the money he lost. I always meant to stop by, but the 4,862 new restaurants that have opened in Fort Worth this year wiped it off of my radar until a friend and I dropped by on a recent afternoon.

The dining room of about 10 tables sprawls into an attached grocery/convenience store. Half the diners were surrounded by floor-to-ceiling refrigerators. That’s not a bad thing in my book, by the way. Besides, the folks at Le’s have at least made an effort to make the place look homey and comfortable. Flowers and white linen top each table. It doesn’t exactly feel like New Year’s Eve dinner at The Plaza Hotel, but it’s a nice touch.

The two-page menu is a broad tent of Asian cuisine, with all the Chinese dishes I craved, plus some distinctly Vietnamese fare. My guest and I sampled the culinary offerings from each country for our appetizers. The Crab Rangoon ($3.95) was light, crispy, and bursting with a fresh-tasting crab paste. The accompanying sweet-and-sour sauce was nothing special, but the little morsels didn’t really need it.

I find most spring rolls flavorless, and Le’s shrimp-and-tofu version ($2.95 each) were no exception, save for the tiny bit of sriracha sauce mixed into the dish’s peanut sauce, which brought the rolls alive.

For my entrée, our server recommended the lemongrass chicken ($5.95), which had a decent, spicy flavor of sesame oil, onions, lemongrass, and jalapeños, but the bird was way overcooked and tough. My guest’s beef-broccoli ($6.95), on the other hand, was tender and moist, and the veggies were cooked al dente.

Le’s isn’t exactly the next coming of General Tso, but it’s at least comparable to some of the better places around, like Asia Bowl & Grill, Pappa Chang Asia Bistro, and Skillman Wok & Grill.

And at the end of our meal, I got a fortune cookie with lucky numbers. I didn’t have far to go to buy a lottery ticket.