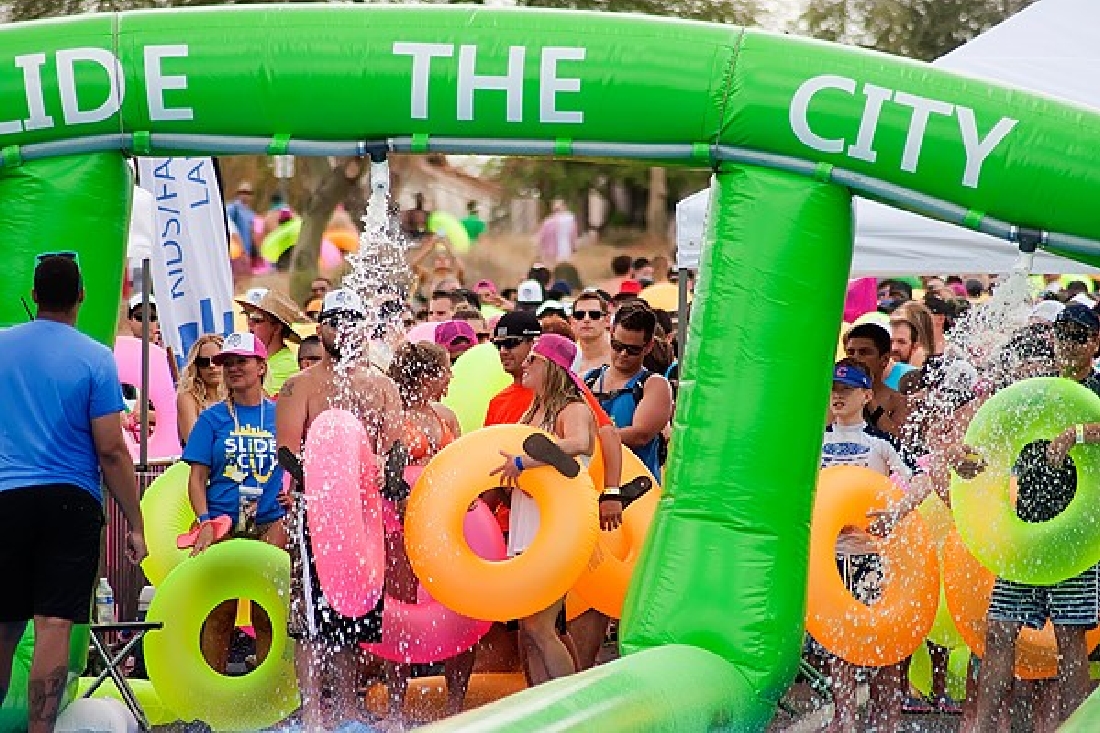 Back in February, the Trinity River Vision Authority announced its plans to transform the North Main Street bridge into a 2,000-foot water slide as a part of Pantherfest. At the Slide the City event on June 6 (Fort Worth’s birthday) at Panther Island, the TRV will attempt to break the world record for the longest distance traveled on a slip and slide in one hour, between 5:30 p.m. and 6:30 p.m. The Guinness Book of World Records folks will be on hand to witness the event.

According to a press release from the TRV, you should get your tickets to the potentially record-setting slide down North Main Street as soon as they go on sale Friday morning at 9 a.m., as the event is expected to sell out.

The slippery trip down North Main will again be a part of Pantherfest, a free all-day celebration of Fort Worth, with local bands, brews, food, and more. Some of the music acts include Chris Watson, Charla Corn, Shotgun Friday, Legacy 4, Chucho, Adrian Garza, Ryan Tharp, Two Ton Folk, DJ John Pollard, and Cody Culberson. The schedule of music on both the Panther Island Brewing and the Fort Worth Harley-Davidson stages is listed at PantherFest.com. No ticket is required for the ‘Fest – only the slide.

“Fort Worth is the best city in the nation and I’m so excited that the community is coming together to celebrate its birthday in a fun Fort Worth fashion,” Mayor Betsy Price said in the release. “I can’t wait to see people from across the whole city show up to put Fort Worth in the record books as we slide the city!,” she said.