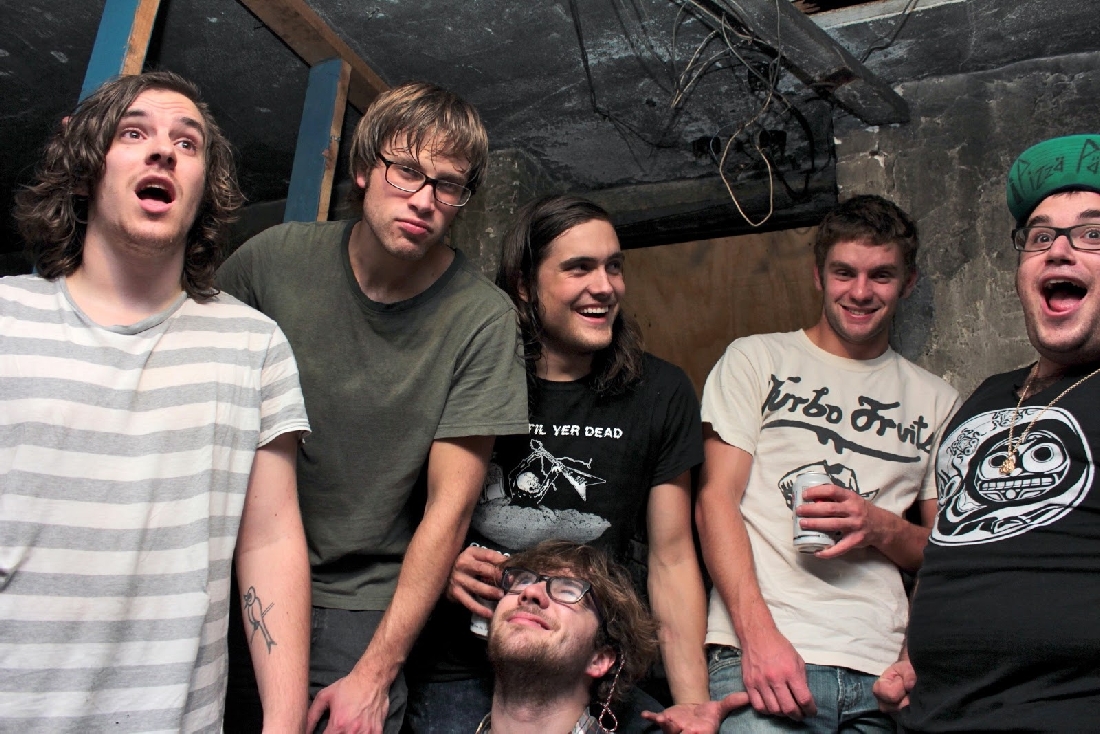 1) You know how people who smoked weed in the ’60s,’70s, and the’80s often remark on how much more potent “lids” of “grass” are now? They act like modern pot is grown near nuclear power plants or something. Anyway, long ago, I would ride my bike to the corner video rental store and get lost in a phantasmagoric wonderland of VHS sci-fi and horror, memorizing every detail from the back of the boxes knowing I’d be grounded for who knows how long should I get caught watching the Toxic Avenger or Femalian. Years later, before Netflix offered streaming service, I gorged on all that forgotten, rotten, b-movie greatness. For weeks my mailbox was nothing but other Reagan-era crap like Hell Comes to Frogtown, and The Stuff. Now I just get Star-Telegram circulars and letters from the Linebarger, Goggin, and Simpson collections law firm.

While my snail mail is boring, Thursday night’s movie and music bill at the Texas Theater in Oak Cliff features Class of Nuke ‘Em High at 7:45 p.m., followed by a stellar punk rock show immediately after: The Street Arabs at 9:30 p.m., War Party at 10 p.m., Memphis rockers The Sheiks at 11 p.m., and the legendary Jack Oblivian at midnight. Admission is $12 –– this show is probably the best bang for your buck all week.

2) The Ticket may have “baby arm,” but Diarrhea Planet has “Babyhead”:

In this Noisey interview from a couple years ago, Diarrhea Planet singer/guitarist Jordan Smith relates how their manager approached the booking agent for Toronto hardcore band Fucked Up about working with Diarrhea Planet, but the booking guy declined because he thought the band’s name was too offensive. Which name would you rather your mom see on a marquee? Sub-question: Isn’t the music industry strange and often dumb? Luckily, nobody at Three Links thinks Diarrhea Planet is too gross a name to put on a poster, which is probably why the bands shows are pretty packed every time they hit Dallas. Actually, it’s their relentlessly hooky songs, Maidenesque shredding, and party-hard live show that get probably people in the doors. The doors for the show at Three Links on Thursday open at 7:30 p.m.; Diarrhea Planet will be joined by Philly (by way of Virginia) pop punks Left & Right, with local support provided by Dallas surf-punks Sealion.

3) If you believe in Hell, musicians the world over would appreciate it if you set aside a special section within its bounds for gear thieves. Honestly, if you can make the gear thief section of Hell similar to where your imagination stashes Hitler and/or wealthy, apparently untouchable pedophiles, that would be great. I bring this up because there’s a psyche-rock band from California called Slow Season who had their van vandalized in St. Louis (in broad daylight, in an allegedly secure parking lot) and a bunch of their stuff (clothes, money, various electronics) was stolen. They’re playing the Double-Wide in Dallas on Friday night, and it would certainly cheer them up (and put a little cash in their pockets) to see a bunch of people at their show. Check out Slow Season’s sound in this video, which incidentally features a brief clip of the band playing at the Grotto:

4) Critically lauded Denton songwriter Doug Burr is doing an album release show at Magnolia Motor Lounge on Friday for Pale White Dove, the full-length he put out in early May.  MML is always an interesting choice for performers who don’t work the country or Red Dirt circuits, only because its crowd tends to lean that way, but the sound is usually great in there, and Burr’s live shows of late are a lot louder than the intimate listening sessions that characterized a lot of his performances when his last album (2010’s excellent O, Ye Devastator) was new. At least the people who like to smoke and talk during live shows have to go outside to do that at MML! Besides Burr, the bill also features Oklahoma filmmaker/songwriter Beau Jennings, and Jake Paleschic, who you can check out in this video:

5) Local loudness purveyor Up to Eleven is putting on a pretty fun night at the Grotto on Saturday, combining video games and bands into something called Bitstock 2015. The music lineup, headlined by heavy alt-rock band Night Gallery, also features prog-rockers the Raven Charter, the iron-attracting properties of Magnetite, nerdcore hip-hop from Doug Funnie, and Arlingon psych band Invisible Signal. The video game side of it is blissfully retro, with tournaments in NBA Jam (on a Genesis), Mario Kart 64, Street Fighter II (SNES edition), and some NES-based “mystery tournament”, which sounds like some people arguing about the fairness of using Bo Jackson in Techmo Bowl. Spoiler alert: it’s not fair at all.