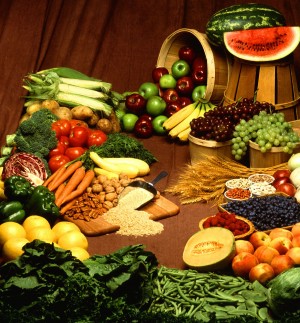 You know, when you’ve been a chef and a dad and had to feed a room full of people–maybe 150 at the restaurants, though i preferred the New York joints which had about 46-60 seats–or a family full of 8 including sons’ girlfriends and so on, you get used to cooking a bunch. And you get used to cooking several things at the same time. Simple as they might be, you’ve got your eye on two/three/seventeen different dishes at the same time.
Well, I don’t cook in restaurants anymore and my kids have grown up and moved out and I never know whether I’m eating with just Madeleina or if Chepa, my wife/ex-wife is coming over with the kids and whether my son Italo will show up with his baby, Taylor Rain and his wife Sara, or if my other son, Marco will show and bring a friend or three. Or if Madeleina will bring two friends or not show up for dinner at all.
Then there are the dogs: Boots, the guard dog; Blackie, a big dog that only answers to that name who showed up 8 weeks or so ago and adopted us, and the two new border collies, Keys and Beautiful. Plus the cats, of course, and the birds ……
So I cook chicken–big chicken for Boots and Blackie every day. Way cheaper and better than dog food in a bag or can. Nothing fancy and no, they do not sit at the dinner table. Just two, three pounds of chicken with some veggies and rice mixed in for each of them. The border collies get a pound of chicken livers mixed with rice and puppy food, or chicken gizzards or hearts–again, way, way cheaper than anything I can buy at the store. Livers, gizzards and heart are all bout $1.50 a pound. Mix that with left over rice or beans and such and they get the three pounds of food they need daily for about $2. each, rather than if I bought 6 cans at $1.50 each.
But the family is unpredictable. Today I bought smoked virginia ham from the HEB deli, paper thin, with some slightly thicker baby swiss and a loaf of sesame seeded french bread for hot sandwiches for Madeleina and me. Then I made some homemade coleslaw and a potato/egg salad to go with it. Enough vinegar in each to cut the need for mayo to a minimum.
But then I had to buy and make chicken wings in case Chepa and the girls came over, or Italo and my granddaughter and his wife, or Marco and his girlfriend.
And then I made pico de gallo (diced red onion, tomatoes and cilantro in lime juice with sea salt and cracked black pepper) in case everyone came over and I came up short and needed to make some fat burritos with left over chicken, black beans, avocado, sour cream and cheese–along with the pico de gallo.
So I’ve got about 4 meals ready. The liver and rice for the dogs smells really good. I hate liver but I might go for that and give them my chicken burrito or hot ham and baby swiss sandwich.
Either way, I’m keeping the cole slaw and potato/egg salad for me. Don’t even think of taking that.
Dinner at the Gormans. More complex than might initially appear.