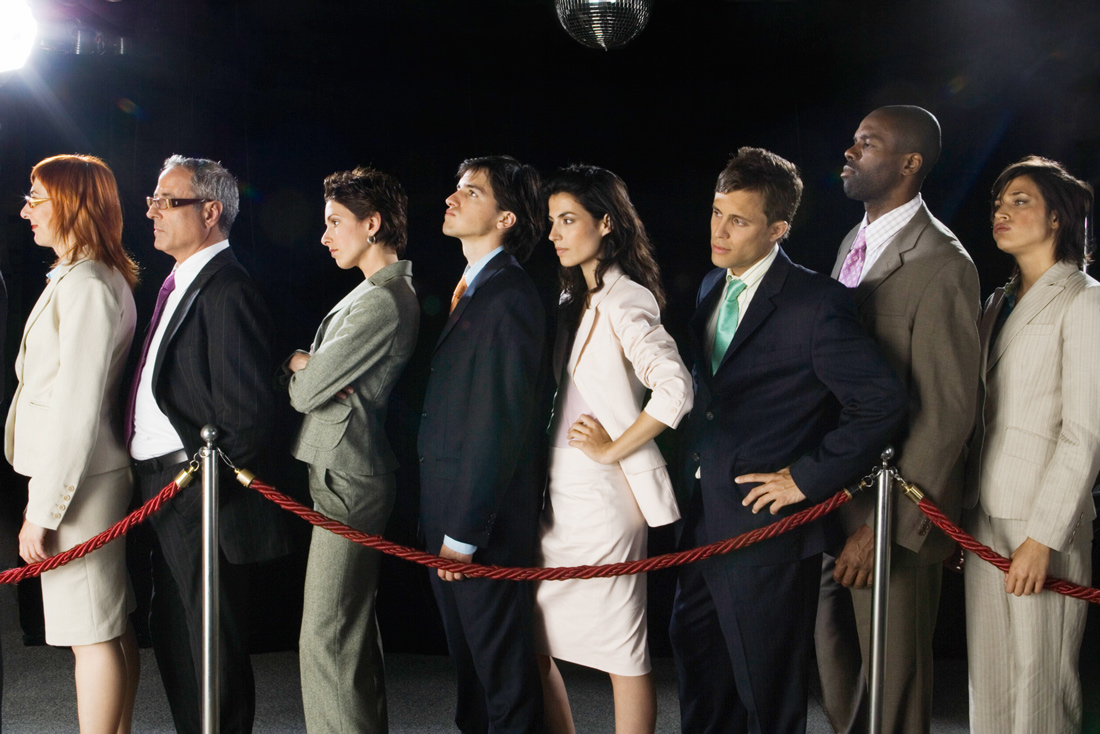 I felt like a twentysomething hipster about to be allowed into an exclusive nightclub for the first time. Don’t get me wrong. I felt bad for the people who were turned away from Heim Barbecue (201 E. Hattie St., 817-876-2741) after the place sold out of food. But pity, like the barbecue, was at a premium that day.

It was a tense wait in a rather long line on a hot Wednesday evening. A woman wielding a cruel Sharpie occasionally emerged from inside the newish barbecue trailer and crossed menu items off the place’s large butcher paper menu. It was the third time I’d visited the new ’cue haven, and I had yet to get food. I showed up a little early that night to line up.

My dinner plans changed with every swipe of her marker. First the jalapeño cheddar sausage went down. Then the burnt bacon ends fell to her rapier-like lash. I was the most devastated when the baby back ribs were killed off –– that happened with only two people in line ahead of me. There were only four things left on the menu at that point: brisket and chopped brisket, pulled pork and chopped pork.

But I made it. I selfishly bought out the place’s remaining fresh-tasting purple cabbage coleslaw ($10 a quart) and gutted the supply of delicious, cheesy twice-baked potato salad ($10 a quart). The person behind my three guests and I cleaned out the remainder of the meat. About 10 to 12 people were still in line when we finished. They left empty-handed. Heim should have some kind of warning system, like Franklin Barbecue in Austin, where people famously wait as long as six hours.

It’s not like the owners don’t want to make more food. The place is open only twice a week and has only one pit. Fort Worth native Travis Heim, who worked for a time on the Austin barbecue scene, crams the pit with as much animal flesh as he can. But until the bourgeoning meat temple hires someone to man the morsels overnight (the brisket takes 14 to16 hours to prepare), Heim can crank out only so much grub.

I rushed my over-packed tray to the picnic-style tables amid a swarm of flies, for fear the dejected diners might try to overpower me. I spent half of my meal fanning away insects, but once the food made it into my mouth, I had achieved barbecue nirvana.

To my knowledge, Heim is the only kitchen in town that uses prime brisket, and there’s a noticeable difference in quality compared to most of the local pack. The sliced brisket ($10) was silken and moist, with a dark, intense crust that zinged of pepper and smoke from aged post oak wood. Chunks of butter-like fat hung off the generously portioned slabs like slinky lingerie. The pulled pork ($8) was just as succulent and tender. The house ’cue sauce was a little sweet for my taste but had a nice tangy flavor that coated the tongue.

In the hierarchy of local barbecue, Heim is a serious contender for top dog. Billy’s Oak Acres BBQ (1700 N. Las Vegas Tr., 817-367-2200) is still my number one choice. But part of my ranking has to do with the fact that I’ve twice been turned away from Heim and had to fend off a biblical plague of flies the one time I was fed.

The food is excellent, if you’re lucky enough to get some.