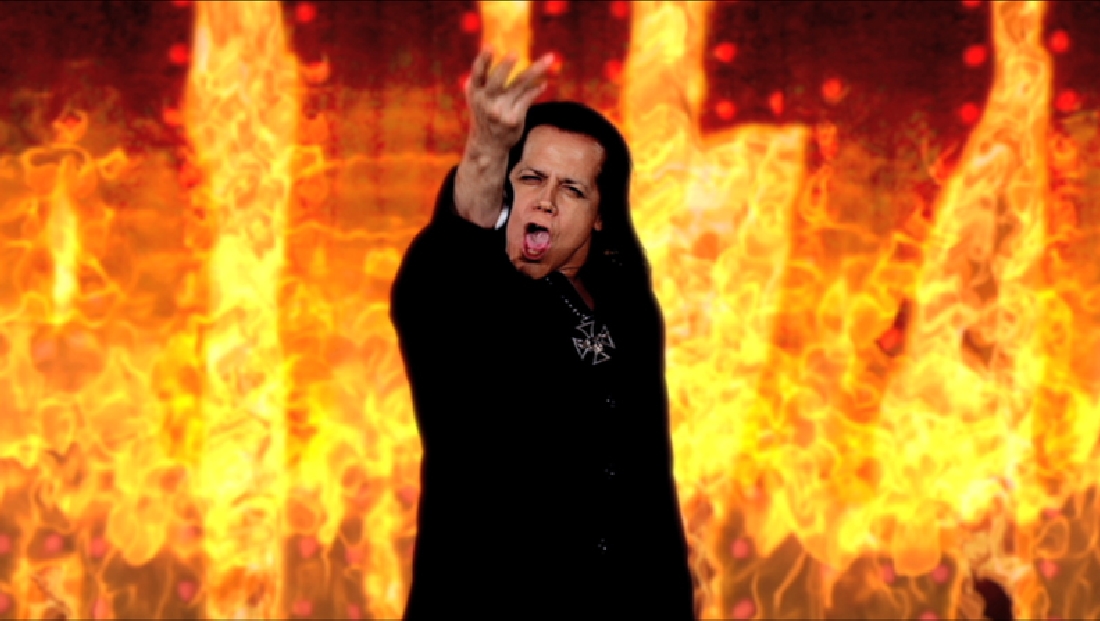 1) For all the snide remarks I sling at cover bands, one of my old band’s favorite bits to do live was adding a coda to our cover of the Vandals’ “My Girlfriend’s Dead” by belting out our own cover of the outro chorus of the hammy NOFX cover of The Misfits’ “Last Caress.” Nowadays, a cover ending in a cover of a cover is probably something that happens often around these parts, but anyway, here’s a video of some dude who looks like Fat Wreck Chords Lyle Lovett playing bass along with NOFX’s Misfits cover:

Whether you find that story interesting or funny or neither, I thought of it because Danzig is playing at Dallas’ Southside Ballroom on Friday with Pennywise and the Cancer Bats. As silly as Glenn “Onion Soup” Danzig is these days—and for (John) Christ’s sake, DO NOT take a picture of him, (and you probably don’t even want Danzig to catch you looking at him—don’t you want to hear him sing “Mother” live? It’s a rock ’n roll moment I’d put on par with watching McCartney singing “Hey, Jude”; the same could be said for Pennywise and “Bro Hymn”. if you want to get right down to it. Catch the greats before they’re gone, y’know?

2) Per the ending of item numero uno, what makes a band one of the “greats” is almost always subjective, but I feel like everyone can agree that ZZ Top unassailably qualifies. They’re playing at the Music Hall at Fair Park with openers Blackberry Smoke, a band you might think is one of those B-team ’70s southern rock bands like Ram Jam or Molly Hatchet, but they’re actually almost contemporary, having formed fifteen years ago in Atlanta. The still probably sound like they came from 38 years ago, though. Tickets are between $50 and $90, and while that might sound pricey, you have to remember that there is a finite number of times anyone gets to do anything, whether it’s picking your kids up from school or playing the solo on “LaGrange”:

3) The Grotto has a nerdcore-heavy bill on Saturday; I’d like to point out that namewise, Crayondroids, Bitforce, Droidekka, Doug Funnie, and Invincible Czars are among the cream of the local crop, but the music is pretty boss as well; even if you don’t get Doug Funnie’s Metal Gear jokes (luckily I do!), Droidekka’s ska’d and reggaefied versions of classic 8- and 16-bit video game themes are pretty much universally fun. Try Crayondroids’ “Destroy All Humans” on for size:

4) Speaking of good band names, Portland, Oregon’s STRFKR hits Trees in Dallas on Saturday night. They’re foremost a pop band, but a lot of their songs are built on sinister, implacable grooves and darker lyrics than their hooks would let on; to me, that kind of makes them of them as a dancier descendent of Joe Jackson, though they have to work a little harder to give people a nice uneasy feeling, where Jackson’s “Stepping Out” doesn’t even have to try. This video for their 2012 hit “While I’m Alive” isn’t as cool as it thinks it is, but the song is pretty hard to escape:

5) Shipping & Receiving’s Sunday night show is a must for fans of musicianship; I realize that’s a pretty dull thing to say, but it’s headlined by famed finger-picking guitarist Albert Lee, a contemporary of s’70s-era Clapton, Deep Purple, and Emmylou Harris, not to mention backing Don Everly during his time working the Nashville trenches. Besides Lee, alt-country side player Cindy Cashdollar is the opener; she’s played dobro, slide, and lap steel for a ton of heavy hitters including Lee himself, but also Ryan Adams, Bob Dylan, Van Morrison, Asleep at the Wheel, and Rod “Broken Arrow” Stewart. The show starts at 8pm and tickets are $15.