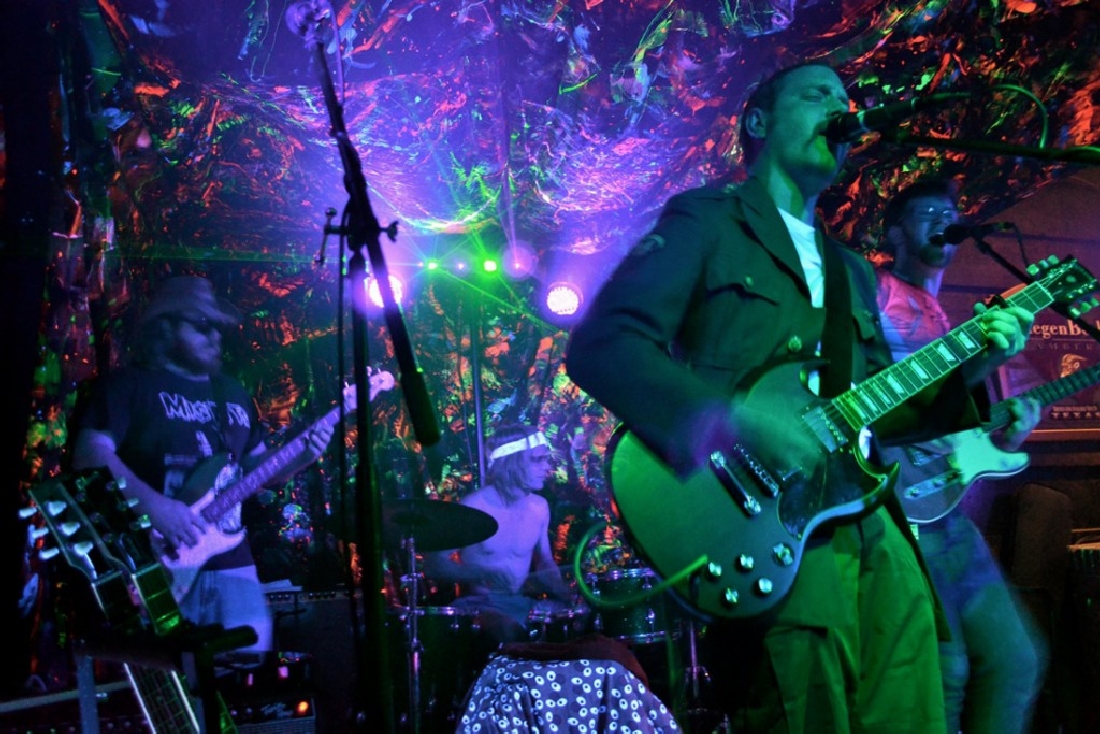 1) Hey look! It’s the weekly exhortation to go to a show in Dallas! But anyway Siberian Traps and Fou are two Fort Worth bands playing a Dallas venue on the same night, which doesn’t sound like that big a deal to me, but is probably a big deal to someone. They’re both playing at the Sundown (the place next door to the Granada Theater) Thursday, and the show is free. Siberian Traps have been around for a little while, and I feel like somewhere along the way the band got unfairly pigeonholed as Americana and/or alt-country; to my ears, they’re way more psychedelic than devotees of whatever is the 21st century equivalent of John Mellencamp or Whiskeytown would have you believe, but the band’s music does suggest a certain affinity for Neil Young. I dunno – they’re propelled by some pretty hypnotic grooves, a quality I don’t normally associate with Ryan Adams’ music – when I watched them in June at Shipping & Receiving, I felt like they could easily score a modern spaghetti western. As for Fou, the band was Jeevan Anthony’s project prior to writing the music that would eventually turn into Madras. It’s a little more energetic than Madras’ textured, wintry, introspective material, but it still benefits from Anthony’s gift for melody and arrangements. As a side note, Jeevan Anthony is moving to India soon for the foreseeable future, and if you’re into his music, you should catch him while you can. The show starts at 10pm, apparently following a drunken spelling bee that begins at 8pm on the Sundown’s roof. This is an old video of Fou working on a jam, but it gives you a good idea of what they sound like.

2) Another reason to go to Dallas on Thursday? Go to the Doublewide to check out Ill Smiths, the full-band vehicle of songwriter Elijah Wichryk. Currently recording its debut with Son of Stan’s Jordan Richardson at Electric Barryland in Justin. Wichryk and friends will be jamming their reverb-drowned, jangly pop rock at 9p, followed by Bent Denim, a band created by a couple of former Dallas dudes emailing each other tracks from their respective, current homes in Nashville and New Orleans, resulting in slo-mo dream pop. Austin’s Hovvdy (I’m assuming it’s pronounced “howdy”) headlines; here’s a video of Howdy Doody:

3) Jeevan Anthony’s other band, Madras, will be performing at Live Oak Lounge on Saturday. While quieter, more delicate than Fou, Madras is no less compelling; you just have to listen a little more intently, and in fact, the first time I saw them (at the Cellar), the entire crowd (which admittedly peaked at a mere 25 people or so, actually shut up and paid attention. How often do you get an audience like that, where nobody is leaning into a friend’s ear going, “Hey it’s great to see you! Do you like this band? What are they called? Want a Fireball shot?” Along with Madras, you’ll get to see Seward, an experimental chamber pop from Spain, spending time in the States to record and tour. The only thing missing from this bill are a bunch of couches to get comfortable and absorb dreamy songscapes, like this one:

4) In case you missed Tame… Tame and Quiet at Lola’s last weekend, get some “Breakfast”:

As pointed out in last week’s Hearsay, Tame… Tame and Quiet has returned to local stages after an extended hiatus of what – three, four years? However long ago it was that the four-piece went into hyper-sleep, they’re unthawed with a new rhythm section and new material to boot. Way back when, they were probably the one band on which every local media outlet could agree that they were great, inventive, and didn’t sound like something that had come out three years earlier in Brooklyn or wherever, and their reemergence is fortunate for everyone who missed them the first time around. TTXQ will be at the Boiled Owl on Saturday night, after Dove Hunter (themselves a critical favorite from the mid-aughts) and some band from Denton called Glitterature who appears to be deliberately shrouded in mystery. Their Facebook page depicts three members, the middle of which operating equipment on a table, so likely some kind of electronic thing. Whatever it is, you probably don’t want to miss this one, y’all.

5) Also on Saturday: long-running redneck rock ’n rollers Honky will be filling the Grotto’s smoke-free front room with volume and sleaze, with help from the Me-Thinks, Southern Train Gypsy, and Black on High. If you steer clear of people who wear Pantera t-shirts and smell like weed, this show is probably not for you, but the rest of us can expect a full-throttle, high-decibel good time. Here’s Honky singing about smoking weed, a good time with or without decibels: