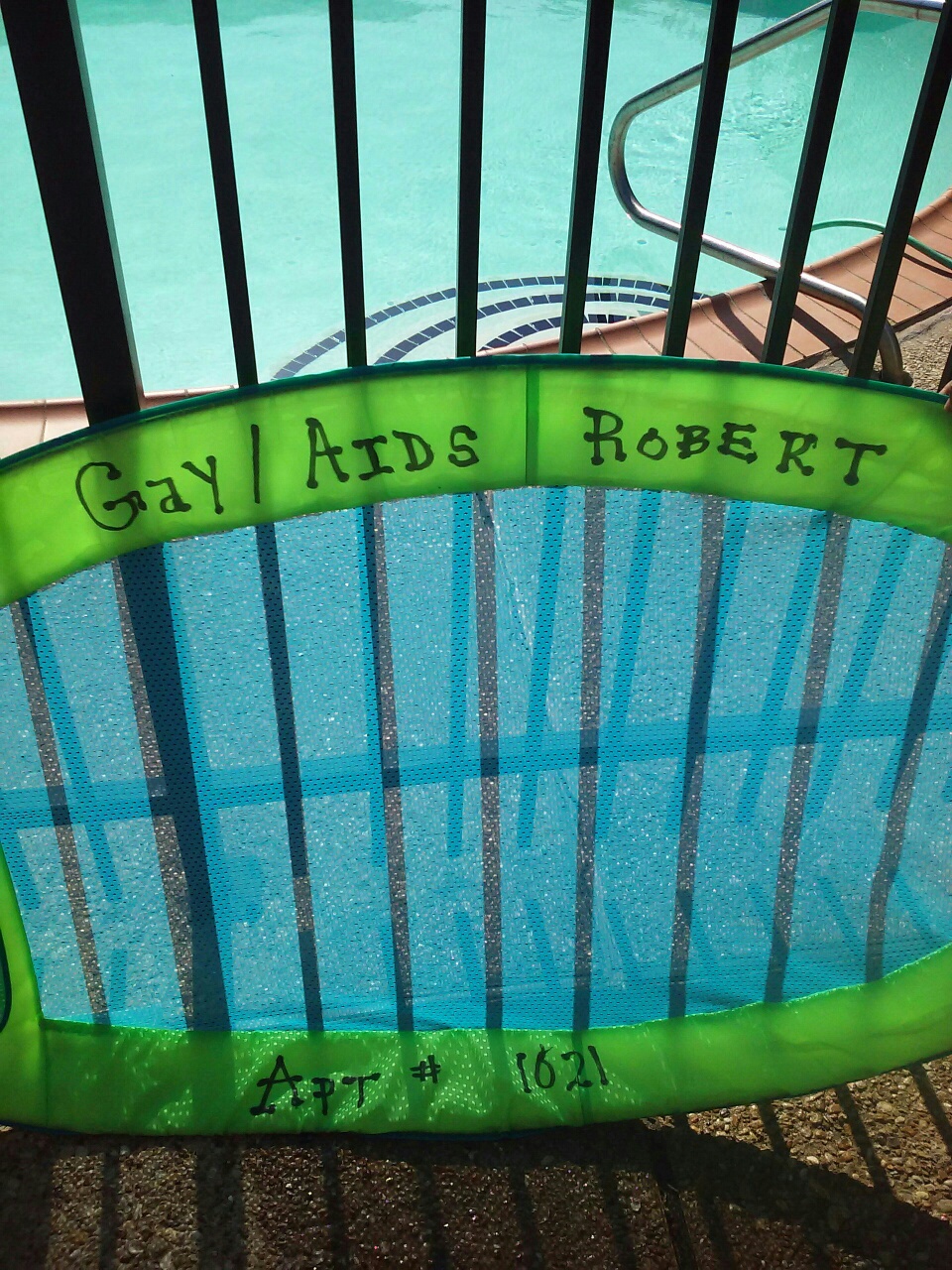 A man named Robert (last name doesn’t matter here) recently got in touch with Fort Worth Weekly to report a hate crime. It seems that during the July 4 weekend, his swimming pool float disappeared from the balcony of his apartment in the Ridgemont area. No big deal. But it turned out to be a big deal when the float reappeared nearly a month later, on August 1. It was in the pool, airless because it had been cut with a knife several times. And written in bold letters on it were the words “Gay/ AIDS Robert  APT # 1021”.

“That was frightening,” he said. “Fortunately, I was in the middle of moving out of that complex when the float reappeared, but still, not being sure who had done it, it left me scared.”

Compounding matters, because he was frightened, he started carrying a BB pistol in the back  of his pants at night, and got busted when someone took it for a 9 mm. “I never would have carried that if I wasn’t so scared. I didn’t know what else they would try and just needed protection.”

He spent two nights in jail and has a court date coming up.

The Fort Worth PD had a hate crimes detective look into things. He interviewed some people, said Robert, “but has not been able to make a case against anyone.”

Assuming Robert’s court date does not result in any more than a fine, he thinks he’ll be okay. “I’m several miles from my last apartment, and I’m going to be fine,” he said. “But I think it is important for people to remember that hate crimes are committed even in the nicest places, and this was a hate crime. We need, as people, to do better.”