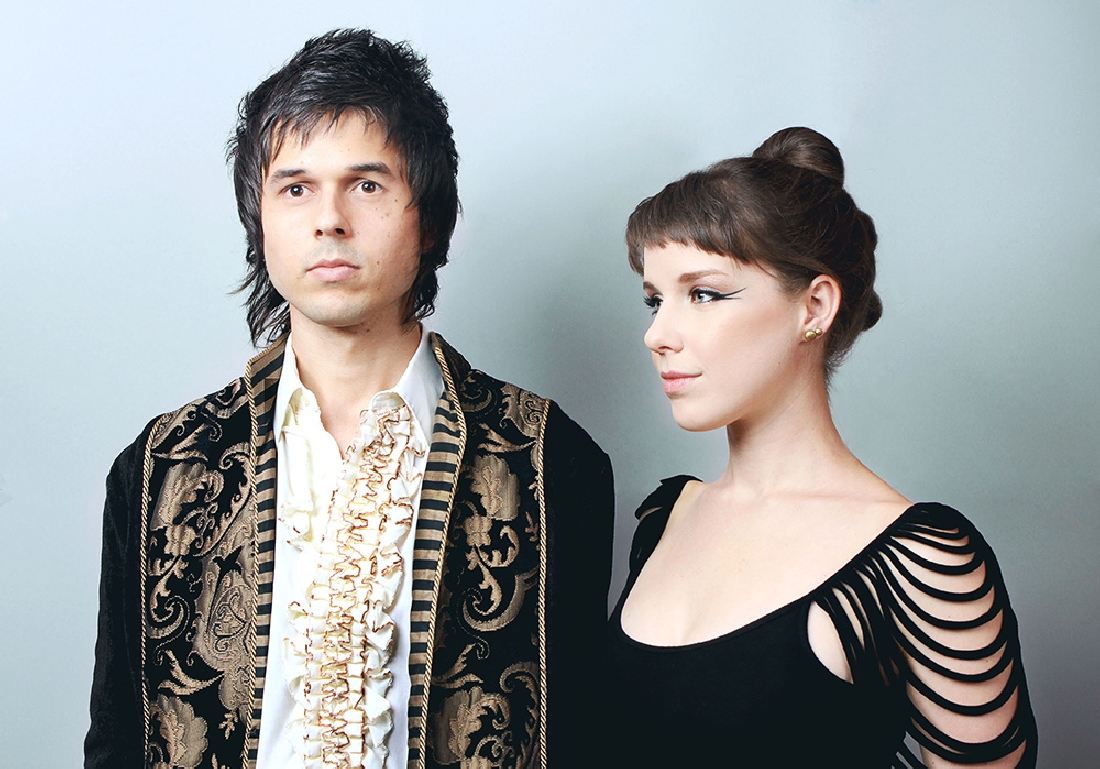 1) Okay, okay; I’m going to backpedal a little about what I wrote regarding Classic Cult in last week’s list: now that I think about it, I guess it doesn’t really matter artistically (or has ever mattered, I suppose) when an outside party assembles a band in order to achieve a certain sound, then markets that idea with hype based entirely on image. Whatever gets the most people to a show, do that, and if there’s one thing I learned from the past year and a half of following local bands, it’s that a flood of black and white Instagram photos can be instrumental in catapulting your musical aspirations to the stratosphere, or, failing that, at least world tours and late night network TV show appearances. When a band has a cool look, why not flaunt it? Having said that, I guess I just wish the members of had Classic Cult formed their band organically and written their own songs, but that’s just me being cranky. Morevoer, of the show they played at Dada last week, I have heard nothing but good things, and they’re playing again a few doors down at Three Links in Dallas on Friday, kicking off a show headlined by Party Static, with this band from Louisiana called Moon Honey, and Blue, the Misfit in the 11 and 10 spots, respectively. It’s a pretty bangin’ lineup, and this show will be the place to be.

A side note: you might have formed an opinion of Party Static after reading Lindsey Cole’s dismissive review of their performance at Lola’s back in July; I guess with that band, you are either on board with the frontwomen’s antics or you aren’t. Either way, they put on a high energy show, and as for Cole’s assertion that “Party Static is more about image and partying than music”, I disagree; I get how one might think the “shrieking” vocals and between-song banter are annoying, but overall they’re a fun band that makes irresistibly danceable rock music, and I think that if they are trying to cultivate an “image”, that image is “young people in a band wearing clothes.”

As for Moon Honey, I’ll leave it to you to make your own decision based on this video for a song called “Boy Magic.”

The music (and musicianship) is pretty great, so much that I can actually get past the guitar player’s are-you-fucking-serious Nigel Tuffnel hairdo (BUT ONLY JUST BARELY). I’m on the fence with the singer, though. Her voice is beautiful, but it has the sort of theatrical quality that you either really like or makes you say, “Eh, I’m just not that into St. Vincent.” I’d guess that they are entertaining live, however.

Blue, the Misfit might seem like the odd man out here, literally since he is a man and the other three acts on the bill are fronted by women. Well, that and he’s a rapper, which might not be most people’s first idea for slotting in the middle of rock and pop bands. I think that’s the best place to put a rapper, though, especially one like Blue in a bill, because he makes a show feel like a movie house party that’s about to burst into some kind of hilarious trouble. That’s what I thought when he got the crowd at Summerthon really amped. If you catch his set, try to imagine Kevin Hart trying to coax Jay Baruchel off a roof, while Emma Stone and Elizabeth Banks (playing sisters who are jealous of each other) somehow bouncing off a giant trampoline into a pool. Who knows? Maybe Timothy Busfield plays their dad! #thirtysomethingturns28onthe29th

2) “Don’t miss Blank-Men”. I don’t know if anyone has ever said this, but it’s certainly sound advice. Of course the obvious reference you might hear in Blank-Men’s songs is DEVO, which is sort of like taking a drink of water and saying, “Ah… you can really taste the two-to-one hydrogen-oxygen ratio.” But in the way that a glass of water has subtleties to its flavor like fluoride and methane, there’s more to Blank-Men’s sound than cataloging them by a DEVO influence alone – to me, they sound like a cybernetically enhanced human body disagreeing with its circuitry. Here’s what I mean:

In any case, Blank-Men headline a bill at Rubber Gloves in Denton with China Kills Girls, County Lines, and Creepeth. According to their Bandcamp page, County Lines calls its music, “Beckfluenced”, so this show has a good variety of music, ending with edgy spastic punk and hardcore with some jangly indie-rock shading at the front.

It’s another Friday on the Green, y’all: September’s lineup is singer-songwriter-centric, headlined by Chris Watson, with Ryan Tharp at 8pm and Hannah Claire starting the evening. In a review of her debut album Every Little Sound, Jimmy Fowler compared her voice to Susanne Vega; I think that’s apt, but more importantly, her delivery really sells lyrics that limn the details of heartbreak in a way that belies her 18 years.

Chris Watson’s sound and show will appeal to Josh Weathers fans; his band is tight, and his music is funky white-boy soul, sure to inspire hip-shaking across the Green’s sea of blankets. As for Ryan Tharp, he’s been a regular fixture at Magnolia Motor Lounge, with a residency and the album he released this year out on the venue’s own label (Magnolia Records); Tharp is one of those players who tends to take more creative risks when the vibe is exciting and a crowd is really into it, so seeing him on a big stage will probably make for a memorable set.

4) You probably know this jam, don’t you:

If you had told me three years ago that the Live Oak had booked Chamillionaire, I would have thought you were putting me on; when Live Oak first opened, it booked shows ostensibly intended to appeal to everyone, but especially the over-40, really-stoked-that-the-value-of-my-house-in-the-Fairmount-is-suddenly-going-up set. Back in the Live Oak era of John Oates solo shows, suggesting that they would have a prominent rapper hit their stage would have sounded like a prank.

But my have times changed! With the help of local hip hop impresario Smooth Vega (via Smoothvega Productions), Live Oak has moved beyond the world of precious roots acts with uncle, aunt, brother, sister, and other familial titles in their names and onto shows with dudes who grew up with Paul Wall. Hailing from Houston, Chamillionaire came up with the strength of his mixtapes, turning into an underground force of nature before breaking into mid-aughts mainstream pop consciousness with “Turn it Up.” In any case, this is easily the most exciting Live Oak show in a good while; since you’re already going to be in the neighborhood for Friday on the Green (RIGHT???), you oughta spend the rest of the evening getting turnt at one of the city’s nicest venues.

5) “Ladies and Gentlemen, put your hands together for this video of legendary Dallas band the Buck Pets!”

You know what’s happening at Panther Island Pavilion on Saturday, right? In case you’ve missed the sponsored ads and what-not, it’s Dia de Los Toadies, the annual music festival celebrating Fort Worth’s best-known band; one thing that will be celebrated in a very prominent way is their new album Heretics, which is actually comprised of old songs “desconstructed and reworked” to reflect artistic nuances like changes in creative tastes, studio fun, and affinity for things like mandolins. Of course the legendary Fort Worth band is the main attraction, but frontman Vaden Todd Lewis is pulling double-duty, as his post-Toadies band Burden Brothers is also on the bill. And ifq hearing “Possum Kingdom” and “Tyler” aren’t enough to remind you of 1996, Local H is also playing. I always gave them props for putting the word copacetic in a song. My grandpa loved that word, and I always wondered if his ears would perk up should he happen upon “Bound for the Floor” while driving around town doing his grandpa errands. Another funny thing: from top to bottom, the bands here are mostly local, except the band that has the word “local” in its name! Besides Lewis’ bands, there’s Holy Moly, the Buck Pets (one of Dallas’ most seminal post-punk, proto-alt-rock bands), Sarah Jaffe, Son of Stan, Sealion, and Amarillo’s Western Plaza, who starts the festivities at 4pm.