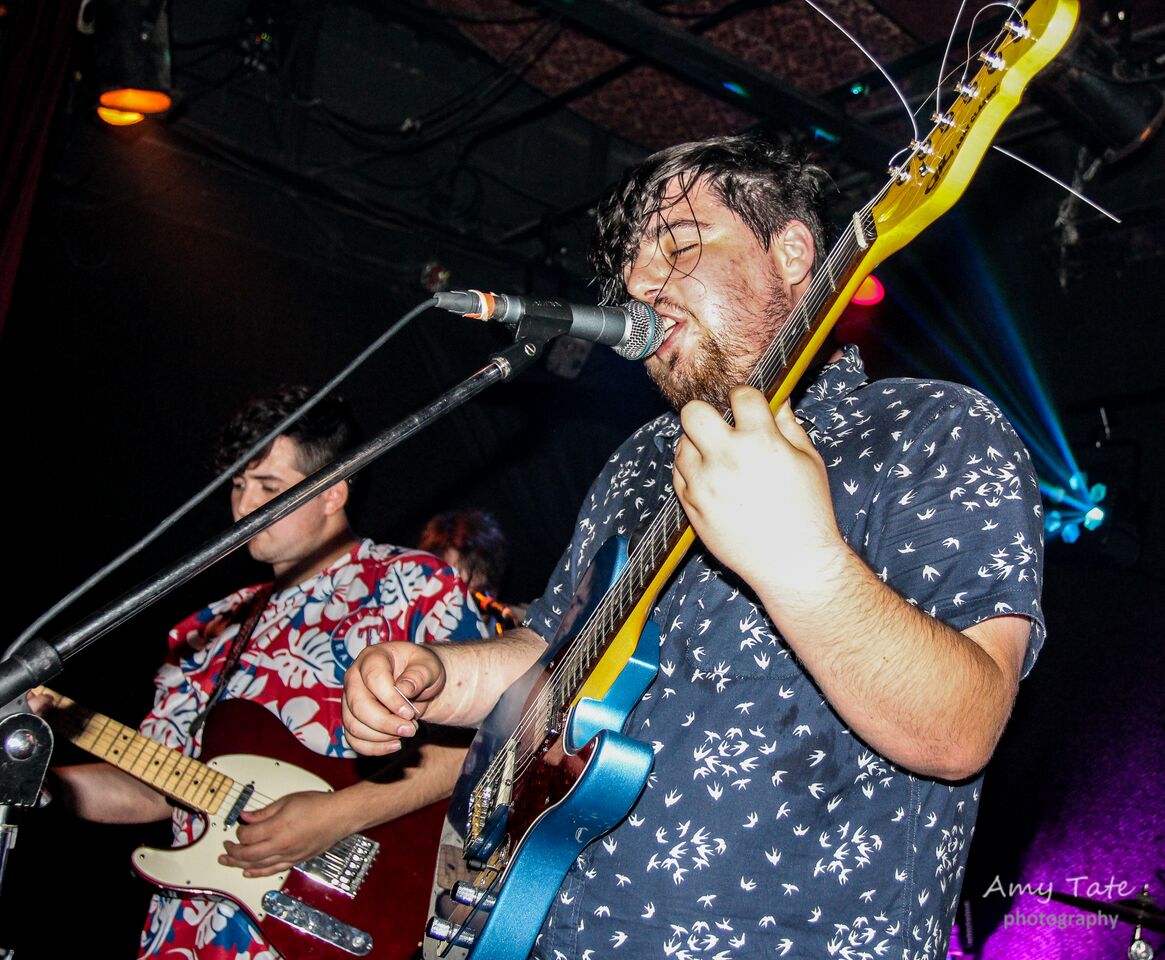 This past weekend, Fort Worth had no shortage of album release shows; it seemed like they were happening everywhere. Friday night I made my way to Lola’s Saloon for the release of part one of Mountain Kid’s two-part album The Realist. The bill also featured Trái Bơ, Dallas’ Party Static, and Animal Spirit as the headliner.

It’s been a while since I’ve been to a show where the opening band drew as many people as Trái Bơ did at 9pm on a Friday night. The band kicked off its set with a short instrumental jam session followed by a somewhat poppy tune with a groovy bass line that got progressively more rocked out as it built. Trái Bơ had the crowd dancing before they got white-girl wasted –– an achievement all bands strive for. The foursome is reminiscent of early Weezer, wonderfully nerdy, a little math-rockish, with garage band touches. They often use intricate key and tempo changes. The song “Symphonic People” seemed to be a crowd favorite with several audience members singing along. Trái Bơ was a great, energetic way to kick off the night.

Party Static took the stage next and kept the dance vibe going for those who were starting to get a little tipsy. The band’s look is definitely its strength. Its two frontwomen were dressed in the kind of modern hippie clothes that you’d see at Coachella. However, that’s where their appeal ended. Dallas seems to worship this band, but the ladies’ shrill shouting distracted from the tenacious rhythm section and fuzzed-out guitar sounds going on behind them. I noticed that I wasn’t the only one who wasn’t into them. A good number of people opted to go outside and chat during their sloppy, childish proto punk set. Party Static is more about image and partying than music. And that’s fine if you’re just there to dance, which plenty of people were.

Mountain Kid is a band I’ve seen several times, however when they took the stage Friday night the five-piece had a high-octane energy I’ve never seen from them before. Maybe the rush of releasing an album adrenalized the group. The house was packed and the band began with a loud, heavy tune with thunderous drums that were layered by singer Addison White’s piercing vocals midway through. Ever the showmen, the Kiddos doused the stage with lights and fog that seemed to ratchet up the crowds enthusiasm. The second song of the set, “The Tick,” was a good mix of White’s more indie rock influences and guitarist’s Josiah Hunter’s noise rock style. Shake the Moon’s Drew Harakal provided keys for this special show and filled any gaps in the music. “Feet First,” a track from the new album seemed to be the favorite as the crowd all yelled “feet first into the ground” along with the boys.

Around 12:30 a.m. Animal Spirit took the stage, ending the night with their crowd-pleasing fun surf-style sound. As the four-piece’s set ended, the sweaty masses weren’t ready to stop dancing and demanded an encore.