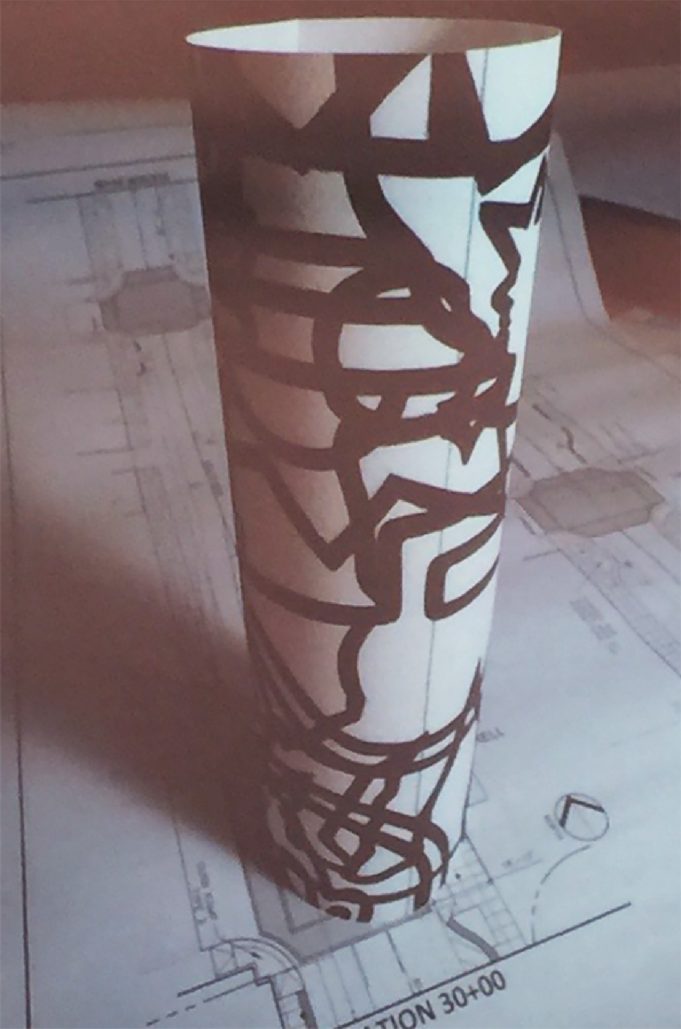 Public art has slowly but surely become a larger presence in the lives of Fort Worth residents. Fort Worth Public Art, the organization that seeks out artists and gets art installations funded, built, and placed in the city, has quite a few projects under its belt at this point, ranging from large items like the Avenue of Light sculptures on Lancaster Avenue to smaller things like murals on infrastructure and sculptures tucked into various public buildings.

One part of town that’s been conspicuously absent from a lot of the public art happenings is the Near Southside. While the district just south of downtown has made a name for itself as the home of Fort Worth’s hip urban-revitalizing creative class, and some of those residents have taken to the streets to do their own independent works of art in the public realm, there hasn’t been much in the way of capital-letter Public Art in the Southside. That’s all about to change, and one such project is coming to South Main Street as part of its complete ground-up redesign.

Fort Worth Public Art has brought Benito Huerta, North Texas artist and art professor at the University of Texas at Arlington, to create a public art installation along the remade South Main. Huerta and officials from Fort Worth Public Art and Fort Worth South, Inc. recently held a presentation on their plans, and from the looks of the concept material, this will be the biggest public art project in the Southside to date.

Huerta traveled the length of South Main as the street was preparing for its reconstruction, and made line drawings of some of the sights in the South Main Village neighborhood. These included bits of details from its historic building stock, like vintage industrial light fixtures, to the logos of the various businesses whose owners have been helping to turn around South Main’s fortunes in the recent past. These line drawings are being overlaid on top of each other to create intricate compositions of shapes, which will then be transferred to stainless steel.

These patterns will be cut from the stainless steel and shaped into six large conical sculptures, standing 10-feet tall with a diameter of around four feet. Once assembled, the sculptures will be installed at six points along South Main, between Vickery and Rosedale Streets. The finished mounted sculptures will feature internal lighting for night viewing.

The scope of the South Main Street public art project has grown over time, doubling in length along the street, so this should prove to be quite the attraction for the further redevelopment of the street. The art installation will follow the completion of the street reconstruction, so the exact timeframe is in flux as Huerta and officials balance the art timetable with that of the construction project. With South Main Street itself expected to be completed late next year, we may be seeing these glowing ten foot tall cones lining the street for the holidays, or shortly thereafter.