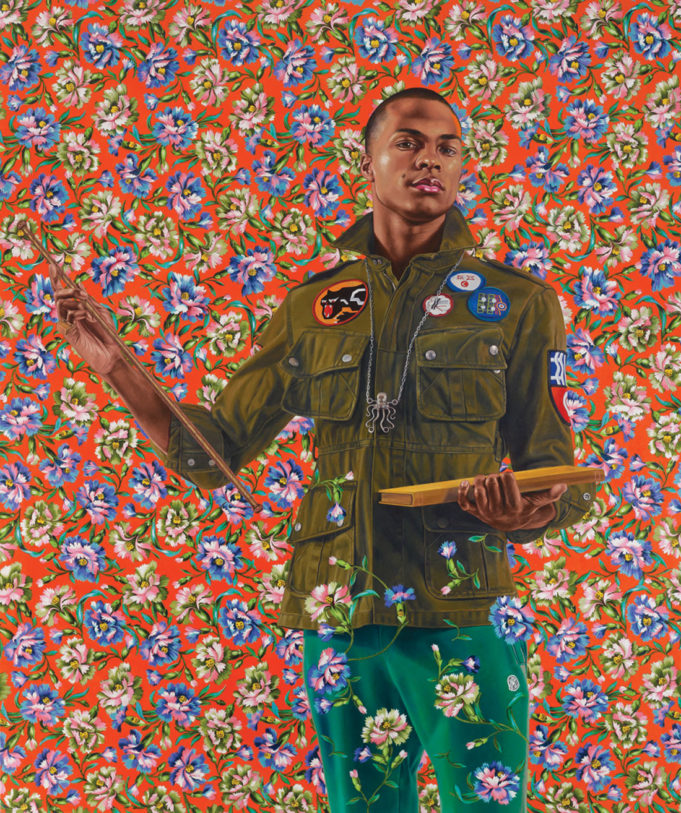 It’s not often that an artist gets a boost from a TV show, but millions of viewers of Empire have seen Kehinde Wiley’s paintings hanging in the mansion belonging to the show’s wealthy rap mogul. The 38-year-old Los Angeles native showed some work at the Modern Art Museum of Fort Worth seven years ago, but now the museum is opening a blockbuster exhibit this week, Kehinde Wiley: A New Republic.

The artist is best known for his realistic paintings of African-Americans (mostly but not all men). Though dressed in contemporary fashions, however, the subjects strike poses often copied from European Old Master paintings and are backdropped by brightly colored, abstractly decorative backgrounds that recall either Islamic art or African fabrics. These influences lend stature to his works, which raise provocative questions about the racial and gender biases of Western art, as well as stumping for the value and dignity of black people who wear hoodies and hip-hop gear. (His “Virgin Martyr St. Cecila,” inspired by a Stefano Maderno sculpture, is a chilling commentary on violence against African-Americans.) The show also features Wiley’s early works, as well as his more recent forays into sculpture. In the age of Black Lives Matter, this artist and his exhibit are very much of the moment.