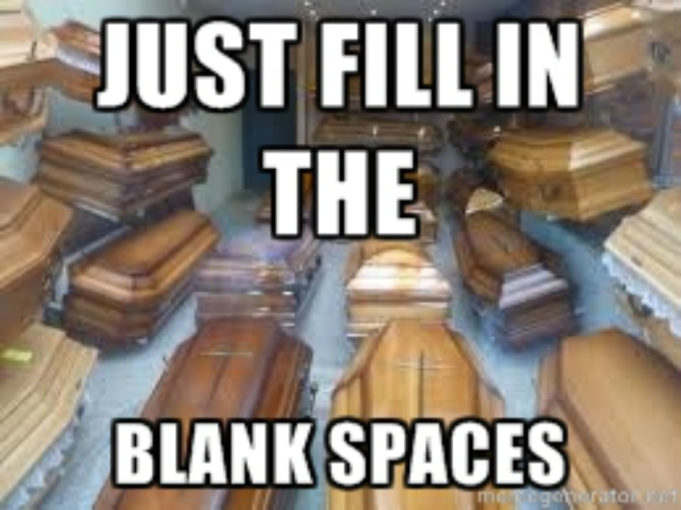 The peace and tranquility of ___(American city)___ was forever shattered yesterday when (gunman’s full name) walked into a ___(public place)___ and opened fire, killing ___(number)___ people and injuring ___(number)___ more. Neighbors described the gunman as angry and withdrawn. Police estimate that the ___(age)___-year-old was able to fire ___(number)___ rounds during his rampage.

In Washington, a visibly upset President Obama expressed anger and frustration over the continued mass shootings and renewed calls for gun-control legislation. “I’m so tired of this shit!” said the president in a rare display of emotion. “I’ve delivered so many eulogies, I don’t have anything new to say!” No action is expected from Congress.

As he offered a prayer for the victims’ families, National Rifle Association president Wayne LaPierre rejected the calls for new laws, accusing Obama of politicizing the issue and calling the proposed legislation ineffective. “This terrible tragedy is just an isolated incident,” he said. The crime marks the ___(ordinal number)___ mass shooting in America this year.

Meanwhile, gun stores nationwide reported a spike in firearms sales. “The left has been praying for something like this to happen so they have an excuse to take away our guns,” said ___(gun nut’s name)___ as he walked out of a store with a newly purchased AR-15 and 500 rounds of ammunition. “I’d like to see them try to take mine.”

Funerals for the victims will be held Sunday.