This edition of Off Asides will be short because Saturday’s bottle of tequila was tall. My buddy, Blue, dropped by after a visit to Mexico bearing a gift that we proceeded to consume over the course of the evening. Now it’s Sunday night and I can’t stay awake for the Cowboys game.  Kickoff is seconds away, and I feel about as creative as a … a … tired person with a sports column to write … to write … write … .

I hear a knock at the door. It’s my neighbor, Miss Gull. She accuses my research assistant, Hazel, of biting her leg. She wants Hazel destroyed.

OFF ASIDES:  Destroyed? Hazel? Oh, you can’t! You mustn’t! You won’t let her, will you Auntie Em?

MISS GULL: Who the hell is Auntie Em?

The house begins spinning, swept up in a cyclone. Outside the window my editor rides by on his bicycle, shaking his fist and yelling something about participial phrases. The house lands with a thud. Hazel and I step into the strangest, most colorful place ever — the Superdome in New Orleans.

OA: I have a feeling we’re not in Cowtown anymore! We must be over the rainbow!

HAZEL: What’s with all the exclamation points?

TONY ROMO: Are you a good witch, or a bad witch?

OA: Me? I’m not a witch at all, although I could die for some eye-of-newt nachos right about now.

HAZEL: Who are all these little munchkins?

OA: Aren’t they supposed to be the biggest and baddest in all of football?

TONY: Tell that to my clavicle. By the way, your house landed on the Wicked Witch of the NFC East.

The munchkins break into song, and Hazel and I follow a yellow path down the sidelines.  The Cowboys are playing better than expected considering they’re using a backup quarterback in a noisy Superdome. Hazel notices a player standing alone, looking sad.

ROLANDO MCCLAIN:  I haven’t got a brain. My head is filled with straw … laced with illicit substances.

OA: Well, what would you do with a brain if you had one?

ROLANDO: Do? With a brain? Why I could …

I could while away the hours, using all my powers

To help us win a game

Instead of all this tension with another drug suspension

If I only had a brain 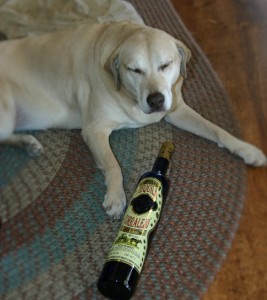 HAZEL: Look, there’s a player made of tin, and he’s rusted solid.

OA: Looks like he was just about to punch someone when he froze tight. We better oil him.

GREG HARDY: Oh! Thank you. I’ve held that punch for ages. I feel so free!

OA: My goodness! How did you ever get that way?

GREG: I was just about to punch a nun when suddenly it began to rain. I’ve been suspended like that for four games.

OA: Well, you’ll be back on the field next week, so everything is wonderful, right?

GREG: Not hardly. Bang on my chest. You’ll hear an echo. I have no heart.

OA: Good! Our defense needs a heartless psycho. Carry on.

Hazel and I continue our stroll down the sidelines, nodding hello to players. But the defense is struggling on the field. Joseph Randle lifts Hazel’s bottle of tequila when she isn’t looking. Cole Beasley tells me to eat a dick. Tension is thick. Then a friendly face approaches.

JERRY JONES: Howdeeeeee! Welcome to the sidelines. I come down here to mingle with the players. They pretend to like me because I own them. Yeeehaw!

OA: Did you hear about Daniel Snyder?

JERRY: Yessir, that’s sad. Danny might have been slicker than a snake in a bucket of snot, and kind of a weasel to boot, and that whole refusing to rename the Redskins despite pressure from Native Americans, and the team’s awful losing record since he took over in 1999, but I’ll tell you one damn thing … what was I talking about? Yeeehawww!!! 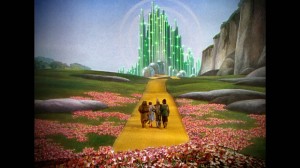 HAZEL: Aren’t we supposed to come across a player lacking courage?

JERRY: No way. My guys are all warriors taking it to the Super Bowl, baybee!

HAZEL: What about Lions, Tigers, and Bears? Oh my!