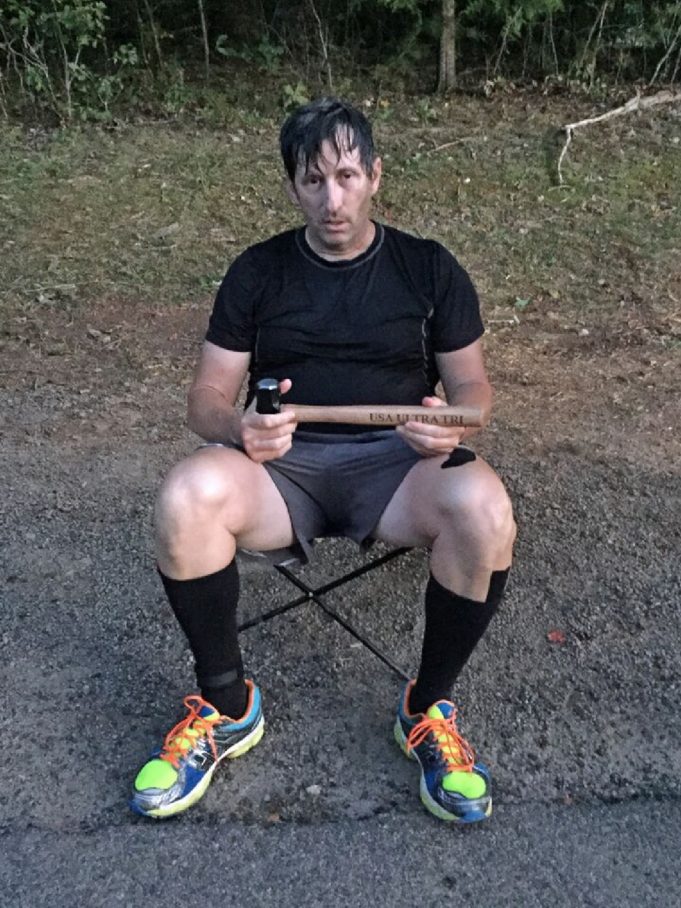 Can one consider a person who describes himself as “just your middle of the pack in every sport” an “elite athlete?”

How about if he’s 49 years old and stocky enough to earn a nickname like “Ironox?”

How about if he completes a feat that even the pro athletes in his sport don’t try, one that most of us can’t even fathom attempting?

“I always cycled, but I was never a star athlete,” declared Burleson’s William Pruett. Earlier this month, though, he accomplished an athletic task only a handful of people in the world will even attempt. Pruett finished a triple iron distance triathlon. 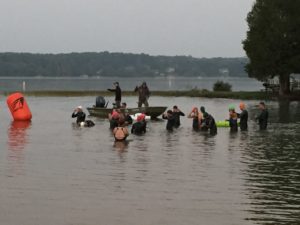 Pruett first swam 7.2 miles in a chilly lake, then rode his bicycle for 336 miles (roughly the distance from Burleson to Odessa, Texas). 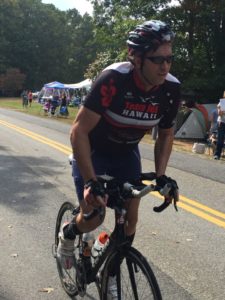 “You can’t ride too fast because you know you’re going to have to run three marathons,” he says matter-of-factly.

The finishing run covers 78.6 miles. For his or her time to officially count, a competitor has to complete all three events in 60 hours or less. Pruett finished in 59:51:52.

Ironox’s successful result came in his second attempt at the triple. In 2014, at the same course in Lake Anna State Park near Spotsylvania, Virginia, he sustained a severe ankle sprain at mile six of the run. He pressed on for 25 more miles before succumbing to the injury.

Ultra triathletes expect to encounter pain during the event, especially as the hours mount and take their toll on even well-conditioned bodies.

“On the bike you have saddles sores, achy knees, and achy feet from riding so long,” noted Pruett. “Some people have upper extremities issues because you’ve been gripping the handlebars for such a long period of time.”

In 2015, Pruett’s main injury troubles again came during the running portion. They threatened to derail his effort, 40+ hours in.

“My feet started to blister after the first marathon. I think I was around mile 30 or so when they started getting bad.”

There wasn’t much the race doctor could do for him, so Pruett’s crew wrapped his painful soles in tape, moleskin, and everything else they had to try to keep him on his feet (next time, he vows to bring even more blister-prevention supplies). Long distance racers need a crew to help them make it through their two-and-a-half day ordeal. Pruett’s seasoned support staff included his wife, Donna, a veteran of Pruett’s regular endurance race forays, and experienced triathletes Nancy Henley and Sara Parker Underwood. They made sure Pruett ingested enough performance gels and protein-rich foods to supply the caloric intake the team had predetermined he needed to maintain his energy levels. They also monitored the roughly three total hours of sleep he would get during the race and kept him hydrated. 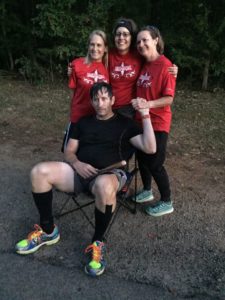 With only ten miles to go, the crew had to help William find more assistance.

“My back locked up on the run because my lower back was so fatigued,” explained Pruett. 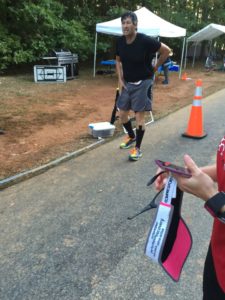 A massage therapist loosened it a little bit, but Pruett didn’t have time for extensive treatment.

“While she was working on my back, the clock was still ticking. I had to cross the timing mat by 6:40 Saturday evening. So we had to really push it.”

Push it he did, as best he could from a hunched position.

“It was still pretty much locked, so I had to bend over at a thirty degree angle to walk/run. The last six miles became very crucial that I couldn’t stop for anything.

Once started, the race clock doesn’t stop for rain, bathroom breaks, or a note from one’s doctor. Pruett trudged, as he put it, to the finish just in time. He actually thought he was under more time pressure than he was.

“My crew didn’t tell that I had banked an extra nine minutes that I’d didn’t realize I had,” he explained.

After he got done, the Ironox got to use a hammer to pound three times on the anvil that symbolizes the competition known as the Triple ANVIL. He then spent most of the rest of the evening eating and sleeping.

Once he returned to Texas, his recovery continued.

“Besides consuming tons of calories, I did cryo therapy, massage, and elevating the feet. Catching up on the sleep was the most difficult.”

“It didn’t dawn on me until two days later that I finished. You’re just trying to recover for two days and then it dawns on you that I just accomplished a goal through this fifty nine hours of exercise.” 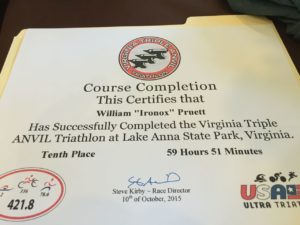 “They don’t discourage it because they know you’re going to do it anyway,” Pruett said.

Some readers may agree with the physicians. So why does Pruett, who has completed multiple iron distance (2.4-mile swim, 112-mile bicycle ride and 26.2-mile run) triathlons and a double ANVIL, put his body through the rigors his sport demands? For William Pruett, it is, believe it or not, fun.

“The fun part is the journey, the training,” he said. “You have this set goal and it is a mark that is a little beyond your limitation. A goal within your limitation, what fun is that?

Accomplishing the goal in an environment in which he competes against other contestants and a clock makes the goal even sexier for him.

“My motivation is that you have this certified course with chip timing and you’re monitored with swim, bike, and run. You’re testing yourself against a true measure. Instead of just going out on your own and saying I did this one day, you’re actually measured by these outside forces and referees. If you’re not under 60 hours, you’re not an official finisher. That’s the motivation.”

When Pruett isn’t training, racing, or working at Fort Worth Cycling & Fitness or helping manage a local medical practice, he trains other aspiring racers through his company, CorioVelo. He hopes his experiences completing a triple contribute to making him an elite coach.

“By experiencing this event as an athlete, now I can relate to other athletes when they do iron distance or ultra because I know the same exact feelings they’re going through,” he said.

To deal with the inevitable feelings of anguish, Pruett considers mental training vital.

“Once the mental goes, the physical goes. If you can keep on top of the mental, it helps your physical,” he explained. “For dealing with the pain, I had to do a lot of mental training. I read a lot of positive motivation books. Learning to control the mind in the downtime by changing your thought pattern. Instead of negative thoughts, changing thought patterns to positive thoughts during the event – reading, praying, just any mental activity.”

The physical part is more than swimming, riding, and running a lot, too. 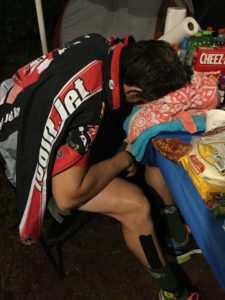 “I trained for sleep deprivation by practicing ten to twelve-minute naps,” he said about one of the crucial aspects of surviving ultra distance races. “Research shows that anything over fifteen minutes, you start to get into REM (rapid eye movement sleep). You don’t want an athlete to get into REM during an event because it becomes harder to wake up.”

Pruett has coached a pair of double iron distance finishers, and numerous other committed amateur athletes. His customers tend to be folks a lot like him. 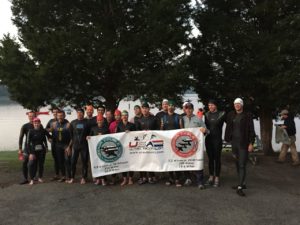 “Anybody can do triathlon,” he said. “You don’t have to be the skinny jackrabbit.”

If Pruett counts himself closer to the tortoise than the hare, his steady approach seems to be working. He’s already on track for another single iron distance race in November and might try the Quintuple ANVIL next year.

“If you never get out and test yourself, you never know your limit,” he said.

When it comes to testing limits, William Pruett is truly elite.

Disclosure : Pruett’s company, CorioVelo, paid me to produce a promotional video earlier this year. He also gave me a hat and a hoodie, both of which I have worn in public and thought they looked pretty stylin’.