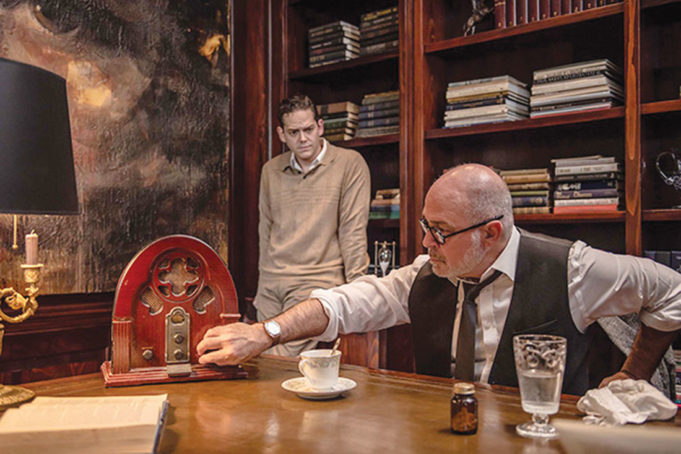 Wed 28 – Fort Worth’s most eclectic venue, The Live Oak Music Hall & Lounge, just added author appearances to the sort of events that it hosts. Today, Sanderia Faye visits to read from her debut novel Mourner’s Bench, about an 8-year-old African-American girl in Arkansas who has a front-row seat to the 1960s civil rights movement. The reading is at 7pm at 1311 Lipscomb St, FW. Admission is free. Call 817-926-0968.

Thur 29 – Famous for playing Walter White Jr. on Breaking Bad, RJ Mitte is now making a career as an actor despite having been born with cerebral palsy. (In real life, his condition is much milder than the one his character suffered from on the TV show.) This model and advocate who spent part of his childhood in Texas will discuss his work at 8pm at UNT’s Murchison Performing Arts Center, 2100 I-35E, Denton. Tickets are $5-10. Call 940-565-3510.

Fri 30 – For our money, Mel Brooks’ greatest comedy ever was Young Frankenstein, his loving 1974 sendup of classic horror films. This black-and-white spoof features such classic bits as Gene Wilder’s doctor getting stuck in a revolving bookcase and the doctor duetting with the monster on “Puttin’ on the Ritz.” The movie screens at 7pm at Palace Arts Theater, 300 S Main St, Grapevine. Tickets are $6. Call 817-410-3100.

Sat 31 – There’s no shortage of Día de los Muertos celebrations going on this weekend, but as usual, it’s Rose Marine Theater that appears to be throwing the best party. This year’s festivities include a 5K and a half-mile “skeleton dash,” as well as a drum and puppet parade and delicious food. The festivities start at 5pm at 1440 N Main St, FW. Admission is free. Call 817-624-8333.

Mon 2 – Lyle Lovett is a frequent visitor to Fort Worth, but this evening he’s bringing along John Hiatt. These two musical giants who made their name with an eclectic mix of blues, rock, and country music have been prolific without sounding stale. They’ll play an acoustic set mixed with a liberal dash of storytelling. The concert starts at 7:30pm at Bass Performance Hall, 555 Commerce St, FW. Tickets are $66-132. Call 817-212-4280.

Tue 3 – Art lovers will find something of interest in an unlikely place today. Artisan Children’s Theater is opening Pinkie and Blue, a play about the subjects of Thomas Gainsborough’s “The Blue Boy” and Thomas Lawrence’s “Pinkie” coming to life in the hall of the Huntington Library in San Marino, Calif., which is where the paintings do indeed hang. The play runs Oct 30-Nov 14 at Belaire Theater, 444 E Pipeline Rd, Hurst. Tickets are $5-10. Call 817-284-1200.