Does anybody out there ever have this feeling? You’re doing something ordinary like driving a car, watching TV, listening to the radio, mowing the yard, whatever. All of a sudden you’re struck with a feeling that everything is right and perfect — the weather, the brightness of the sun, the color of the grass, the air you’re breathing. A sense of total peace washes over you. It’s similar to nostalgia, and yet it’s a moment that’s completely present. A warm,  beautiful feeling that makes you glad to be alive. Is there a name or reason for these mysterious spells of complete contentment?

Luckily, Mr. Google can be depended on for answers. I type — “what is this feeling that strikes and everything seems right and perfect for a moment?”  — into my search engine and hit enter.

The question brings up more than 4.8 million results. The first is entitled, “What does depression feel like? Wing of madness.”

What the … ? My question is, why am I so dang happy? And the answer is, because I’m depressed, mad, drug addled, and in hell? Is it just me or is Mr. Google going darker these days? Being hassled with everyone’s problems can make a skeptic of anyone, I suppose.

Anyway, if you know that feeling I’m talking about, drop a line in the comments section below. It probably has something to do with reincarnation or indigestion, but I don’t have time to figure it out because the Dallas Cowboys are about to play the Seattle Seahawks, and the season is in the balance. Lose this game, drop to 2-5. Overcoming that kind of deficit would be like climbing Mt. Everest in roller skates.

My stomach is knotted with nerves, but Hazel the research assistant and I still manage to wolf down half a dozen tamales. After a long summer break, Amy at Amy’s Restaurant is making her seasonal tamales again. Hazel swears by them (when she’s not licking her own butt). I’ve been gorging on Amy’s tamales almost exclusively for three days now. They say you are what you eat, which makes me equal parts cornmeal, pork, and lard. I better update my eHarmony profile. 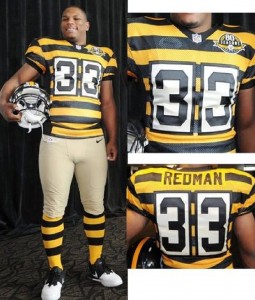 I turn on the TV to watch the Cowboys and catch the tail end of the Pittsburgh Steelers game. They’re wearing throwback jerseys. Back in the NFL’s early years, Dolly Parton’s mother made all the league’s team jerseys using scraps of material, like she did with Dolly’s coat of many colors. In 1934, Mrs. Parton outfitted the Steelers using nothing but old prison uniforms from the Bumblebee Correctional Center.

The Cowboys kick off to start the game. In honor of Halloween, the entire Cowboys defense arrives as ghosts. They’re invisible as the Seahawks march down the field. But the drive stalls in the red zone and the Seahags settle for a field goal.

Now we get to see the Second Coming of Matt Cassel at quarterback. Last week’s First Coming ended the same way as its Biblical analogy — lots of blood and suffering.

At first I thought Cassel was pronounced Ca- Sell, like gazelle. But it’s pronounced Cass-ul, like castle. Based on Cassel’s mobility in the pocket, he’s more castle than gazelle. But as long as new starting running back Darren McFadden keeps channeling Emmett Smith, Cassel could be a quadriplegic and we’d still rack up yardage.

Speaking of Halloween, the Bumblebee Prison Post-Dispatch reports that O.J. Simpson dressed as Sherlock Holmes for the inmates’ annual trick or treat celebration. “I’m still searching for my wife’s killer,” he told the warden. But instead of carrying a big magnifying glass, Simpson carried a hand mirror.  The guys in Cell Block D got a big kick out of that.

[Editor’s Note:  An O.J. Simpson joke in 2015? That’s as fresh as your reference to a Dolly Parton song circa 1970. You do know the 19-to-39 age group drives online traffic, don’t you? Hits equal ad revenue.  Please keep modern audiences in mind.]

McFadden moves with the speed of Ariana Grande’s tongue at a donut factory?

If watching Big Bang Theory, Game of Thrones, and old Lost episodes is what it takes to bring you the most insightful and comprehensive Cowboys column this side of Sulphur Springs, then, by golly, that’s what I’ll do. Prepare for more hip and current random thoughts. More Frank Underwood, less Frank Sutton (top photo). More Aziz Ansari, less Ansel Adams. More Sam Smith, less Sam Drucker.

Or does it even matter? The Cowboys offense looks like the walking dead. You know that look that actress Kristen Stewart keeps on her face in every scene – mouth slightly agape, blank stare, stupefied? That’s the face of Cowboys fans everywhere.

Only a field goal kicker’s mother could love this game.

In the past few years, a Cowboys game guaranteed a three-hour thrill ride. Those 8-8 seasons featured some of the most exciting games since Katniss Everdeen killed all those hungry teenage vampires.

I never faulted the Cowboys, win or lose, because they were just so entertaining to watch.

Now we have a quarterback who can’t throw, run, or even pronounce his own last name with certainty.

We have games like this snoozer — four field goals, no touchdowns, and no inspiration for hacks pretending to be sports bloggers.

It makes me want to create a snarky meme.  Something like, America’s Team: The Bad News Bears’ bitches!

But I wouldn’t do that because I love the Cowboys. If they can beat the Philadelphia Eagles next Sunday, they remain in the race. The NFC East is the worst in the NFL, leaving room for a turnaround once Romo heals up.

And this game hasn’t been all bad. It was nice seeing Darren Woodson enshrined in the ring of honor. I loved the former safety’s grind. Woodson worked harder than Miley Cyrus’s tongue at a Nylon selfie shoot. 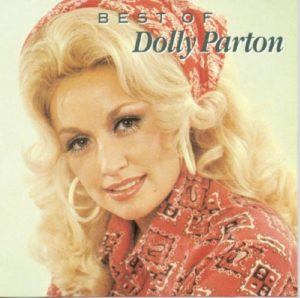 Dolly signed my hand when I was 12 years old outside of Arlington Stadium. She was drop-dead gorgeous even though she’d just climbed off her tour bus, wasn’t wearing makeup, and wore a scarf on her head.

She looked like she did on the album cover to the left.

If there’s no room for her in a Cowboys column, then what the hell has happened to the NFL?