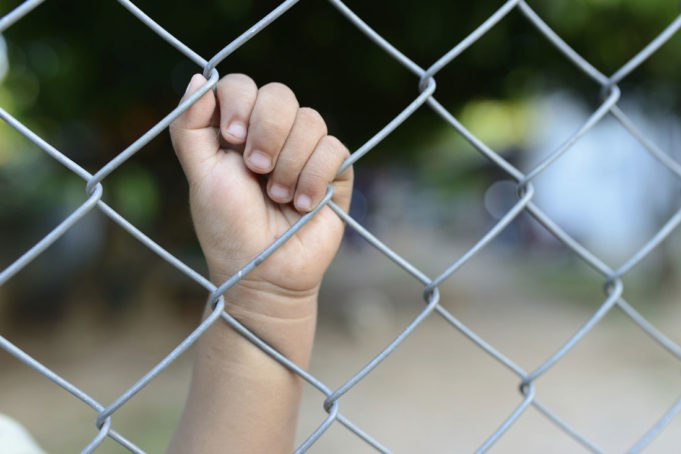 There is growing demand for police departments across the country to outfit officers and patrol cars with cameras. Much of this demand is due to police killing suspects and then claiming self-defense without providing proof. But cameras don’t take sides. They capture footage. In many cases, the footage proves the innocence of police. Take the case of University of North Texas dean of journalism Dorothy Bland. On Oct. 24, she was walking for exercise in her Corinth neighborhood –– nothing extraordinary, except she was walking in the street and flapping her arms up and down. She also wore headphones. She didn’t seem to hear a motorist who came up behind her in the road nor a police car that pulled up behind her not long afterward. After she noticed the police car, she removed her headphones, spoke with police, and determined she was being harassed because she’s an African-American.

She penned a column for The Dallas Morning News a few days later saying she was stopped for “walking while black.” She worried that facing armed officers might lead to “my life’s story playing out like Trayvon Martin’s death.” She asked the cops why they were stopping her, but said she didn’t recall them giving her a decent answer. She pointed out that she wore a hoodie but said she got it after completing a program at the Harvard University Institute for Management and Leadership in Education. The music coming through her headphones was Christian. She told the officers she’d delayed her walk that day because of rain and was dismayed when a cop replied that his dog doesn’t like walking in the rain, either. Was he comparing her to a dog?

Bland pulled out her iPhone and took photos of the cops, their patrol car, and its license plate. As Bland would write later, she was thinking about all the people who have died in police custody and took the photos for safety’s sake. The dean wrote that she refuses to “let this incident ruin my life.”

Sounds like a classic example of profiling and police harassment.

Corinth police Chief Debra Walthall read the column, talked to the officers, and viewed the dashcam video with audio. The video contradicted Bland’s premise. The officers are shown explaining why they stopped her (she was walking in the middle of a street and impeding traffic). They suggested she walk on side of the street for safety reasons. Bland remained courteous during the stop but quickly decided she was being profiled. Walthall told the Morning News that Bland never contacted the police to complain about the encounter nor had she returned the chief’s phone calls.

Both sides are entitled to their opinions. And so are you –– see the video on our website.

Static’s opinion on it? Well, there’s fact and there’s fiction, and you’d think the head of a journalism department would know the difference.

Hundreds of women at the T. Don Hutto Detention Center in Taylor, Tex., have entered the second week of a hunger strike over the length of time they are being detained before their amnesty cases are being heard.  It’s not the first time Hutto has caught Static’s attention. In fact, Static is about up to here with the prison. The joint, run by private prison profiteers Corrections Corporation of America, was a medium level men’s prison until 2006, when it was revamped and utilized as a family detention center, housing women and their children who had applied for political asylum.

Officials from the new-look center required little children to dress in prison uniforms and kept them locked in cells for 12 hours at night, while the incarcerated mothers waited for their cases to be heard. A lawsuit pertaining to the detention center’s conditions led to it being closed in 2009. But it soon reopened as a women’s detention center. It currently houses 500 immigrant women, the vast majority of whom have already passed the “credible-fear” interview with federal asylum officers. The officers determine whether women face sufficient fear of persecution upon returning them to their home country. Most women who pass that interview are freed without supervision until a court date to hear their amnesty case comes up. But some wind up in T. Don Hutto.

“Some of the women are sent there because they were given a bond they could not pay,” said a woman monitoring the current situation at Hutto. She asked not to be named because her ability to visit the women inmates will be revoked if she speaks to the press. “Other women were not offered bond. In either case, these are women who are being kept in prison circumstances when they are non-criminal amnesty seekers.”

Waiting time for an amnesty case to be heard is — according to federal immigration officials — generally a matter of a month or so. But many of the women detained at Hutto have been there from six months to a year or more. The initial group of hunger strikers involving 27 women has grown.

“It might well be in the hundreds now,” the source said. “These are not criminals and yet they are being held for several months. Many don’t have attorneys to help them with their legal cases and that keeps them in longer.”