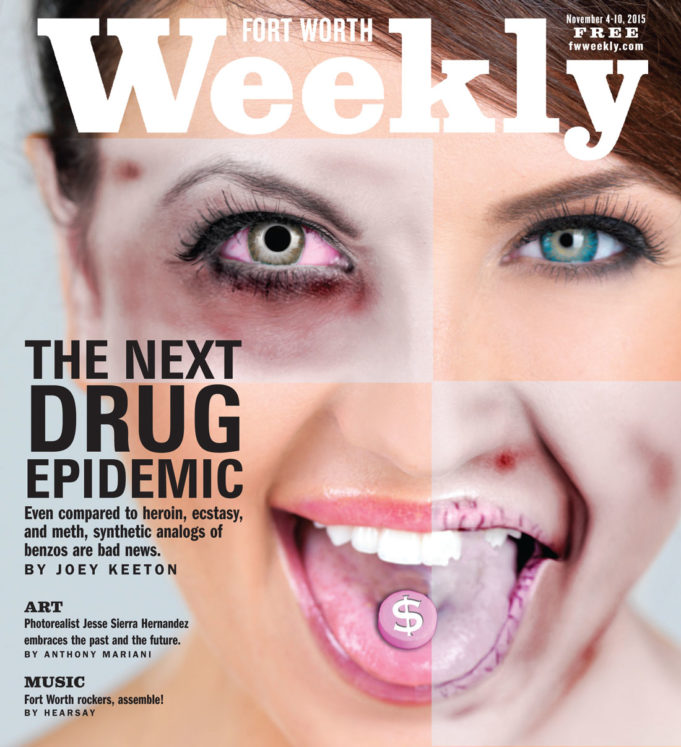 When addiction is discussed, benzodiazepines are rarely mentioned. When they are, it’s for their use by a stimulant-driven addict who is anticipating 70 sleepless hours to hit him hard and soon and who wishes to knock himself out cold before that awful reality hits. Most drug experts have a hard time wrapping their heads around using benzos by themselves, though, but why wouldn’t these folks? To most people who work in rehabilitation facilities, they’re familiar with benzodiazepines as the pills cursed at by alcoholics who are still detoxing.

The rarity of benzo-only addicts makes sense: Prescription benzodiazepine pills aren’t the easiest thing to find on the black market and especially under the proper conditions for a physical dependence to occur: abundance and affordability.

When dependence does occur, it’s likely from a prescription, written by a doctor who sees no problem with that — just as long as enough medication is on hand at all times. At some point, the doctor helps by very slowly weaning the patient off the medication.

To ensure a smooth transition from being benzo-dependent to med-free, your doctor should be seen at least 30 times. Impatience to “just get it over with” will only make things harder. Figure out how long it’s been since your doctor wrote your first prescription for a benzodiazepine and then double it. This dedication to your health will make your doctor happy, and you don’t want him or her mad. They can always cut your prescription off entirely, if they don’t think you’re taking things seriously.

Besides, any shortcuts will result in fewer visits to your doctor, which means fewer opportunities to admit that you’ve made a big mistake: Thanksgiving is soon, and you’d been a damn fool to think that you’d be able to maintain a strict weaning regimen until at least June? Yes: Deal with things, for sure, in June.

And that’s the nature of benzodiazepine dependence: It’s either developed alongside an addiction to stimulants, or it’s prescribed for one of thousands of FDA-approved ailments.

But what if a few things changed about benzos? What if large amounts of the drugs could be obtained A.) with no prescription, B.) legally, and C.) for dirt cheap? Would they continue to be mere tools for upper fiends, or would they be considered a more common foe, all by themselves, for doctors, police officers, and family members?

Benzodiazepines are a class of prescription drugs that began with Valium’s release in 1963, and they remain the most popular for treating various anxiety and sleep disorders. Aside from Valium, there’s also Xanax, Klonopin, Ativan, Restoril, and other familiar-sounding medications that are, generally, good for a bit of chaos when they’re not treated like medicine. Respectfully. Teens most often obtain benzos from their parents’ medicine cabinets. The old timers aren’t aware, on the whole, that these pills can be used recreationally –– at least until the parents go to take a pill and discover their bottles are empty.

But the days of swiping from parents are about to end –– and may never come back. Now, anybody can legally buy benzodiazepines for dirt cheap and without a script on the internet. Not the dark web that you may have heard about. Just good ol’ fashioned Google on Firefox.

The website owners aren’t selling the kinds of drugs found in pharmacies, because that would require a permit and jumping through millions of bureaucratic hoops. No, what you’ll find on the web are analogs of benzos. An analog has a slightly different chemical structure than a pharmacy-quality drug but produces the same effects. Some analogs are already pretty common. Adderall, for instance, is an analog of amphetamine.

Analogs of prescription benzos are completely off the grid legally. The Federal Analogue Act of 1986 applies only to analogs of Schedule 1 and 2 drugs. That’s heroin, LSD, cocaine, and marijuana, among others. As a Schedule 4 drug, benzodiazepine can be manufactured, possessed, used, sold, and resold without any legal consequences.

This was –– and still is –– very strange. Picture someone swallowing a bunch of downers in front of a cop while saying, “I’m gonna get fuuucked uuup” without any chance of being cuffed. These are new, strange days indeed.

Some people say Xanax is “the new heroin.” Many more people, especially the ones on message boards for “research chemicals” (don’t dare call them “designer drugs”), are worried about analog benzos. While some of these folks are worried that the analogs will produce a generation of zombies, many more commenters fear the popularity of analogs will lead to a ban on them.