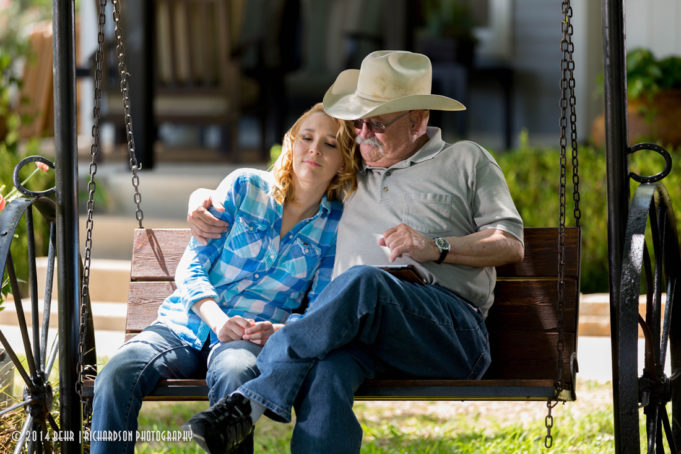 I saw Windsor last Sunday during the just-concluded Lone Star Film Festival. Given how much coverage this publication has expended on Fort Worth’s Porter Farrell and his film, it would have been strange for me to be anywhere else. The former newspaper columnist and investment banker made his filmmaking debut with this dramedy shot in Gainesville (which won best narrative feature at Atlantic City’s Garden State Film Festival) and was happy to give his hometown an advance look at it. I would have been happy to say it’s great, but my critic’s honesty compels me to point out some serious issues with his first effort.

Madelyn Deutch stars as Maisie, a girl growing up in a small Texas town without her widowed father (Joe Stevens), who’s in prison for assaulting the banker who was evicting him from the family farm. You’d think a girl would have some issues arising from that, but she seems strangely free of them as she spends her senior year of high-school hanging out with her friends as they all ponder their futures.

This movie is all over the place. A slow pace is appropriate for the movie’s sleepy rural setting, but “slow” does not have to mean “inefficient.” Scenes take forever to make their point because the director doesn’t tell his actors to get on with it. The prologue sequence is clumsy in the extreme. Supporting characters like Maisie’s uncommunicative little brother (Brant Pittman) disappear from the movie for such long stretches that you forget that they’re there. The device of having each of the kids interviewed separately by the local newspaper stops the story dead and fails even to differentiate the boys from one another.

Having said all that, there are things that work here. The scenes with the kids spending evenings drinking on the town’s deserted main street are where Farrell’s leisurely rhythm works in his favor. The same goes for the scenes with a cancer-ridden farmer (Fort Worth’s Barry Corbin, fitting the role like a well-worn leather glove) and his elderly friends trying to make sense of the modern world and the ins and outs of medical marijuana. Cinematographer Josh Pickering never photographs the golden Texas sunshine less than attractively, and main actresses Deutch (the real-life daughter of Lea Thompson) and Quinn Shephard are lively screen presences who capture the vibe of best friends pretty well. Farrell has assembled a fairly talented young cast here. It seems he could use a collaborator to help him focus his creative vision.