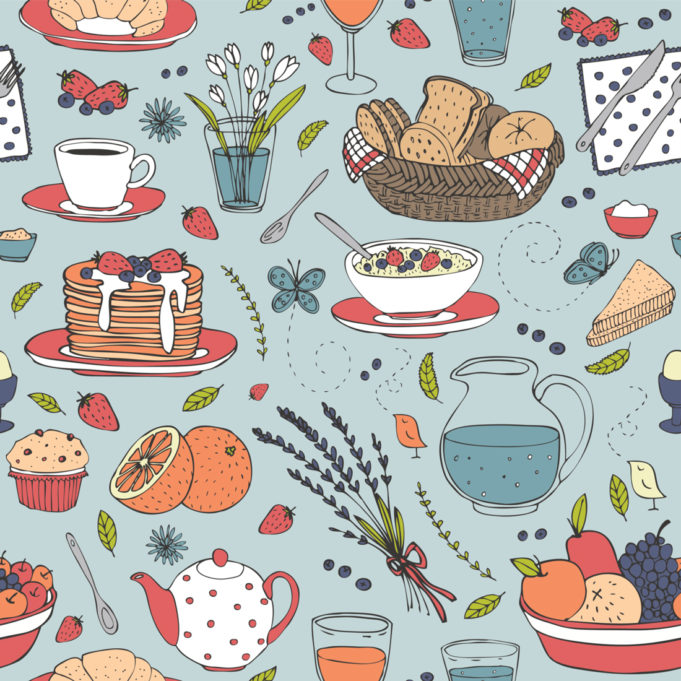 I must be really spoiled. Or maybe worrying about the brunch menus of two places that just replaced their chefs is the way I cope with the chaos and misery of life. My therapist may call that displacement, but someone’s got to think about this delicious stuff.

You could set your watch by Dena Peterson’s brilliance at Café Modern (the Modern Museum of Fort Worth, 3200 Darnell St., 817-840-2157). Everything the chef and her staff put on a plate was reliably, predictably well-conceived and perfectly executed. The seasonally rotating menu was so good it was almost boring –– like the New York Yankees of brunch. But Peterson recently stepped down from her position and passed the spatula to Chef Denise Shavandy, creating a mild disturbance in the foodie force.

I first encountered Shavandy’s work at The Pegasus back in the mid-aughts. The short-lived eatery was set in the doomed location now occupied by Macaluso’s Italian Restaurant (2443 Forest Park Blvd., 817-921-2200), and her haute Mediterranean cuisine that lilted heavily Middle-Eastern was more than a few years ahead of the city’s chicken-fried palate.

Peterson’s strength was always her simplicity –– a willingness to get out of the way of superior ingredients. While Shavandy’s brunch menu holds to the same fresh, local, seasonal concept, her approach is a little more razzle-dazzle, bordering on baroque. She also brought her decidedly Mediterranean flare with her.

The Zaatar-Spiced Panisses ($8.75), pureed chickpeas baked into a solid plank and sliced into something resembling tok fries, were cooked halfway between firmness and fluff. Though the dish was a little dry and could have used salt, the accompanying aioli and spicy ketchup gave the little logs a much-needed spice lift.

Shavandy is at her best when she’s challenging her diners. Such was the case with the Duck Donburi Bowl ($14.50), with beautifully sticky rice, rich duck confit, a pomegranate hoisin sauce, chili peanut oil, and a snow pea-and-Asian pear slaw, whose crossing vectors of spicy and sweet summoned classic Asian nouveau cuisine but with a fat French twist. The crab Benedict ($14.50) was elegantly simple, with spinach, a luxurious smoked pepper-crab Hollandaise sauce, a perfectly poached egg that fractured at the touch of a fork, and a completely superfluous bit of avocado that added neither color nor flavor.

Speaking of challenging, the five-spice flourless chocolate cake ($10) was unlike any version of the dish I’ve ever tasted. Its complex, confetti-gun flavor was piquant, rich, and absurdly decadent.

In local foodie circles, you rarely hear about Winslow’s Wine Café (4101 Camp Bowie Blvd., 817-731-6515) discussed as one of the better brunch places in town. And I’m not sure why. Recently departed Chef Michael Watkins brought an air of modern sophistication to the menu that it really never had before. Before he arrived, the place was a cozy, stylish Westside joint where you could get a decent fancy pizza and a glass of wine from an unspectacular list. Now, it’s a gourmand’s port of call, serving local produce, fresh fish, and creative features –– with a still-unspectacular wine list.

The menu by current chef Eric O’Conner isn’t really stylistically distinguishable from Watkins’, though both the fried chicken & waffles ($15) and Scotch eggs with colcannon cakes ($11) were welcome additions. I wasn’t crazy about the sweet-on-sweet clash created by the chicken’s maple-bourbon glaze, but the bird itself was tender and succulent. The Scotch eggs were a masterpiece of runny eggs wrapped in housemade sausage, marooned on an island of cabbage and potato cakes, and drenched in a buttery, creamy whiskey sauce.

I rarely stay hungry or sober for very long on weekend afternoons, so I suppose obsessing over where my midday debauchery will happen is just a matter of self-preservation. Luckily for me, and my tattered psyche, both brunches appear to be in good hands.