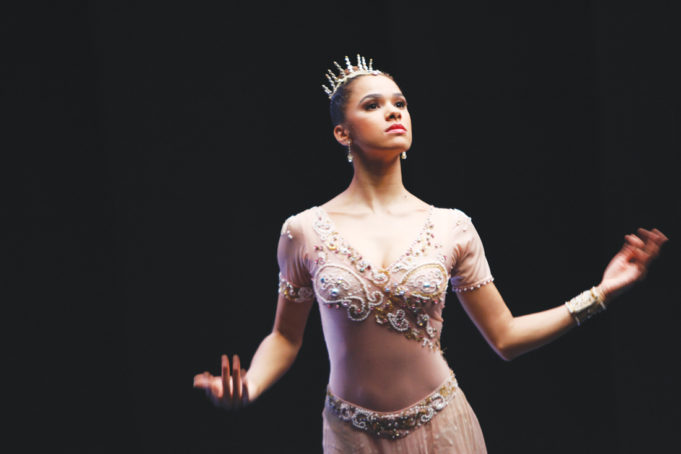 Wed 9 – December means it’s time for the Dorothy Shaw Handbell Choir to come out of hibernation. The Littlest Wiseman is their Nativity pageant (and not a tribute to any child named Wiseman) that can be seen through the weekend. The show runs thru Sun at Scott Theatre, 3505 W Lancaster Av, FW. Admission is free, though tickets are required. Call 817-924-3640.

Thur 10 – John Witherspoon is past 70 years old and still touring. You’ve probably seen him acting in the Friday movies, various TV shows, or on his series of web videos Cooking for Poor People, but he hasn’t stopped touring as a stand-up comic. He stops in Thu-Sun at the Improv Arlington, 309 Curtis Mathes Way, Arlington. Tickets are $15-30. Call 817-635-5555.

Fri 11 – If you’re looking for a Christmas ballet that isn’t The Nutcracker, Ballet Concerto has your number with A Holiday Special that includes Arts Fifth Avenue doing a tap number called “A Cool Yule.” The dance troupes perform this morning for schoolchildren, but the general public can go to the evening performance, which is at 7pm at Will Rogers Auditorium, 3301 W Lancaster Av, FW. Tickets are $8-25. Call 817-738-7915.

Sat 12 – It isn’t only Misty Copeland’s skin color that has made her stand out in the world of ballet. She’s also unusually tall and big-chested in a world that prefers its women petite enough to be lifted and able to make straight lines with her body. Nelson George’s A Ballerina’s Tale tells the story of how Copeland’s skill and personality won her way to the top. The film screens Fri-Sun at the Modern Art Museum of Fort Worth, 3200 Darnell St, FW. Tickets are $7-9. Call 817-738-9215.

Sun 13 – If all the Christmas entertainment doesn’t fit your religion, perhaps Hershel and the Hanukkah Goblins is more your speed. When goblins in a Russian shtetl keep the Jews from celebrating Hanukkah, it’s up to one man to exorcise the synagogue. Klezmer music and puppetry illustrate this adaptation of Eric Kimmel’s children’s book. The show runs Fri thru Dec 20 at Amphibian Stage Productions, 120 S Main St, FW. Tickets are $12-20. Call 817-923-3012.

Mon 14 – We read the plot summary of Boruto: Naruto the Movie and couldn’t make heads or tails of it, but we assume that longtime fans of the anime series will turn out in force to see the 11th chapter of this Japanese saga. The film screens Sun thru today at various movie theaters, see Calendar for locations. Tickets are $16.00. Call 818-761-6100.

Tue 15 – The Texas Tenors usually perform in Branson, but every holiday season they return to their home state to bring back their mix of classical, gospel, bluegrass, and country music. They’ll bring their program to Grapevine’s Palace Theatre this midweek. The concerts are Mon thru Dec 16 at 300 S Main St, Grapevine. Tickets are $30. Call 817-410-3100.