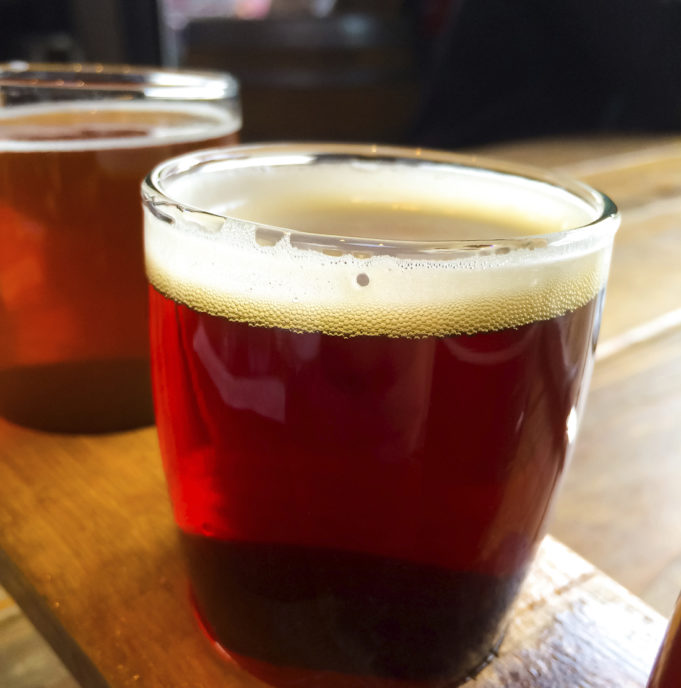 I’ll be honest. David Bowie’s death made it tough to write this column. I initially turned it into a long-winded tribute to the musician with a tangential connection to a bar that no longer exists, framed by a relationship that died years and years ago. I promise, you don’t want to read it. What you might be interested in, however, is my take on Pouring Glory, the latest gastropub to fill the bricks of an old building.

Found just north of Rosedale on Bryan Avenue, Pouring Glory is a kitchen and tap house serving over 50 craft brews and a menu of dishes that presumably pair well with beer. Like the drafts, a lot of the menu’s items rotate in and out. Anecdotally, a common theme with people who’ve gotten a beer and a bite at Pouring Glory involves eating something incredibly delicious only to have it vanish the next time they’ve popped in.

That kind of willingness to experiment with food is refreshing, but if the menu turnover bugs you, you can’t go wrong with the Founders Philly. It seems to enjoy a permanent residency, and it comes au jus, made with Founders Dark Penance Imperial Black IPA. I’d guess the Maple Bacon Burger and Fish and Home Slices (beer battered cod and home slice potatoes) are also regulars on the menu.

As for regulars at Pouring Glory’s bar, I got the vibe that it’s a place where beer geeks can hang out with other beer geeks without the rush and clamor of a place like the Flying Saucer or the Ginger Man. While there, I overheard talk of stuff like upcoming “bottle shares,” and Pouring Glory is also legally equipped to sell beer to-go –– its beer menu lists available drafts in volumes of taster, 16-ounce pint, and 32 and 64-ounce growlers. The tasters run you $2 or $3 depending on the beer.

I’m not into beer enough to own, much less carry around, a growler, but the taster option is fantastic. Ever rolled the dice on a pint of some weird beer and then feel stuck having to finish it? PG’s taster glasses look to be about 4 ounces, so you get to know a new beer enough to decide if you like it or not. Whenever you get a swallow of beer in a shot glass at a bar, I feel like it’s not enough to make an informed decision, but it’s also annoying when somebody uses that meager taste to somehow drink the equivalent of an entire pint of beer. It’s sort of like going to Costco for lunch but only eating samples.

As of now, Pouring Glory boasts 54 beers on tap, and they’re from all over the place. Besides beers from Texas breweries like Karbach, Lakewood, Martin House, and No Label, you’ll find drafts from Ballast Point (San Diego, CA), Boulevard (Kansas City, MO), BridgePort (Portland, OR), plus prominent breweries in Colorado (Oskar Blues, Left Hand, New Belgium, Avery). If you go there to eat, do yourself a favor and at least get a taster of the New Belgium Ben & Jerry’s Salted Caramel Brownie brown ale. It’s incredible.

As for the space itself, its décor is sort of minimalist. There are old gears here and there on the wall, as well as in the place’s logo. The light bulbs hanging from the ceiling are bare under wire cages, and the current offerings, as well as some beer and food pairing suggestions, are on chalkboards. It’s contemporary, to be sure, but it’s obvious that its owners have focused more on the food and beer and making it a fun place to be.

To those aims, Pouring Glory is a success. Its ample selection of carefully curated drafts and a kitchen that seems devoted to getting a menu as close to perfect as possible make it an excellent new place to meet up with a friend or three for a mellow evening, even if all you can think about is how everything becomes the past, from venerated classic rock icons to whatever used to be found inside the Southside’s old buildings.