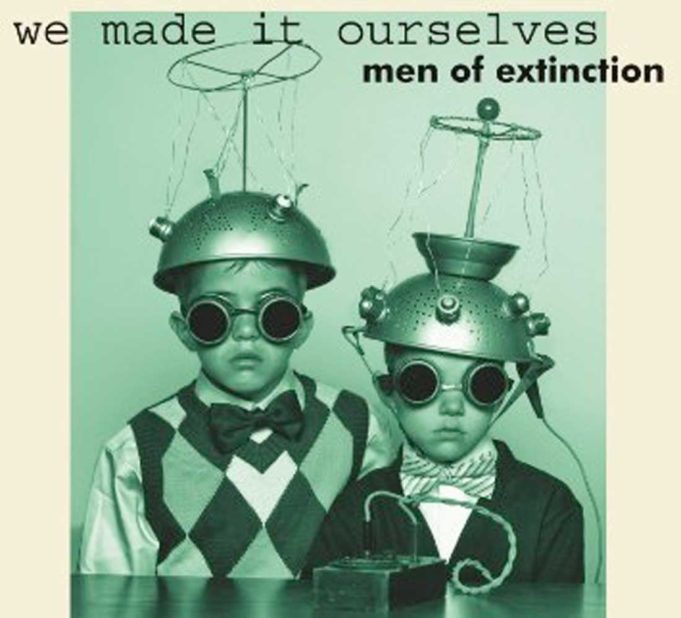 We Made it Ourselves

Jim Colegrove releases a self-produced album every year or two, and the projects tend to sound familiar and unexpected at the same time. He’s a musical jumping bean who records under various names and genres. His band Lost Country creates an Americana sound steeped in rock ’n’ roll, folk, blues, and Western swing. Colegrove’s last effort was the mostly-hit-but-sorta-miss 3 Quarter Dime (2013), a collection of instrumental songs harking back to rock’s early guitar gods, such as Link Wray and Duane Eddy. And now comes We Made it Ourselves under the band name Men of Extinction. This one features a dozen songs co-written and performed by Colegrove and Roscoe West. Side players include many of Fort Worth’s best, like Linda Waring (drums), Ginny Mac (accordion), Brook Wallace (violin), Jeff Dazey and Rene Ozuna (saxophones), David McMillan and Tommy Spurlock (pedal steel), Ruf Rufner (keyboards), and others.

These are players of distinction, but the album’s title is a better fit for Colegrove and West. They’re not exactly extinct, but they’re older guys. The music sounds like it comes from a long-ago era and makes me envision Spike Jones, The Band, and Guy Lombardo smoking weed on a weekday afternoon while watching Hee Haw and old Warner Brothers cartoons.

The song titles say a lot –– “Lap Band Dance,” “Evolution’s Not Fast Enough for Me,” “Bubba Louise,” and “Jane’s Name Is Jane.” Novelty songs overflowing with grandpa humor prevail, alternately prompting giggles and groans. Some silliness goes on too long. “Sorry, I Thought You Were Someone I Knew” and a couple of others would benefit from being shortened by a minute or more.

Superb musicianship steals the show on all of the tunes. Wallace can always be counted on for creative violin work, and she cuts loose here, at times playing licks that sound as if they’re falling off the neck of a Les Paul. The horn section and Mac’s accordion accent the doo-woppy musical levity just right. Colegrove’s guitarwork is tasty as usual, although his mixing and mastering falter occasionally. I had to increase or decrease the volume several times while listening.

Every now and then, I watch old Hee Haw reruns and see the animated piglets dancing across the screen and hear one too many bad cornfield joke and wonder what in the hell people were thinking about when this show was a hit in the 1970s. Other times, the jokes make me laugh, Roy Clark and Charlie McCoy play an amazing instrumental together, and Waylon Jennings or Tammy Wynette will show up for a guest appearance and blow my mind, and I’ll think, “Damn, this is good television.” This album is kinda like that. –– Jeff Prince 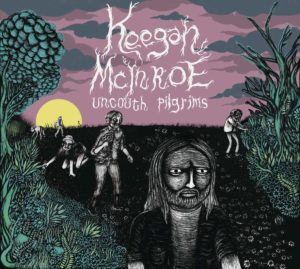 Country-and-western music might anchor this Fort Worth singer-songwriter’s sound, but Keegan McInroe ain’t no outlaw. On the first track on his new album, Uncouth Pilgrims, he says as much. For the music of “Country Music Outlaw,” McInroe borrows liberally from David Allan Coe’s “Long Haired Redneck,” a wonderful braggadocio Outlaw anthem about a singer on the verge of knocking a heckler out of his chair. Most people remember the chorus: “ ’Cause my long hair just can’t cover up my red neck / And I’ve won every fight I’ve ever fought.” McInroe puts a pacifist survivor’s spin on his version: “A violent man was looking for a fight / And though he was likely thinking it’d be my ass he’d be kicking / We sang David Allan Coe songs, and I kept him on my side.” The clever twist signals right away that McInroe does things his own way.

McInroe’s fourth solo studio album is an appealing piece of work despite its shortcomings. Sometimes a five-minute song with repetitive verses works better at three minutes. Sometimes lyrics can be trimmed to allow side musicians to shine a little more, especially on long blues songs that practically scream for explosive guitar leads. And sometimes a lazy, raspy lead vocal could use a bit more ooomph for dramatic effect.

Yet none of these lapses comes close to dooming this project. McInroe’s laidback vocal delivery works fine on most of these songs, particularly “Give Me the Rain.” The slow, intense, ominous build-up of musical emotion perfectly supports McInroe’s near masochistic message of earthly endurance for the sake of art. He’ll take any pain thrown his way if it spawns a song. “Give me a heartache / A scar I can wear.”

Fort Worth Weekly’s online readers might recognize McInroe as our European correspondent. He crosses the Big Pond frequently, touring countries as a one-man minstrel and blogging about those trips on Blotch.

His inventive, longing, thought-provoking lyrics are borne of the road, hitchhiking and winding through faraway places like Barcelona or Vienna. “I seen you walking so many roads / And it hurts me not to ever hold you close / And it ain’t easy living this way / When there’s so many of you and only one of me.”

McInroe recorded Uncouth Pilgrims at Green Audio Productions in Fort Worth with production help from Ben Napier. Having a stable of superb pickers in the studio makes it easy for these musical stories to hit home with listeners. Roger Ray’s pedal steel cries here, Gary Grammer’s harmonica soars there, and Ginny Mac’s accordion, Darrin Kobetich’s mandolin, and Austin Smith’s fiddle conjure up a marriage of down-home country and blues with Old World flavor. Michele Bertoldi’s enchanting artwork makes the album cover really pop. But this is McInroe’s show, and the worldly, philosophical wanderer and songsmith delivers one of his best efforts. –– J.P. 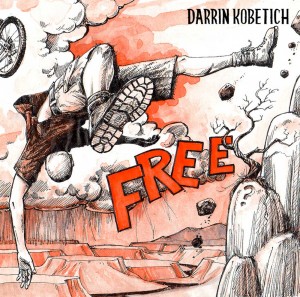 The unusual career of Darrin Kobetich continues apace with his latest album, as the former metal guitarist ventures further down his musical path that has led him through all sorts of genres. Neither he nor we seem to know where it leads, but it yields some beautiful sights along the way.

Free is composed of 12 instrumental acoustic guitar tracks, some of them composed years ago and others written more recently. “Grab Yer Lunch Pail” is a comfy folk-bluegrass tune with enough twangy good cheer to set your mind at ease, but you may well be unprepared for the Spanish-flavored stylings of “As She Builds Her Nest.” The best tracks on this album are the more reflective ones, like “Here and Now,” with Kobetich’s hand beating a percussive rhythm on the guitar, and “Little Dirt Roads,” with its surprising harmonies and wistful high notes.

This is one of Kobetich’s first albums in years where he doesn’t handle the production duties alone –– the album was produced by Bart Rose of Fort Worth Sound –– and the results are intermittently gorgeous. –– Kristian Lin