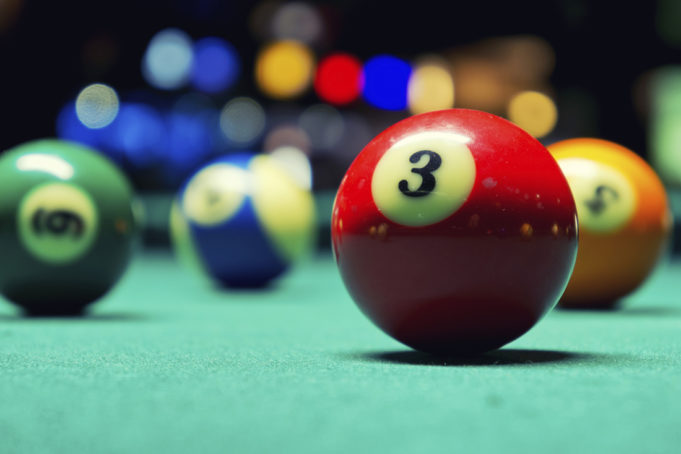 I tend to trot out some recurring themes on an annual basis. I’m not proud of this, but at least I didn’t do another “I Hate Valentine’s Day and Here’s Where to Go if You Actively Hate it, Too” column this year. I won’t make any promises about St. Patrick’s Day, though, because egging that proverbial house is something I look forward to every March. In addition to the regular holiday hatred columns, plus the semi-annual confessionals about getting drunk at Chili’s, another “classic” I tend to trot out is the idea that there aren’t a lot of really inspiring drinking options in the area bounded by I-20, Bryant Irvin, Hulen, and Granbury Road. This is one of those pieces but only because I went to a bar I hadn’t been to before.

To keep from shoveling dirt over the lede, the bar I went to was Rack Daddy’s, a spacious, aging pool emporium on Citylake Boulevard, a somewhat-easy-to-miss drive off Loop 820 that provides access to a Fuddruckers and a Twin Peaks, as well as a Main Event and, um, an Ashley Furniture. If you can’t find it, it’s the place with the big sign out front that says, “Rack Daddy’s” and that looks like it may or may not be in business, due in no small part to surrounding construction and the faded look of the building’s neon signage.

As of last week, Rack Daddy’s is still open. I popped in on Monday afternoon after deciding that eating at Twin Peaks twice in one weekend would be extravagant. I don’t know when Rack Daddy’s was new, but I would guess it is from around George W. Bush’s first administration. Possibly even older. If you’ve been to the furniture department at Macy’s in the Hulen Mall and thought about how it makes you think of a house your family lived in the ’90s, that’s the kind of vibe I got when stepped inside Rack Daddy’s. If you saw a new house in 1995 that came with a den, that’s what went through my head.

The regulars, entirely male and of a pool-shooting disposition, looked as if they’ve been drinking legally since long before Operation Desert Storm. The ones who weren’t stalking the tables guestimating angles filled most of the seats at the bar, where a lone bartender in her 20s refilled drafts and shot glasses. Per Rack Daddy’s Facebook page, drinks are generally cheap. Depending on the day, you’ll find specials like $3 you-call-its, $4 bombs and premium liquors, and “Whiskey Wednesdays,” when Crown and TX are only $4 a pop. I don’t know if Rack Daddy’s $1 Jell-O shots are offered only on Fridays or all the time, but they are made with Everclear, possibly while listening to the Portland alt-rock band Everclear, which is something I might have done in 1999.

I counted 18 billiards tables. On Sunday, they’re free to play with a drink purchase. When you get burned out on the brunch options downtown, on the Near Southside, or in West 7th, grabbing a bite at Twin Peaks and spending the last part of a weekend day-drinking and shooting free pool sounds like a nice change of pace. However, if you think of those other places as “scenes,” turning your nose up at spending an afternoon drinking in Cityview makes me think you’re kind of a tourist.

Who cares, right? If you want to be a regular at a place like Rack Daddy’s, I suggest renting an apartment on River Ranch Boulevard or Overton Ridge. There are worse places to live. And worse places to drink. After all, there’s basically a Chili’s every 10 miles. –– Steve Steward