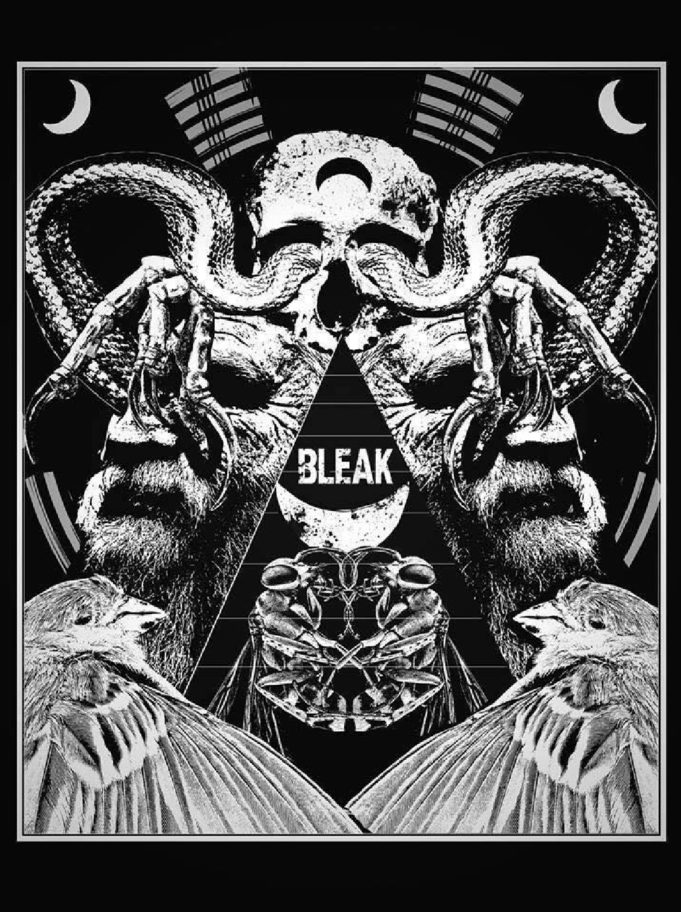 1) I like to think of SXSW as Don’t Get to Go Week – not for me but for a bunch of other people who are either too broke, too adult, or simply too over it to drive down to Austin and get absorbed in the swirling chaos of branding, crowds, and bands hustling this way and that, hearts on their sleeves, with their hopes and dreams desperately on display. If for some reason you get bummed because you’re missing out on all this great music down there in Capital One’s Austin: the Live Music Capitol of the World, don’t worry; usually you can see really good bands during SX week when they stop in to play the Chat Room or wherever without having to be hassled by promo teams up in your grill with a new flavored water or some shit. Long story short, go to 1919 Hemphill tonight (Wednesday) for a heavy bill anchored by Bleak, from Syracuse NY, en route to play the Lost Well in Austin on Thursday. They’ll be supported by local sludge trio Mountain of Smoke (themselves headed to  SXSW), Dallas-based uh, synthgrind band Sleep Sweat, and Justus Proffit, a psychedelic pop punk band from L.A – if you’re a fan of Ty Seagal or Kurt Vile and are whining because you don’t get to see them in a crowded club full of marketers and industry dweebs, this band should scratch that itch for you. I’d say call this the show of the week, but Bongzilla plays at the Rail on Thursday, so… here’s a video of Bleak at a house party:

2) Here’s all I have to say about Bongzilla. They are super heavy, their songs are almost entirely about weed, and they’re playing the Rail on Thursday. The high volume, huge amp riffage mixed with frontman Mike “Muleboy” Mikala’s black-metal vox makes you feel like you’re in a battle scene from a He-Man episode that’s rated R for graphic violence. But besides the pro-weed lyrics and detuned, fuzzed out riffage, Bongzilla makes their sludgy take on doom metal swing hella hard – even if you’re as sober as Nancy Reagan when she started the War on Drugs, it’s pretty impossible not to nod your head to this shit. I guess that’s quite a bit to say about Bongzilla, but here’s one more comment: heavy music fans, don’t miss this show. And while an R-rated He-Man episode doesn’t actually exist, this short called Korgoth of Barbaria fills that niche handily:

3) Okay, fine. Here’s a listing for a non-heavy show: The Vandoliers are “gonna celebrate the return of patio weather by breaking in the new outdoor stage at Lola’s Saloon.” That’s from the Facebook event page; what they mean is they’re playing the Trailer Park, which is that other half of Lola’s that’s outside, technically located on 5th street. As a selling point, the show is early, starting at 6, leaving you plenty of time to enjoy some country music, patio weather, and some local beers before heading to the Saloon side of Lola’s for local ambient post-rock/sludge metal outfit Bathylite’s CD release, opened by Sharpy (who are followed by Bathylite) and featuring Dead Hawke, Sonar Lights (from Denton), and headliners Stone Machine Electric What can I say? There are a lot of heavy shit going down this week!

4) Per that previous sentence, Weedeater is playing Tomcats West on Saturday, with openers Today is the Day and Lord Dying, both of which will be familiar to anyone who knows anything about contemporary metal. This is a video from Noisey where these two dudes (Heavy Dicks) drink cough syrup with Weedeater’s Dixie Dave:

5) The Sunshine Bar has a free, Blackbox-sponsored comedy show Saturday night, featuring headliner Angel Rosales, with sets by newcomers Michele Benson, Aj Faji, Asher Allen, and Jasmine Ellis, hosted by Bryan Breckenridge, who’s been around the local jokester scene for a long time. I bet there will be material performed about cigarettes; I know I’d write some jokes about smokes specifically for a place like the Sunshine Bar! Check out Angel Rosales drinking beer and getting interviewed: