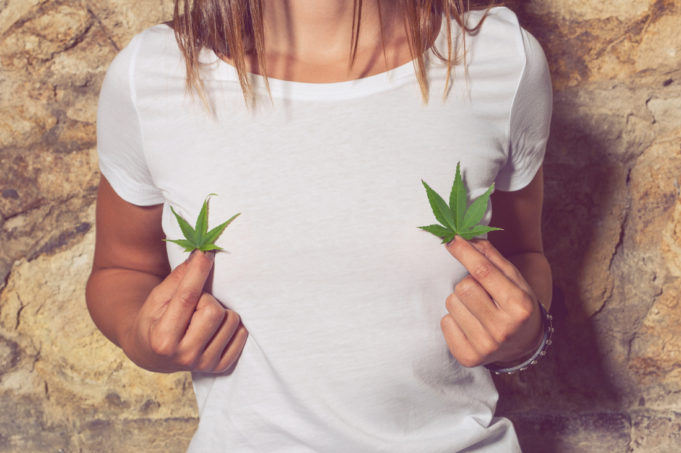 Look, I’ve smoked weed a couple of times, and I’ve never gotten high, probably because I was also drunk –– I think I heard somewhere at some time that alcohol negates the effect of the THC or something yadda yadda. Honestly, I did feel something after my last toke. At an apartment party in Houston in the late 1990s, I exhaled on the back patio, and a couple of minutes later I was curled up in a fetal position out front, nauseous, sweating, pale white, zapped of strength, and going in and out of consciousness. True, I had eaten some raw fish at a sushi restaurant an hour earlier. Also true, everyone else smoking from the same bong felt just fine. But the experience, which should have turned me off sushi forever, only had the perverse effect of making me swear off the ganja. Because that’s how my dumbass brain works. I have always loved sushi. Sheeba, as I’ve said, has never really done much for me. Now I had an excuse for my lack of coolness. And a reason to stick with my beloved beer. As if it’s healthier. It is not, especially if consumed the American/HearSay way (read: to falling-down excess). From the Centers for Disease Control and Prevention: “Excessive alcohol use led to approximately 88,000 deaths and 2.5 million years of potential life lost each year in the United States from 2006 to 2010, shortening the lives of those who died by an average of 30 years.”

Note the word “excessive.” Moderation in all things, as Horace once said.

How many people have died from excessive THC usage? A goose egg.

I would love to try weed again. I take a lot of meds for noggin problems, and I’ve read that the sweet leaf is good for a lot of my ailments and is less harsh on our livers than what Big Pharma feeds me. Mine checks out OK, but I’m only in my early 40s. I want my liver to last until I’m well into my 70s. (I figure I will have had enough of life by then. If not sooner.) I’m not so willing to begin toking to start buying the stuff illegally. I guess I’m just hopeful that Texas will get caught up in the legalization movement that’s sweeping the nation, despite the backward-assery of our wacko governor and his fellow lawmakers.

I don’t know the point of Fort Worth 420. Other than it’s a concert headlined by Shooter Jennings, featuring Lukas Nelson, and opened by Fort Worth’s Taylor Craig Mills, Green Light Pistol, and Vincent Neil Emerson. And that it’s at the Trailer Park at Lola’s Saloon (2367 W. 6th St., 817-877-0666) on Wednesday (April 20, a.k.a. “4/20,” a.k.a. “4:20,” a.k.a. the optimal time to burn one). And that tickets are $26-245. But I am hoping that representatives from DFW Norml or some other pro-legalization organization will be there to, I dunno, amass signatures for a petition to send to Austin, declaring, “Hey, Governor Abbott! Take off the tinfoil hat, gather your fellow clowns around, and understand that legalizing marijuana will help all of us in a few magical ways, namely by: offering sick Texans a healthier alternative to prescription medication; reducing crime; and –– this will put a jolt in your collective slacks –– generating thousands of jobs and millions in tax revenue. Can y’all put this at the top of y’all’s list of things to do, please? Thanks! Love, Fort Worth.”

I’ve never listened to Jennings or Nelson, and I don’t plan to in this lifetime or the next (no offense; just not interested), but Mills is a solid dude (great supple voice, good songs), Green Light Pistol is neat, and listening to Emerson, I’m just kind of like, “Why is the world making a fuss over this Sturgill Simpson guy, when this cat in our own backyard put out a debut album last year that is just as good as Simpson’s 2013 solo debut? Why didn’t national tastemakers jump all over Vincent’s record? Why aren’t people throwing money at him? Where’s Vincent’s opening slot for Willie and Dwight?”

Anyway, what the hell does anyone know about this seemingly built-on-randomness music industry. Nothing. If you do think you have a clue, boy howdy, you could make a pretty penny explaining it to the rest of the world, including me. And presumably to everyone not named Sturgill Simpson.

I know the cops and Lola’s get along great, but I would strongly advise against firing one up at the show. Be patient. Next year’s 420 event might be different. In a much better, greener way.