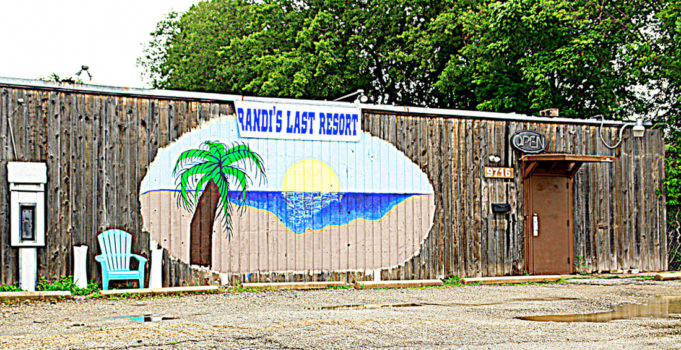 In the summer of 2013, I wrote about this place way out on Highway 80, past Doc’s Records and Vintage. Niles City Saloon was named for a former municipality overlapping a square mile of the Stockyards which got subsumed by Fort Worth proper in the mid 1920s. If you’ve read some of this publication over the past year or so, you might recall that Niles City also refers to Niles City Sound, the studio inside the building housing Shipping and Receiving Bar, where Leon Bridges recorded his smash debut album. I kinda rolled my eyes at the studio’s name, only because I found it so overzealously vintage. I get that the recording equipment is mid-century, but as far as I am aware, none of it is so old as to reflect a name of a place that hasn’t existed since before the Great Depression. But now, that studio’s moniker is perhaps the only existing nod to that little shred of Cowtown history, because Niles City Saloon is no more, having recently changed hands and names.

These days, Niles City Saloon is known as Randi’s Last Resort, the latest sister bar in a family of blue-collar lounges that includes Randi’s 2 to 2 on Alta Mere and Just One More on Highway 377. I guess because I hadn’t been to the saloon in a few years, I wasn’t exactly sure what was new, though I could tell there has been some remodeling. In that old column, I described the bar as “square.” Now it’s a trapezoid, and if I had to guess, the bar top has been refurbished. I also noticed some wall art that was clearly a new addition: the bar’s name emblazoned over rows of bottle caps arrayed within a border of yellow LED rope lights forming the outline of a surfboard, one of those swallow-tail shortboards you’d use for cutting up small waves because you’re an ’80s hotdog who memorized all the dialogue from North Shore. I thought it was kind of a funny idea, but there’s an illuminated Corona sign to the left of it. Find your beach, right?

As if to underscore that notion, I got into a cheerful discussion with the bartender, a lovely lady named Dodi, about Hawaii. She had vacationed on the Big Island last year and showed me some pictures of typically breathtaking sunsets, as well as some of her favorite scenery from in and around Kona. The pictures made me want to go on vacation, but then again, I was drinking $2.50 domestics for lunch at a place called Randi’s Last Resort, an activity that is recreational in its own right. I wondered if a dive on the outskirts of town could make it as a tiki bar.

Maybe it could, maybe not. It might be ultimately profitable and marketable for the owners of Niles City Sound to invest in recording gear that dates back to the era of Don the Beachcomber, but anything of that vintage does not come cheap, so I doubt that the owner of Randi’s Last Resort will waste her valuable time and cash chasing after ceramic shrunken head mugs and cocktail umbrellas. Don’t get me wrong. It would be very cool to see a bar like that appear anywhere in Fort Worth, let alone out on its western edge. But the bar is fun enough as it is. There’s pool, darts, and karaoke, plus a staff and regular clientele who are happy to have you –– when I walked in, a total stranger greeted me with the enthusiasm of someone who had known me all my life. Though this bar might have shed its historically minded name, its present form is more than worth recommending. –– Steve Steward