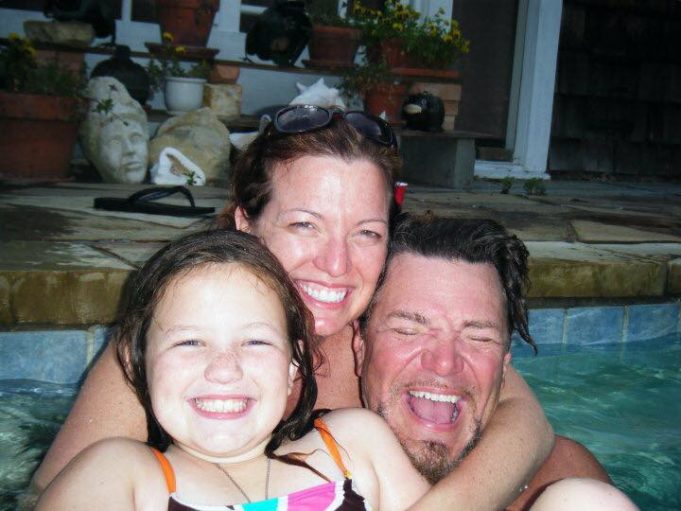 First, the good news. Veteran Fort Worth bluesman, painter, and all around great guy James Hinkle is alive. The bad news: His full recovery from emergency heart surgery last week might sidetrack him from a tour he had planned for months.

The surgery happened over the weekend, though Hinkle has always had a bicuspid aortic valve, a congenital disease, said bassist Lee Allen, a friend who has played with Hinkle off and on for years. Most of us have a tricuspid valve.

“You know you hear about basketball players falling over dead?” Allen said. “That’s what that is.”

Hinkle, Allen said, was his normal, fun-loving, wise-ass self at the lunch that the two of them and several other musicians attend every Friday.

“I was at work the next day,” Allen recalled, “and [my friends] were talking about [Hinkle’s condition]. I had no idea. ‘I was just at lunch with him yesterday!’ ”

Allen said Hinkle did not have a heart attack or any other major pulmonary episode, just that he felt ill enough to call 911.

“He’s doing better than before now,” Allen said. “He’s a little sedated, but he’s still Jimmy. The first thing he said to me when I talked to him: ‘Why’d you try to kill me?’ ”

Though the timing is never good for emergency surgery, now is pretty horrible for Hinkle, who was about to embark on a tour with his band. Featuring Fort Worth drummer Lucas White (Rivercrest Yacht Club) and two Belgians whom Hinkle met while touring Europe about five years ago, guitarist-singer Ed De Smul and bassist Stefan Borat, The Transatlantics had a dozen gigs planned throughout the Southwest, including stops in Austin and Houston.

“I’ll know what [the Belgians] want to do tonight,” White said, noting that De Smul and Borat were just about to land in North Texas at the time of our conversation. “Cut back on or go. I’ll see what the Belgians want to do.”

No word on the length of Hinkle’s recovery, though both White and Allen believe a fundraising show of some sort will be organized soon.

“I’m sure there’ll be a party for him,” Allen said. “I have no doubt in my mind … just a celebration of life.”

Hinkle’s wife Betsy and daughter Claire have been comforting Hinkle all week.

“I’m sure the whole community will be coming together to support Jimmy,” White said. “There won’t be a lack of people willing to help out.”

Update: The Transatlantics are performing tonight (Thursday) with Matt “Mojo” Tedder (see: below) in Dallas at Sons of Hermann Hall.

Matt Mabe isn’t just one of the best drummers in the state if not the entire human race. He’s a huge scene supporter and mentor to young rockers in Fort Worth and beyond, including younger brother Danny Mabe (Jefferson Colby, Picnic Lightning). Last week, Matt Tedder’s stickman launched a crowd-funding campaign for mom Terri Mabe, who is suffering from microseizures that have negated her ability to walk on her own and diminished her speech. Terri, middle son Matt writes, “is going to need some extensive physical therapy … along with mental therapy, possibly some in-home care as well.” More than half of the $8,000 goal has been reached so far. To donate, visit gofundme.com/HelpTerriMabe.