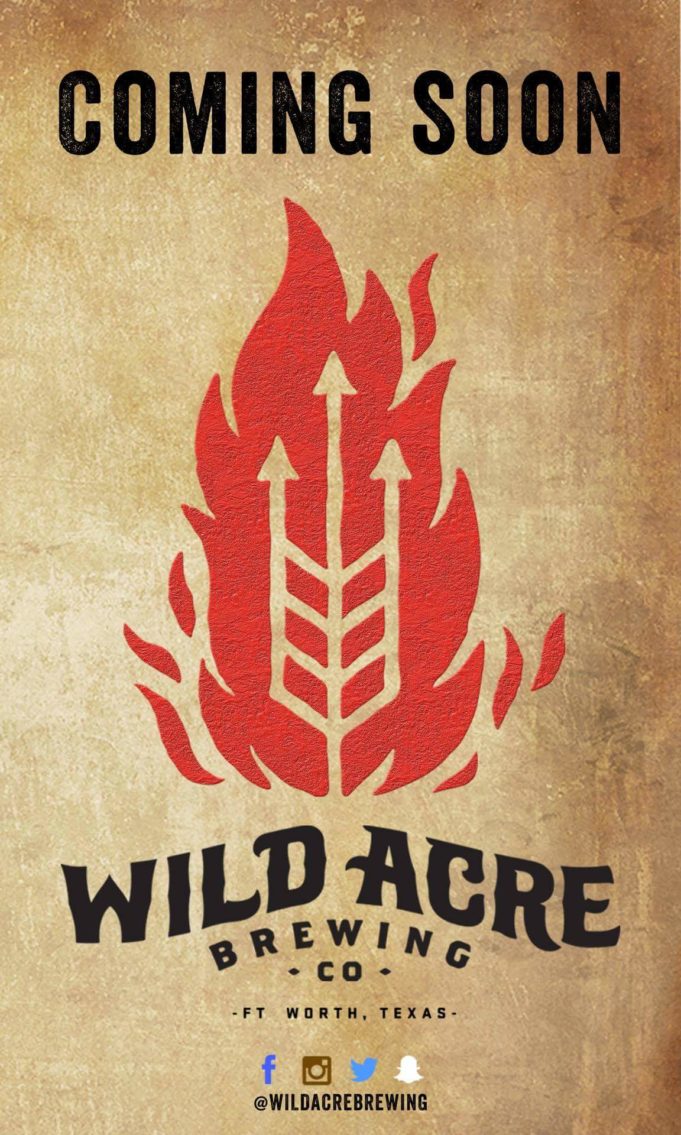 In this week’s Metropolis, I write about Benbrook resident Eric Addison’s travails as he works to open a brewpub in a metroplex that is largely exploding with breweries and brewpubs. His main problem is that he lives in Benbrook, a city whose council has limited the percentage that businesses (including breweries) can make from alcohol sales to 49 percent.

Long story short, he’s trying to collect 2,351 signatures to have that law changed. If you want to help him out, the only requirement is that you live in Benbrook. The best way to reach Addison is via ericaddison2001@yahoo.com.

When are Fort Worth’s next craft beer breweries opening? Specifically, when are Wild Acre Brewing Company and HopFusion Ale Works going to open their doors? Here’s an update from one of them.

From Wild Acre founder John Pritchett: “Construction is complete, and we have begun commercial production. We started brewing on Saturday, May 21, and expect to have beer available to sell to market in the next several weeks, likely the week beginning June 20. Beyond that, we expect to open the taproom to the public shortly thereafter. Possibly, that following weekend, which would be Saturday, June 25. If we don’t open that weekend, it would be one week later, not earlier.”

If you’re curious to learn more about Wild Acre, I profiled the place a few months ago.

Untapped comes to Fort Worth on Saturday, June 11, at Panther Island Pavilion (395 Purcey St, 817-698-0700). Doors open at 3pm, and in addition to performances by Built to Spill, The Hendersons, White Reaper, Bummer Vacation, and more, the event features 80 breweries and 300 beers. You can view the beer list here and purchase tickets here. Cheers.

On tap for next week is an update on HopFusion Ale Works’ grand opening.