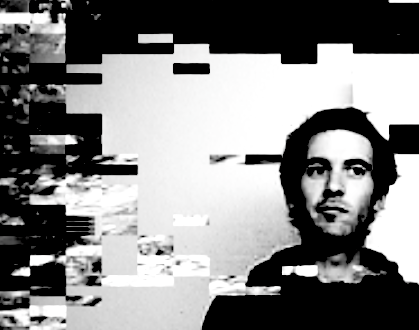 Some guys just have it. They have a knack for working their bands in all the right ways. I’m not saying that Joey Gorman is some sort of Svengali, just that he’s almost as good at getting a band out there as he is leading one. And he’s a damned good frontman. His first Fort Worth project after returning home from a Nashville sojourn, The Longshots, continues to pound out gritty, Stones-influenced pop and is solid onstage. Now Gorman has just started another project, not on the side but concurrent with The Longshots. With backing from his roommates, bassist Matthew Gibbons (Toy Gun) and drummer Noah Hall (The Williams), Joe Gorgeous is sort of a New Wave-y, retro-poppy mélange of The Cars and The Pixies. Haven’t heard of Joe? Well, you must not read Paste, the Georgia-based A&E site on which the Joe Gorg single “How Bruce Lee Died” premiered in March. That Joey.

Naturally, the national press is not unwarranted. The band’s forthcoming debut record, the two-song EP The Ugly Truth, is terrifically solid: clean, polished, synthetic, crisp, rocking stuff that’s way too dynamic for a gadget commercial or weepy moment on a CW drama but still easy to follow, easy to digest. Accessible. Just like The Longshots but a lot cleaner. And a lot less outwardly pained. With Joe Gorgeous, Gorman sublimates his rage at the garish Western culture in which we’re all trapped into piercing barbs.

The Ugly Truth also has some heavyweight ties. In addition to Nashvillean and former Fort Worthian Parker Donaldson (Spider Friends), who played guitar on the record and helped Gorman shape the songs, Gorman said, The Ugly Truth features contributions from two members of Nashville’s Kopecky Family Band, a signee to Dave Matthews’ ATO Records: multi-instrumentalist Markus Midkiff and lead guitarist Steven Holmes. The tracks were laid down in Nashville in November at The Glass Onion with J.D. Piner, who co-produced the record with Midkiff.

Gorman dived into Joe Gorgeous to be able to “say yes to shows,” he said, noting that because of geography and different places in life, The Longshots must say no to just about every show they’re offered. “There’s so much fire under my feet,” Gorman said. “We Longshots talked. Some of them weren’t ready to tour as much.”

Joe Gorgeous, conversely, is about to take off on a Midwest tour, launching Friday at Shipping & Receiving Bar (201 S. Calhoun St., 817-343-6393). Dallas, Springfield, Mo., and three Illinois stops, including one in Chicago and another at Daytrotter, the legendary Rock Island recording studio whose owners let bands passing through record a song or two and then post them. Tori Amos, Alabama Shakes, and Charley Pride are just some of the big names that have Daytrotted. That Joey.

The Ugly Truth will be one side of a forthcoming cassette release. The other side will be the two-song EP The Street Sharks Named Desire. “The Veldt” and “L.A. at Night” were home-recorded in the Fort with Oscar Velsco, a peripatetic one-man band (Beat Bums) from Nashville who always lugs around his recording gear and who was just passing through.

Though Joe Gorgeous may seem like a solo project, Gorman stresses that it’s a band-band –– for the tour, the full title will be Joe Gorgeous & The Street Sharks Named Desire.

“So far,” Gorman said, “everyone’s down with [Joe Gorgeous]. Everyone is receptive to putting their two cents in.”