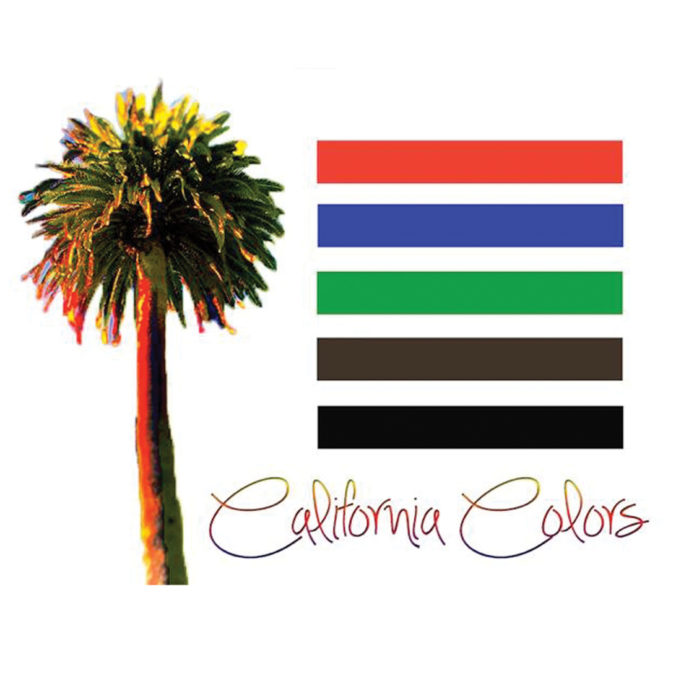 Fort Worth-based rapper Nice Major’s California Colors is a sonic collage of West Coast-style synth, slow-riding beats, droning, mind-bending notes, and intricate rhymes with superior pop sensibilities. The production quality is what stands out the most, as the 13 self-produced tracks shimmer with warm, textured layers of sound. “The Weekend,” “My Cortez,” “Blow,” and “Red&Blue” all warrant more than a few spins on your car stereo.

The album opens with the white noise of a busy urban neighborhood, as the Moreno Valley native transports the listener into the musical setting of his home state. The songs offer welcome respites from the usual round of boasting about finding deceptively creative ways to sell cocaine and vapid vamps about sexual conquests. Still, Nice Major’s style could benefit from further distancing himself from the typical conventions of hip-hop music and subject matter. He achieves that separation best on “Where I’m From,” a track that speaks about his own personal struggles growing up in his Los Angeles-area neighborhood.

For the most part, Nice Major’s flow is as smooth as his accompanying tracks with few pacing issues. The rapper’s undisturbed yet agitated delivery complements the production and creates a sleek experience for the listener. But guest MC Prudence Sneed delivers arguably the best performance of the album with her spoken word execution of “Red&Blue,” a commentary on black culture: “Black lives matter to everyone but black lives, right?”

There are other great lyrical moments on the record, though Nice Major does occasionally slip into rap cliché, such as “going a buck-fifty on I-20” and “we eat lobster; where the steak?”

California Colors doesn’t lack for ambition.  The project’s production shines the most when the splashy synthesizers carry the melody, the beat rides at a head-bobbing pace, and Nice Major flows from the heart. There are more than a few earworms that are interesting enough for hardcore hip-hop fans with enough pop appeal for a mass audience.  — Dimitrius Jones