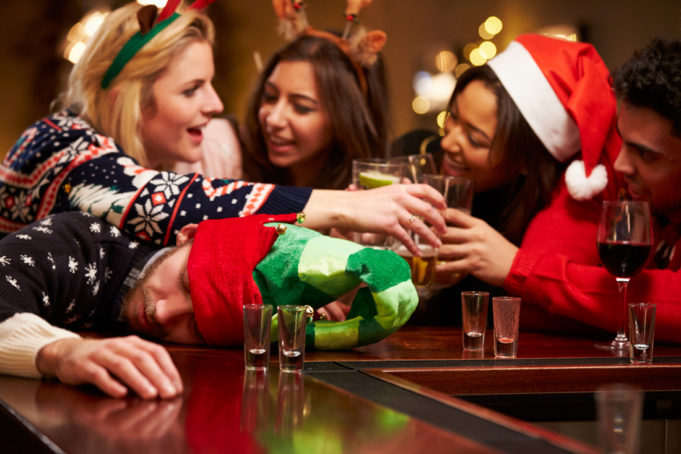 The good news: I’m taking a vacation from writing this thing for a couple weeks, in part because I need to give my liver a breather. I also need to rejuvenate my fervor for finding what the inside of sketchy bars looks like. The bad news: This is going to be another column about Applebee’s.

OK, fine. It’s not entirely about Applebee’s. I did go to a place in Bedford called Danny’s Celtic Pub the other day. Would you like to hear about it? I had a nice time, though nothing particularly interesting happened. If you go there, you can drink drafts of Guinness and Shiner or fill up on U.K. pub fare such as fish and chips, shepherd’s pie, and, a’hem, Irish nachos. Darts seem like a big deal here, and there’s a “Mid-Cities songwriter showcase” every Wednesday, which makes me interested in seeing if the Mid-Cities are their own genre of music. Potential band names: The Richland Hills Have Eyes, Euless than Jake, His and Hurst. Potential song titles: “Sweet Child NRH2O Mine,” “Jumpin’ Jack Flash in the Box,” “The Southlake’s Gonna Do It Again.”

Also of note: the pub’s charming origin story. The co-owners opened the place in tribute to the titular restaurant vet who died a decade ago at the age of 82.

The bartender was friendly and reminded me of Alyssa Milano. (Reader’s note to self: Go to Danny’s Celtic Pub. Now!) Next door is a place called Steakone that delivers steak, fajitas, burgers, and pasta from 4pm to 1am. If there’s a parallel reality in which I live in Bedford, I imagine I probably hang out at Steakone. A lot. If you happen to reside in Bedford and want a burger with your beer, you’re probably better off at Twisted Root than Danny’s, but Danny’s is solid for drinkin’ and hanging out with your friends. It’s a nice time.

However, in terms of bar-crawling misadventures, a nice time isn’t terribly interesting. A better story is how I went to Applebee’s on Friday night and had a typically Applebeesian experience. Applebee’s’ greatest selling point is that it is open until 2am, and it has a happy hour that goes from 9pm to midnight, not to mention whatever culinary boondoggle the chain happens to be peddling. I don’t know if late-night appetizers are still half price, but right now you can get two entrées and an app for $20. So, yeah, Applebee’s still kinda almost gives its food away, and despite what the chain’s rebranding attempt would have you believe –– who is getting fooled by this “wood-fired grill” stuff? –– it’s still Applebee’s. If I’m being honest, Applebee’s itself isn’t terribly interesting as much as it can be interestingly terrible.

As a case in point, I paired my cheap-ass draft beer with an appetizer I’d never seen on the Appelbee’s menu before: cheeseburger eggrolls. A brief Google search brought up a Rachael Ray recipe for these things. I imagine that when she makes them, they are delicious. At Applebee’s, however, they taste like the sort of Lonely Man at Home Microwarmable Cuisine™ found in a convenience store’s refrigerator, the kind you zap in the microwave for two minutes but remove after 48 seconds because you’re shit-hammered and starving.

I wasn’t drunk enough to enjoy such a snack, though I did eat all six pieces. I was, however, drunk enough to enjoy the ambient conversation. Applebee’s attracts a lot of characters from many different walks of life, and on Friday, some of them were trying to determine who loaded the jukebox up with Christmas music. I was among the wonderers, though I hoped the unseasonal soundtrack’s origin remained a mystery, because it was kind of hilarious watching the staff come out of the kitchen and try to piece it all together. Whoever was responsible, they picked a shit-ton of songs. If you want to give a stoner something to think about, change the ambience in a room into something that will make him or her second-guess what month it is.

Eventually, Nat King Cole gave way to Rihanna, and I gave way to my body’s stern warning against ordering boneless buffalo wings to-go and left. As the summer heat blasted the air conditioning’s chill off my skin, I figured there are worse places to spend a Friday night. After all, I could’ve gone someplace nice and boring. –– Steve Steward