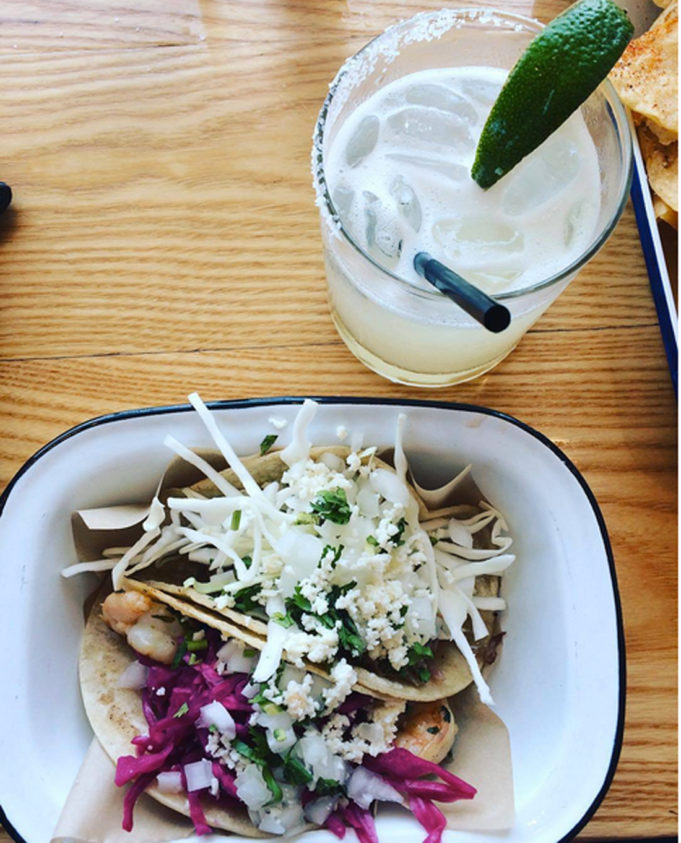 I know Fort Worth has its share of mixologists and drink snobs. I assume they gather at mixology summer camp to grow beards and workshop casually dismissive ways to indicate how we should be happy they served us. But mostly, Fort Worth remains a town that doesn’t take itself so Big D seriously. Pop into a new restaurant or bar in Dallas, and the drink menu is almost indistinguishable from a Smoothie King’s. When did cocktails transition into blenderized leftover salad from brunch?

I started thinking about the gimmicky cocktail trend while posted up at Taco Heads on a recent weekday. I was waiting for a friend and stalking Dallas drinkers on Instagram. Over in the Dallas Design District, Chef Stephen Pyles’ new Flora Street Café serves The Elotes Cocktail. Translation: Mexican Street Corn Liquid. It’s an amalgam of tequila, hot peppers, smoked corn, lemongrass, kafir, and cardamom –– all things never to be sucked together through a straw unless you are recovering from tetanus-lockjaw from stepping on a rusty nail (a real one, not the Drambuie-based cocktail).

Taco Heads is far too uncomplicated to please fans of smoothie-style cocktails. Their kitchen serve Elotes in solid food form –– just roasted corn, chile aioli, garlic-butter, and cotija cheese, sans immersion blender. The drink menu is simple, with a concentration on real flavors over fanciful descriptions. Absent were novel-sized menus of margaritas made from the delicate dew that rests upon a bed of Italian white truffles and wisps of elderflower crafted exclusively by Toms-wearing grass-fed elves.

The spacious patio splits the space between two buildings: one that houses a bar and the other a dining room. The real MVP? The bar is full of A/C. I’m not in the Texas summer fan club. I’ll mindlessly run around a sun-drenched patio following shiny stuff, forget to hydrate, and faint. But give me a cool indoor spot and an ’80s girl-pop soundtrack overhead, and I’m gold. (Science fact: Madonna’s “Holiday” played backward encourages staying in, reading some nonfiction, and getting a solid eight hours of sleep.)

From our climate–controlled perch at the bar, we were served by our drink-slinger Lacey a tart, bite-y, legit traditional margarita with fresh-pressed limes, El Popular tequila, Cointreau, and a light touch of agave to eliminate any sign of the sort of cloying sweetness common in other local place’s versions.

The staff split on recommending our next choice, the Avocado Margarita, but fitness–conscious smoothie fans will be onboard. The creamy consistency is unusual but doesn’t come across as liquid guacamole with tequila spilled in it.

Sunday Funday brunchers could use more of Taco Heads’ Jalapeño Margaritas and fewer sliders on a skewer dunked in ZingZang and called a Bloody Mary. I did miss the cucumber that makes Woodshed’s Cucumber-Jalapeño version my No. 1, but the tweak of heat here is soft. It’s not hot enough that everyone will think you are publicly weeping your way through a nasty breakup.

If you have to post Instagram-photogenic drinks, Taco Heads’ Caipirinha, the sexy Brazilian cousin of the mojito, could make a Real Housewife of Dallas cry moistureless robotic tears of jealousy.

Taco Heads represents what I like most about happy hour in Fort Worth. It’s a casual and unaffected place to grab drinks and food. The bartenders create concoctions that differentiate their establishment from the 52,764 places with similar fare in North Texas. It also leaves plenty of great spots to snap some Instagram-worthy shots without resorting to some smoothie-disguised-as-a-cocktail ruse. –– Susie Geissler