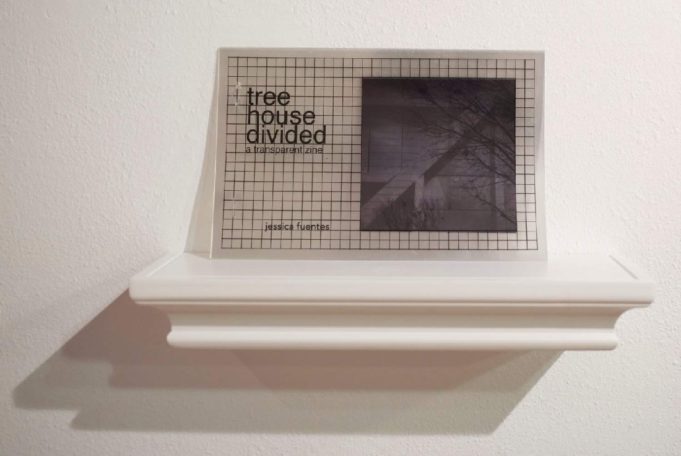 Even if you’ve been living under a rock for the past few weeks, you might have heard echoes of gunfire across the country. From Orlando to Dallas, Baton Rouge to Minnesota, it’s been a somber and sobering moment that has touched us all. I texted a few artists and a writer because I know that while they want to inspire us to our better selves, as they do in these blog posts, they are also affected by the things we all experience.

CB I just want to get a sense of how you’re feeling or what runs through your mind. Starting with Alton Sterling then Philando Castile. My first thoughts after the Dallas shooting were “oh man, I hope it’s not a brother!”

Devin Wright Brothers being shot is just a broken record that exposes how ineffective our organizers/organizations are. 2016 shootings are no different than 2015’s or 2014’s, and the response has been the same: outrage, hashtag, protest, then business as usual. I thought the Dallas shooting was definitely a change in the script, but because of the shooter’s quotes, it sounded rather scripted. The Dallas and Baton Rouge shootings honestly scared me once I found out the shooters were black. It gives the establishment more of a reason to treat us badly, because it helps them build an argument against the danger of blacks.

CB Yep. You said that your book kind of foreshadowed these events. How so?

DW I don’t want to spoil the plot but [my book] “When Touch Becomes A Luxury” was directly inspired by last year’s police murders and their escape of prosecution. I must say, there has been a fair amount of foreshadowing, but maybe I just got lucky.

Lauren Cross Right, I think my instant thought was heartbreak. I just found it hard to really articulate my emotions because I was so overwhelmed by it all.

CB I know. I felt the same way. I was making work about police violence and then this blew up in the last week of prep. I was frozen and overwhelmed.

LC I have always been pretty good at articulating my thoughts on racial issues, but for the first time I felt speechless because it seemed so close to home.  I remember my husband and I being so stunned by everything.

I remember being in a panel meeting recently and an artist being considered had done work surrounding police violence and the rest of the panel felt it was an old issue, and I remember having to defend the validity of the issue because it happens all the time whether it makes big news or not. With all that has happened I can’t help but think of how quickly we try to move on when the issues don’t appear to affect us.

CB It goes beyond empathy. Unless we are all affected in the same way, we will keep trying to move on. We really all have to identify with these victims. And they’re all victims.

LC I also understand how powerful unresolved grief is, and that there are different life events that cause grief, from the loss of a loved one to the loss of a dream or a hope. When I lost my daughter my husband and I went to grief counseling, and it was so helpful to understand all of the different feelings and stages of grief that we might be experiencing. I’m not isolated from the world I live in, and as an artist my job is to try to figure out a way to translate the things that I feel are happening in ways that can be meaningful. It is not easy especially during times like these.

CB You’re so right. I had a similar prism of grief, starting a body of work right when I lost my sister. I didn’t go to counseling and I should have. I took solace in the pieces I made as objects of grief and grieving. 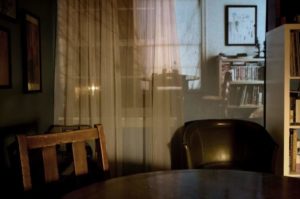 Devon Nowlin I was really alert and upset after/about the Orlando tragedy. Following the house filibuster, signing petitions, etc. The two deaths of black men by police made me question how any black man could have a neutral encounter with police the way that I do when I am pulled over. Of course they would not. I am nervous, but I do not fear being physically harmed. I feel I’ve come to better understand my own white privilege, but I don’t know know what to do with that other than try to be empathetic and understanding. With the news of the Dallas shooting, I have just become fatigued about it all. Unfortunately because it is becoming a norm, with the new Baton Rouge shootings too. I fear for myself being on a college campus more, even though TCU opted out of Campus Carry.

CB I’m with you about how exhausting it has been. I actually feel sick physically from it!

DN I admire people like you who can make work that makes people see the human element to these problems in a way that shows how you process it as well. In an outward sense, I tend to withdraw from confronting the worst of things and try to live my most peaceful life. It may not be always right. My goal is that in my own day-to-day that I show respect to people, and speak up when I disagree with other people’s bigotry when I am confronted with that. I think being an artist makes me naturally a more compassionate person that doesn’t see things quite as “black and white” as most others see it. It makes me really hurt for this country right now.

Jessica Fuentes It’s strange, sometimes talking through things with [my daughter] Julia really helps me to better understand how I’m feeling because I have to be careful with how I say things to her and really think through what I’m saying. So we’ve had some good conversations lately. In the car the other day we heard the reporting of the Louisiana shooting and she said, quietly from the backseat, “So, there’s been another shooting?” and it broke my heart.

I feel a little lucky that over the past year or so we had already been in conversation about women’s and minority’s rights in the past, which helped give her a lens to view and think about current events.

CB These are tense times especially as parents. Someone responded that it was fear and sadness.

JF So, what have you been doing to process this?

CB I’m afraid I haven’t been processing too well. All this happened within the final 3 weeks before my exhibit, which deals with police violence. So I’ve been fully immersed and emotionally drained. But I could also see this current work as being a way of processing.

JF Yeah, absolutely. I think art making can be a step in processing. But what I keep coming to is –What’s next? How do we turn these emotions into an agent for change? And how big of a change counts or matters? I guess I feel like the Facebook posts and conversations with family are small first steps to encourage change and dialogue with those closest to me.

CB I don’t want to make this work, nor do I want to feel it in my core. It’s just painfully inescapable. I know we all respond in our private ways and I respect that. I also agree that we owe the life we have to living and being, as best we can. I don’t want to be consumed by the wrongs around me. If anything I just wanted to say something and move forward, you know?

Annette Lawrence Thanks for your text this morning. I have been having conversations about the current state of violence with friends and family, but I haven’t written about how it is affecting me. I am feeling cautious. It seems like the dial has been turned up. A friend was pulled over by the police the other day and called his wife, who was with a group of us, just to have her on the phone during his interactions with the officer. He was afraid. He was given a warning for running a yellow light. Nothing happened this time, but a UNT Professor was scared. The group was witnesses on watch.

My sense is that anything can happen at any time and my antennae are up. I am reminded of an interview of a civilian woman living in Beirut during the 2006 conflict between Israel and Hezbollah. She was describing the devastation of her city in response to the reporter’s questions. His last question was something to the effect of: How are you staying safe? She flatly responded, “I am not safe”. Her answer has stayed with me to this day. I could hear a sense of incredulity about the question in her voice. The very concept of safety was bizarre in that moment.

One more thing that I’ve held on to, also heard on KERA 90.1, is a response to the mass shooting in Orlando. A man that was volunteering to translate for the families of the victims spoke of his resilience. He spoke of the spirit of his community. He said, you can’t kill me, I’m an idea, I am timeless.

I’m bouncing around your question. My thoughts and feelings are unsettled by what has happened lately. Writing this has helped. I can’t see it from the center, and will need some distance to understand it better. Staying alert and in touch.