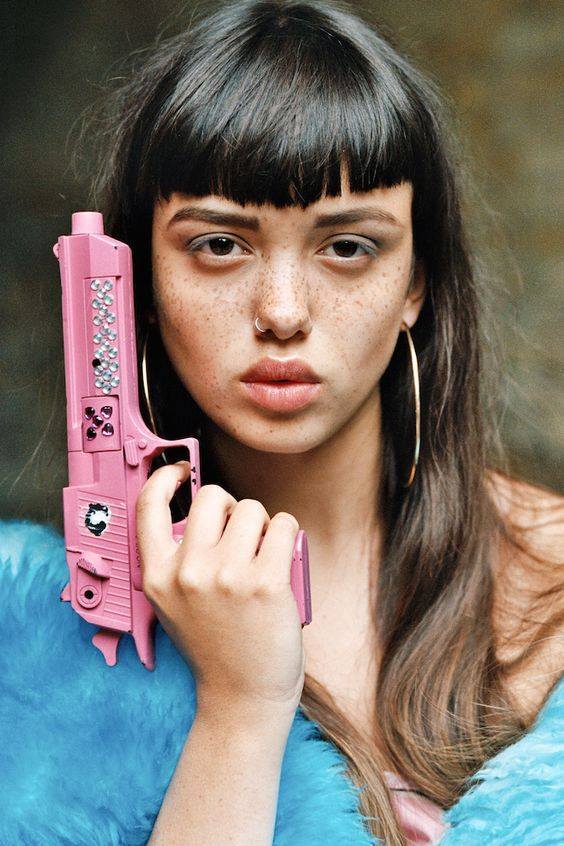 Before you ask, no, you will never see an “all-male art show.” At least one that isn’t some sort of wink-wink statement. We dudes don’t need any help. We couldn’t have it any sweeter. And white guys? Shit, we hit the Powerball of life twice in a row. As many women in the allegedly egalitarian West are still fighting for ownership of their own bodies –– along with battling to be paid as much money as men for doing the same jobs and kicking and punching to obliterate the notion that sex is a woman’s primary purpose –– women in the Middle East just want to be able to freakin’ drive a car, man. For all these reasons and quite a few others, Don’t Call Me Baby: An All-Female Art Show is here.

Starting at 8:30pm on Saturday at Shipping & Receiving, the inaugural event is not without some context. Yes, I think the average woman artist would rather be known as simply “an artist,” but when she has the opportunity to expose the progressive female perspective to blokes and patriarchy sympathizers, she probably doesn’t mind the qualifier. But I don’t know. You’d have to ask a female artist.

Along with food trucks, a live graffiti set by Sabrina Hart, zines, indoor skateboarding, and more, there will be rrrock. Dallas’ Party Static, with The Bralettes (Fort Worth high school seniors) and Fort Worth’s kickass Bitch Bricks, whose incredible debut recording, The I’s of Man, was one of the best albums (locally or nationally) of 2014, will open for L.A.’s proud and rowdy Period Bomb.

But the art will be the thing here. With all due respect to Michelle Brandley, Devon Nowlin, Leslie Lanzotti, Winter Rusiloski, Nancy Lamb, and every other female art star in the Fort, Don’t Call Me Baby promises some serious, pro-quality visuals, most with a pop-culture bite. Sophia Ceballos’ portraits, amoeba-like drawings, and sculptures are whimsical, colorful, and airy and like the work of Zush-Evru –– and Henry Darger and Adolf Wölfli –– betray the kind of hyper-focus that results in millions of tiny, hypnotic lines. Like the whole world is spinning at 78 rpm, but you’ve slowed it down to one long, leisurely, precise stroke at a time. That’s good for the brain. Diana Urbina scrutinizes domesticity through the lens of politics, while April VanValkenburg crafts wispy, stark, psychedelic portraits that verge on fashion photography. Another awesome artist is Shasta Haubrich, whose contributions to Magnificent Tempest: The Exhibitionists, a 2015 Artspace 111 show featuring the work of local museum employees, had “all the humor and balls of ’60s conceptualism … without any of the ironic detachment or fuck-you condescension seemingly intrinsic to neo-conceptualism,” according to Weekly art critic Christopher Blay. What Haubrich did was analyze seasons 37 and 38 of SNL via pie charts and hand-painted text, offering an unasked-for and inapplicable equation for max comedic value. That’s, um, ballsy.

Admission is $12 per person, and a portion of proceeds will go toward The Women’s Center, a 37-year-old Tarrant County nonprofit offering rape crisis and victim services, violence prevention and education, employment help, and general counseling. Interested in helping out or participating, contact curator Sarah Moore at sarahembooking13@gmail.com.