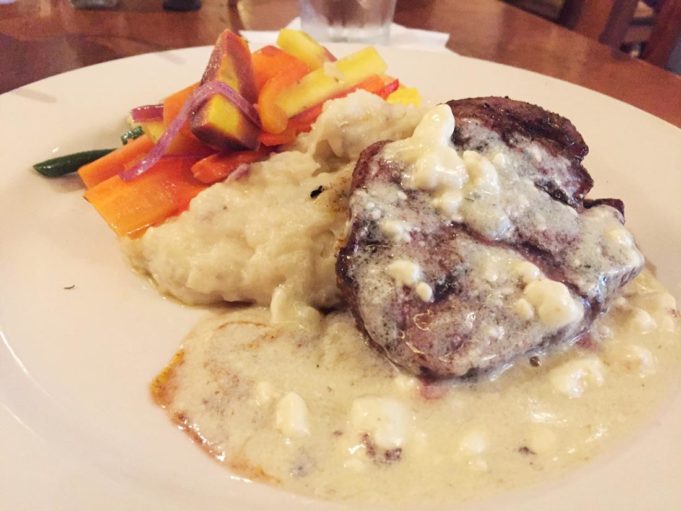 Is it just me, or does is seem like DFW Restaurant Week is losing its steam? By my count, there are only 15 restaurants in town that are participating in the fixed-menu event benefiting Lena Pope. Last year, based on a list of the official participants, there were 20.

Back in my industry days (said while sitting in a rocking chair, my shoulders covered by a knitted shawl), the whole city was buzzing about Restaurant Week. Foodies were excited to check out eateries they’ve never visited, and business owners were happy to get new butts in their fabric-covered seats. Us staffers viewed the whole thing as amateur week, but at least the event’s requisite three-course, $35 fixed menu meant our brains could mostly take a week off. In retrospect, every restaurant where I  worked gained fans and loyal customers that week, and it was an overwhelmingly positive, if sometimes tedious, experience.

I’m just guessing here, but I’d bet there were closer to 30 places that signed up for Restaurant Week back then –– and that’s not including the joints that were unofficially involved and created a menu but didn’t give any money to charity. That used to be rampant. If social media was as prolific back in the early aughts as it is now, we could all shame those leeches.

If you plan to jump on the RW wagon, I hope you like steak. Of the 15 kitchens that planned menus, the vast majority are overwhelmingly meat heavy. And, to my knowledge, only one restaurant, Reata Restaurant (310 Houston St, 817-366-1009), is serving the special offerings at lunch.

Ever the foodie fan, I couldn’t wait to get my week of the munchies started. A guest and I be-bopped over to Reata on the first hour of the event on Monday, and we behaved like teenagers at a One Direction concert. Of course, I’m not allowed to just be a fan of great food. My critic gig forces me to look at the grub objectively.

Disappointingly, my guest decided to order off the regular menu –– I can only assume he hates fine-dining and giving money to a great cause. I walked that road alone.

I think I’ve been taking Reata for granted. Maybe it’s the schmaltzy Texas/ Western-themed movie décor, various animal heads hanging on the walls, and a weird-for-a-restaurant-not-named-Cracker-Barrel gift shop, but at some point I decided that the downtown touchstone was just for tourists. My recent visit has forced me to reconsider that stance.

The dining room was fairly busy, many of the patrons were members of the fanny-packed masses, but there were also a fair number of business types, too.

My first course was a little underwhelming. The only choice for the opening salvo was a fairly bland wedge salad with tasteless iceberg lettuce, an inoffensively sweet pico vinaigrette, and blue cheese.

The entrée and dessert saved the lunch. My grilled tenderloin was cooked a perfect, juicy medium rare, and sat on a bed of luscious mashed potatoes, al dente mixed veggies, and a creamy Gorgonzola sauce. The strawberry cheesecake was a light, airy, elegant ending to a decadent lunch.

My Restaurant Week is off to a good start, and I rediscovered my Reata love. So, for at least a day, the event met one of its intended goals. I just hope this thing catches on … again.